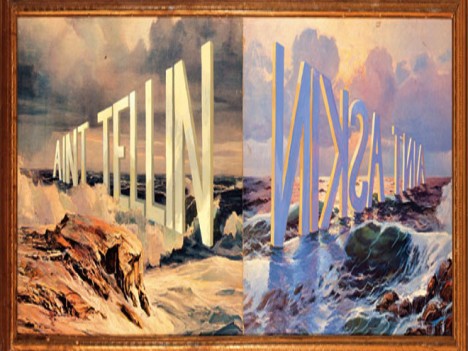 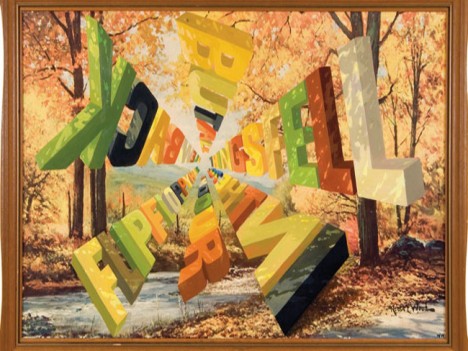 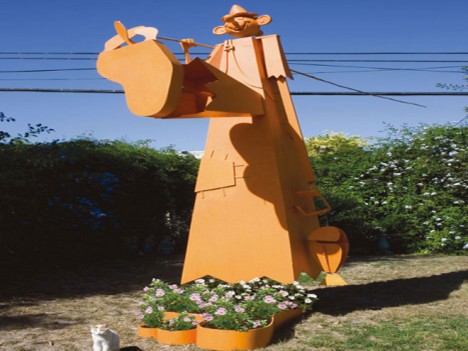 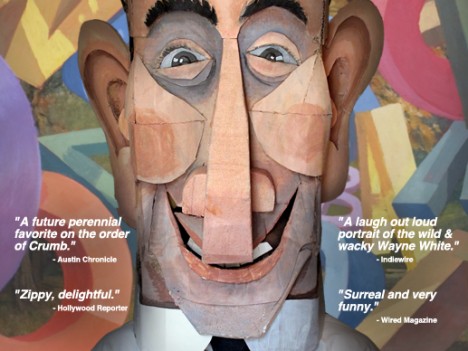 The new documentary film 'Beauty is Embarrassing' chronicles the creative life of visual artist Wayne White and provides the viewer with a wonderful portrait of a successful artist. The film recounts the story of White from his childhood through many iterations of his career: puppeteer, cartoonist, animator, illustrator, sculptor and art director. In recent years he has gained much critical acclaim for his fine art paintings, however, he is perhaps best know for his work as a puppet designer on the classic American children’s television show, Pee-Wee’s Playhouse. Although White may seem an unlikely source, his positive outlook on work and his common sense advice holds some practical insights for today’s freelancers.
By Jim Blackstock - Friday, 08 March 2013

Wayne White is a talented visual artist, but what does that have to do with freelancing? Well, some might call artists the original freelancers. They are hired specifically for their distinctive abilities, which in turn leads them to more work and more opportunities. Today’s freelancers do much the same thing, so it makes sense to glean what we can from the habits and anecdotes of those in similar situations.

In fields as diverse as programming, writing and industrial design, individuals are eschewing the traditional model of ascending the corporate ladder, in favor of taking their unique skills directly to the appropriate clients. Coworking spaces are sprouting up everywhere and establishing themselves as a legitimate alternative to the standard office, creating lively communities with a common bond. It is now estimated that more than a third of the workforce identifies themselves as freelance. So what can coworkers and other freelancers learn from someone who’s been making a living with his art for over thirty years?

White has made a name for himself in the realms of puppeteering, art direction, and painting. His diverse set of skills makes him utterly unique. His curiosity and unbounded mania for exploring different forms of expression have made him who he is. Early in the film he explains his motives, “It’s been a long wild ride for me. You know, everyone’s like: ‘choose one thing and do it well’...[but] I want to try everything I can. I want to take this painting idea and see if you can do a puppet version of it. I wanna take the cartooning and turn it into a [film] set. I wanna take the set and turn it back into a painting.” Much of White’s success can be attributed to his exploration of the seemingly unrelated connections between his interests.

Freelancers shouldn’t be any different. Gone are the days of companies hiring the first  person to have a degree in a specific field. Employers are now seeking multi-faceted workers with an eclectic knowledge of divergent areas. The people getting hired first are those who have at least some understanding of a vast array of disciplines. Look to the things you are passionate about and try to incorporate them into your next project. Allow yourself to be influenced by the things you love and let them weave earnest threads through the current of your work. Those with a portfolio that can illuminate non-linear connections between the different projects they have completed, will be far ahead of the competition.

White grew up in a small town in East Tennessee, plying his trade by drawing and making art for himself. He lived a somewhat isolated creative life until suddenly, things changed. He goes on to describe the joy he felt when he first arrived at University and met like-minded individuals. At last in a place of collaboration, White was able to develop important peer relationships and gain inspiration and comfort from the understanding of his fellow students. The people he surrounded himself with were sympathetic to the trials and tribulations of the artist. He was no longer making art in a bubble. This period of inventiveness allowed him to develop a foundation of ideas that he would utilize again while working on Pee-Wee’s Playhouse.

In much the same way, the modern day coworking space has developed to satiate the growing need for social interaction among freelancers. Once private and isolated jobs can be enjoyed with a support group of people who are not alone in the undulating world of freelancing. Individuals can reap many benefits from the communal aspect of the coworking environment, even if they prefer to work alone or swear by their introverted ways. If you have been creating work in a vacuum, it can become dark and frustrating at times, but like a good friend, the ideal coworking space is there for you when you need it. It’s a place to gain valuable critiques or to recruit help for solving a vexing problem. In addition, coworking spaces help create the essential environments for networking connections and help lead you to the next great opportunity.