Image: Deskmag - Click on this image to look at the charts. 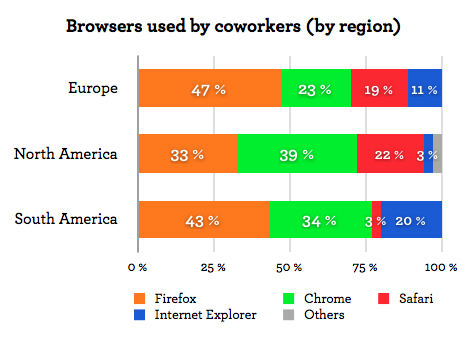 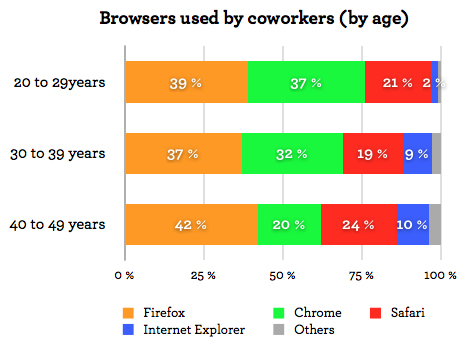 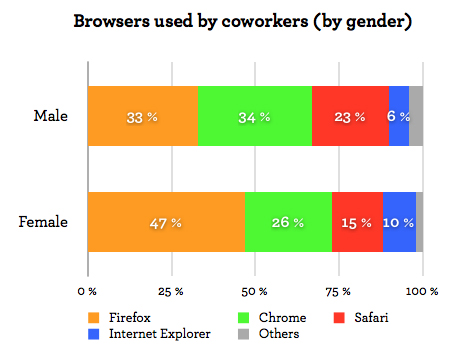 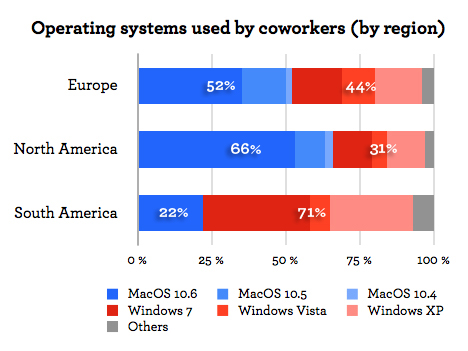 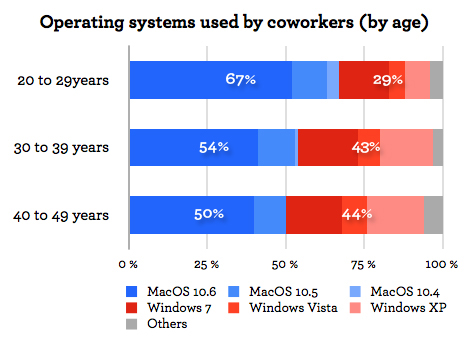 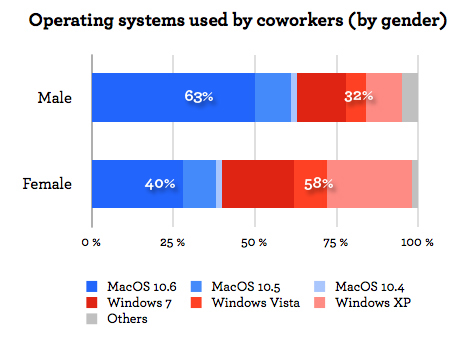 Technology is a major part of coworking life. Nearly all coworkers use laptops and the internet on a daily basis. So what operating systems and internet browsers do coworkers use most often? The answer differs widely depending on age, gender and location. There’s good news for Google – its Chrome browser has overtaken Firefox in several demographics. Internet Explorer, however, has become as popular as the Ebola virus. In terms of operating systems and brands, Apple remains the favorite except among women, with whom Steve Jobs seems to have little appeal.
By Carsten Foertsch - Tuesday, 01 February 2011

Chrome beats Firefox – at least for men, and especially in the U.S. and Canada. In particular, programmers and web designers put the Google browser in top position. Firefox still dominates in Europe and South America, and amongst women in general. Safari is used by about 20% of coworkers, coming in third place in the browser race, except in South America where Internet Explorer occupies that position. In North America and Europe the Microsoft browser’s share has shrunk to become a niche (to put it politely).

In North America, however, an Apple is the standard work tool of coworkers (66%). There, Apples are cheaper to buy than in Europe, where at 52% the usage is still strong but somewhat smaller.

In the gender comparison, Macs enjoy extreme popularity amongst men. Two out of three male coworkers use an Apple device. For women, the situation is the opposite, with almost 60% using the Windows operating system, and the XP version being the most widespread (26%). For men, the majority use the latest version of Windows if they use any Microsoft platform at all.

Comparing by age, Apple computers dominate the younger coworker demographic. Firefox is equally popular amongst all age groups, but Chrome is gaining in the younger crowd. Only 2% of 20 to 29-year old coworkers use Internet Explorer, compared to at least one in ten from the 40 to 49-year old age bracket.

The results are based on data from the global coworking survey, carried out by Deskmag and its partners.