The Borderless World of the Coworking Visa

The Good Lab in Hong Kong 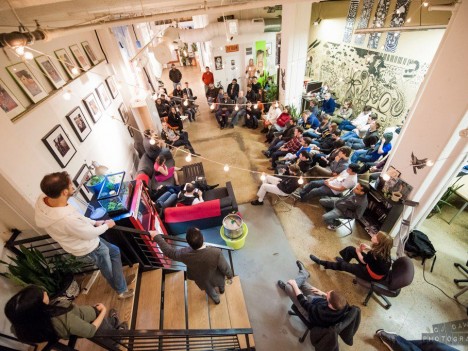 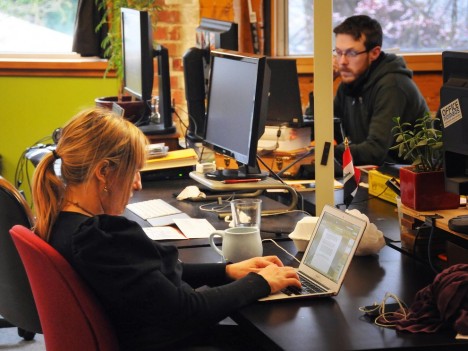 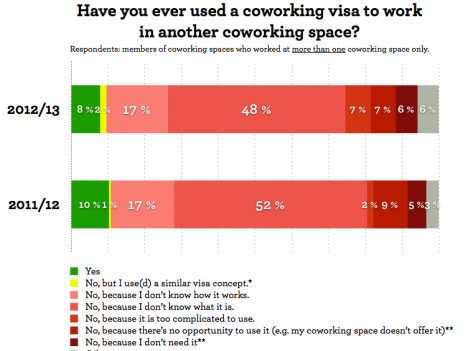 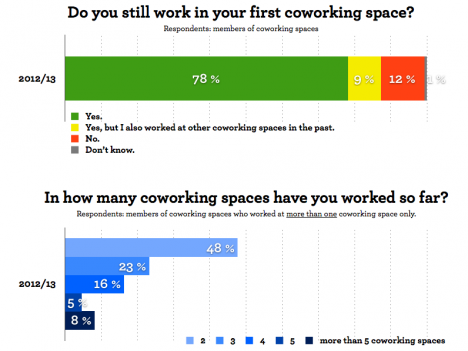 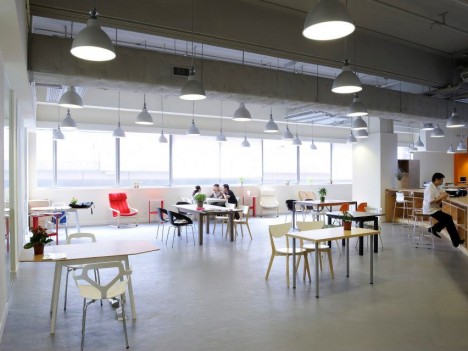 For some people coworking is all about mobility and flexibility, and these people have stretched this concept to unlimited possibilities, where variety has plenty of space to roam and explore, all in the name of the “coworking visa”. A simple seed of ingenuity in 2008 has now blossomed into a huge tree, with branches stretching far and wide into all corners of the globe. Deskmag got a closer look at how far coworkers and coworking spaces have taken this flexibility.
By Christina Ng - Monday, 13 May 2013

Two months ago, The Good Lab in Hong Kong piloted the coworking visa scheme with Xindanwei in Shanghai, where members can show up at each other’s spaces, present their active membership card, and use the spaces free of charge for one day. If the member decides to stay at Good Lab or Xindanwei for more time, then he or she has to pay in cash at 50 Renminbi (about 6 Euros) per day.

Tony Yet, Community Curator of The Good Lab explained, “We did this because we want to build a mutually-supported network of coworking spaces in China and beyond. People on our social media channels like this idea a lot!”

Originally started in 2008 in the United States by a group, which includes Jacob Sayles and Susan Dorsch from Office Nomads in Seattle, the idea began as an exchange program. The coworking visa, in its essence, allows the member of one participating coworking center to work at another without having to pay the fees. Most centers ask that you notify them in advance and provide proof that you are a member of one of these participating centers. Many, however, are always free for drop-ins.

“We created the most basic structure possible (up to 3 days free of charge) but leave all the details to visiting members and the coworking space they are visiting,” said Sayles, when discussing the development of the program in a recent interview with Deskmag.

“The strength of the visa program is the simplicity. At its core it's a declaration of solidarity between coworking spaces around the world and a declaration of values. For this purpose it is a resounding success,” continued Sayles.

However, the program seems to garner mixed feedback from coworkers so far.

According to statistics collected from Deskmag based on the 2nd and 3rd Global Coworking Survey, the number of people who have used a coworking visa to work in another coworking space have dropped from 10% in 2011/12 to 8% in 2012/13, out of the number of coworking spaces’ members who work at multiple spaces only. In the 3rd survey, 2% of the same group have opted to participate in other schemes similar to the coworking visa concept.

There was also an increase in the number of people from this group who do not use the visa because they think it is too complicated. The numbers show that it went up from 2% to 7%. Most of the people were surveyed from the same group work in two coworking spaces, with only 8% of them having worked in more than five spaces.

On the other hand, in another group of respondents comprised of general coworking space members, 78% of them still work at their first coworking space, and this says a lot about member loyalty.

Some coworkers like Cristina Santamarina, project director of the Coworking Wiki, have also told Deskmag that they are very happy with the openness of the program.

Santamarina, who has used the coworking visa on a few trips, said: “There is something funny about the coworking visa - whenever I have been to a space that is part of the visa program, I have never been asked to prove that I was working in another coworking space! I think the key is that there is no money involved - the visa works based in the solidarity of coworking spaces. I guess if there'd be a fee or transfer of credits or so (such in other programs like Copass) this would be more complex.”

On the part of coworking spaces, a mere 22 coworking spaces in 10 states and six countries, which participated in 2009, have now increased to more than 100 all over the world now, with spaces found in countries like Argentina and Australia.

Coworking spaces in countries like China have recently jumped on the bandwagon as well. In Europe, Shoreditch Works in London has also started to participate in the program, starting in August of last year.

“We accommodate visitors for free in exchange for our members being able to use other spaces for free. There is an informal code of conduct to ensure fair use - typically 3 days is the most someone would be allowed to use a space per trip,” said Jonathan Lister, cofounder of Shoreditch Works, when asked how Shoreditch implemented the program.

He explained that over the time period that they have been participating, they have seen about half a dozen visitors from Belgium, France and Germany.

“They seem to love being able to use spaces in other countries,” said Lister about the coworkers. He personally thinks that the coworking visa scheme is great and fun, but that it will inevitably become formalized and commercial as the coworking movement matures.

▶ Next page: Projects that will help manage the coworking visa