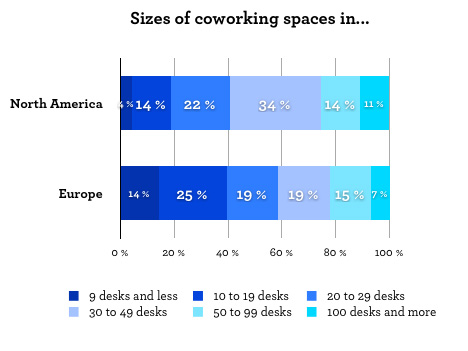 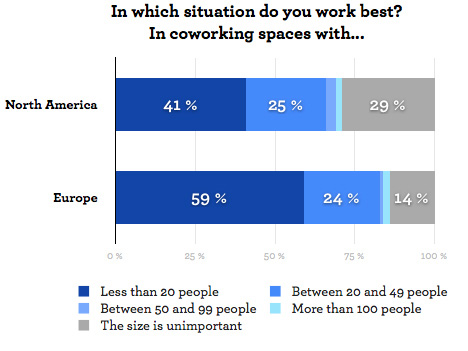 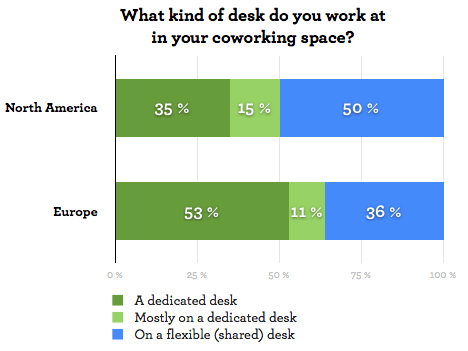 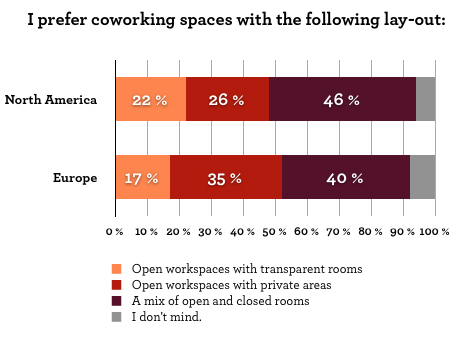 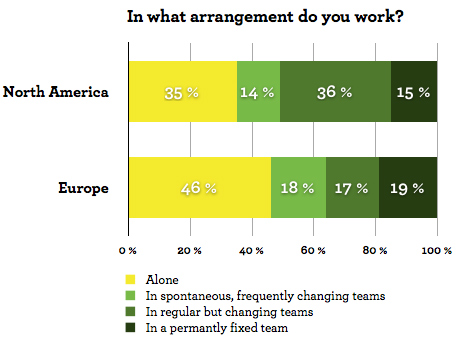 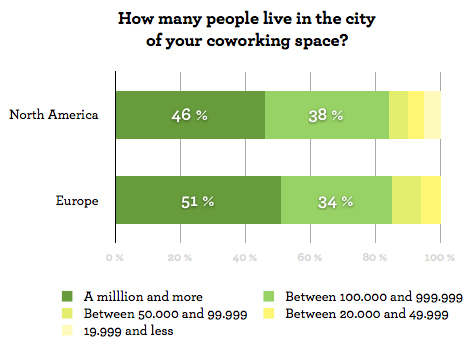 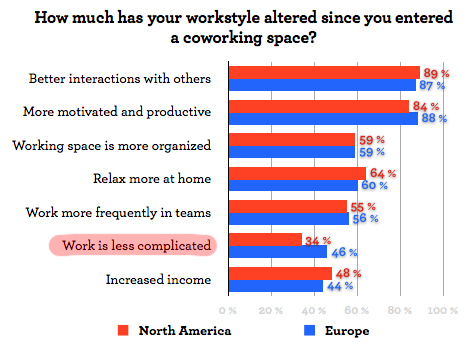 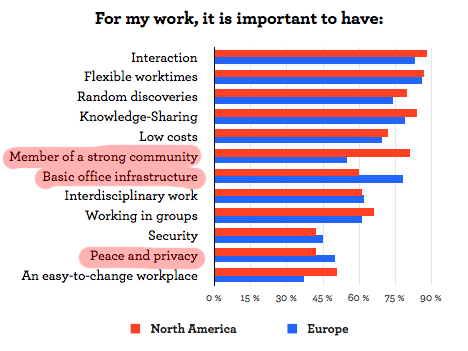 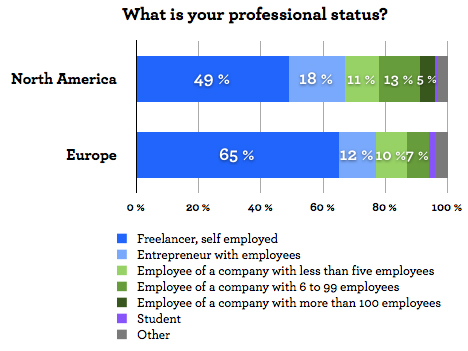 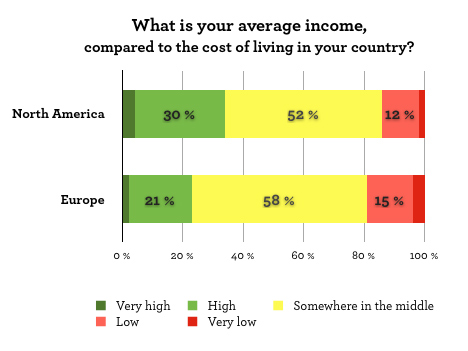 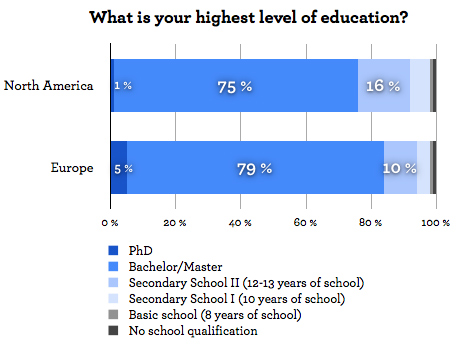 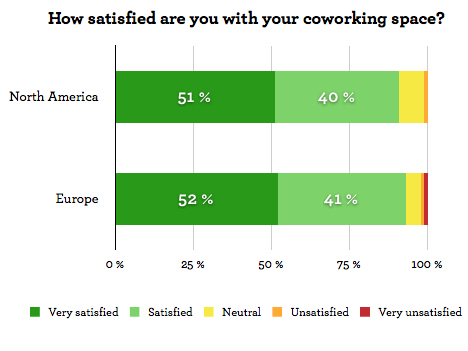 What are the differences between coworking spaces in North America and Europe? The Global Coworking Survey reveals that North American coworking spaces are larger, with more flexible desk users. Community is more importan to them. They earn higher incomes, and there is a lower proportion of freelancers than in European coworking spaces. But on both sides of the Atlantic, coworkers are highly content with their workspace, with two-thirds declaring no intention to leave any time soon.
By Carsten Foertsch - Tuesday, 08 March 2011

The preference for all things extra-large in North America also extends to coworking spaces. There is an average of 43 coworkers which can work in one space at the same time, while in Europe the average is 34. In North America, two-thirds of all spaces can accommodate 30 coworkers or more, in Europe it is less than a third.

However the utilization of desks does not increase with size. In the U.S. & Canada, the rate of desk utilization is on average 43%, and for more than half of coworking spaces it is less than 40%. European coworking spaces, although smaller, put a higher proportion of their desks to use (54%).

The reduced capacity utilization in North America doesn’t necessarily lead to financial losses, however. Rents on the western side of the Atlantic are usually much cheaper, and the commercial properties available for rent are usually larger than in European cities. And North American coworking spaces are more likely to be located in smaller cities or suburban locations. Thirdly, coworkers need larger facilities for getting more flexible desks.

Almost one in two coworkers use a “hotdesk,” while in Europe only a third take the flexible option. As a result, North American coworking spaces must often keep more desks free for their drop-in members. But they earn money even with empty space. 60% of coworkers use paid plans that have 24/7 access, the same proportion as in Europe.

In North America, more coworkers express a requirement for a strong community (81%, compared to 55% in Europe). Europeans place a greater emphasis on good office infrastructure (78% to 60%). They are also more concerned about their privacy at work (50% to 42%).

And in Europe, two out of three coworkers earn a living as a self-employed freelancer or entrepreneur. In North America, the proportion of entrepreneurs with employees, and employees of large companies, is much higher. This is why they are also more likely to work in teams with others, and earn an higher income.

European coworkers are slightly more educated, 84% have at least a bachelor’s degree, compared to 76% in North America. However, both figures are extremely above average. Europeans also express a greater desire to utilize the Coworking Visa program with worldwide options – although perhaps their proximity to other countries contributes to this.

The desire for interaction and the preference for flexible working hours is equally strong on both continents. The average age is similar – 34 in Europe, 34 in Canada and 33 in the U.S. On both continents, two out of three coworkers are men. The types of jobs they undertake are also similar, although in Europe there are slightly less programmers in coworking spaces than in North America, and a few more people working as architects and consultants.