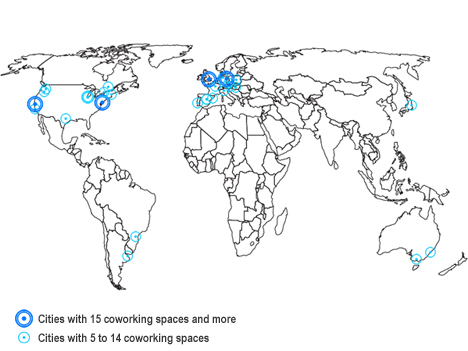 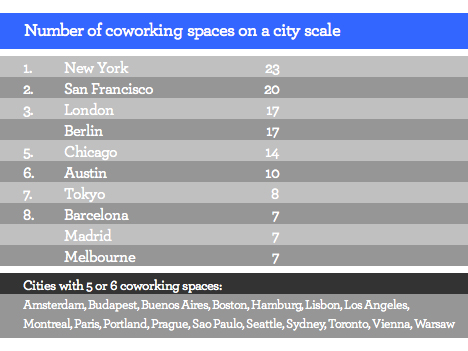 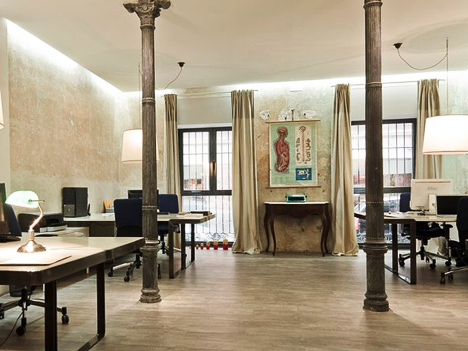 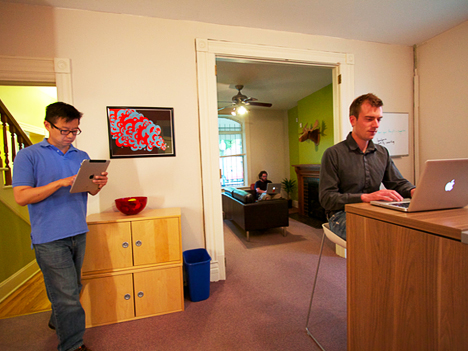 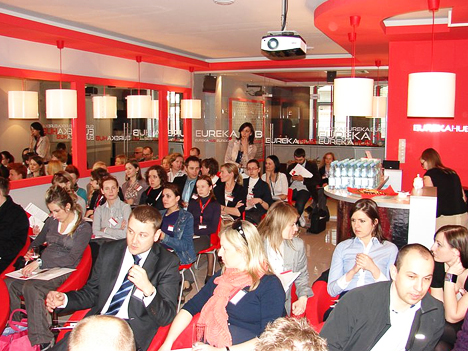 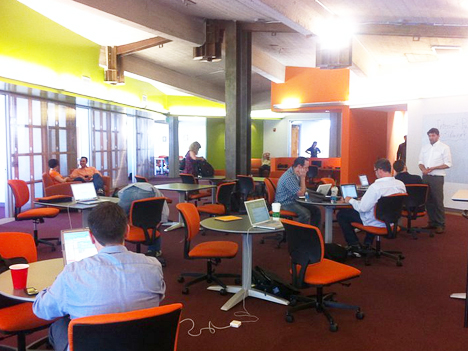 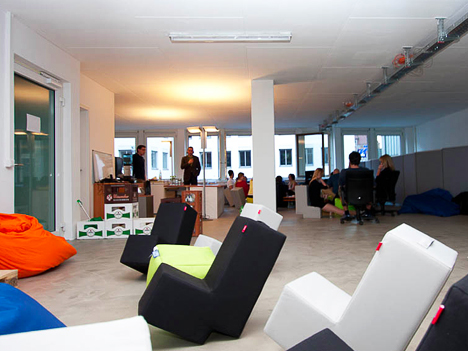 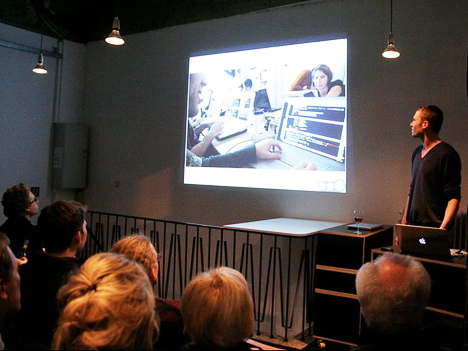 When we aren’t writing about coworking spaces, we at Deskmag are counting them. The number of coworking spaces worldwide increased by 17 percent between February and May, Deskmag’s latest analysis shows. That’s the same growth rate experienced in the preceding four months, showing that interest in coworking is expanding at a steady pace. South America and Oceania are still the regions experiencing the biggest boom. Worldwide there are now 820 coworking spaces.
By Carsten Foertsch - Monday, 30 May 2011

Deskmag keeps a close eye on the growth of the coworking movement. We don’t just track new additions to our sister site Deskwanted; we also pay attention to other shared office listing sites, coworking forums and Twitter announcements to keep an accurate overview of what’s going on. Our previous desk count covered the period from 1 October 2010 to 31 January 2011. The current count is for 1 February until 31 May 2011.

Our latest analysis shows that growth in coworking is slowing slightly in North America. There are now 380 coworking spaces across the region, an increase of about 12 percent. 30 of those are in Canada, the remainder in the USA. In both countries, an additional 40 coworking spaces opened their doors since the last count.

Coworking in Europe is still growing strongly, increasing by 21 percent in the latest period. Most notably, freelancers in Spain, Belgium and France can now enjoy more new collaborative work spaces; in these countries, the number rose by more than a third.

Despite being a larger country, France has fallen behind Spain in offering flexible workspace. So far only 18 coworking spaces have opened there, compared to 35 its the southern neighbour. Germany and the UK are growing at close to the global average. Germany is now home to 67 coworking spaces, and there are 48 in Great Britain.

Italy presents a slightly more complex case for the compilers of coworking statistics. We have counted 39 coworking spaces there, though others might find there to be 69. This is because the Italians have a looser definition of what makes a real coworking space.

Italy is home to the Coworking Project, an organization that also promotes flexible workspaces within traditional offices and temporary spaces. Pop-up workstations are available in many different locations that might not be considered coworking spaces elsewhere.

At these stations, coworking is not the main goal but a welcome side effect. Since these spaces are not committed full-time coworking spaces, we’ve left them out of our global count. Not that we’re opposed to the idea – on the contrary! We find the Coworking Project movement to be superb, and will write more about it in the future.

The biggest growth in coworking has occurred not in Europe, but in Latin America and Oceania. So people in countries such as Brazil and Australia can now enjoy a third more coworking spaces.

On a city level, Chicago has joined the ranks of cities with a double-digit number coworking spaces, as it is home to 14 such locations. New York, with 23 spaces, overtook San Francisco, with 20, but only if you count within the city limits. The entire Bay Area is still the world hotspot for new collaborative workspaces. Third place is now shared between Berlin and London, with 17 coworking spaces each. Other fast-rising coworking cities are Barcelona and Madrid. And Tokyo has now eight coworking spaces.

So much for the bare numbers. Now to add some color, we're looking for beautiful images of coworking spaces in action. We are now calling for submissions to a coworking photo exhibition, which will travel to different meetings and events such as the Coworking Europe Conference in Berlin this November, and the Coworking Barcamp Germany in Wuppertal this July. This email address is being protected from spambots. You need JavaScript enabled to view it. your high-resolution images with a brief description. Remember, photos with people in them are always more attractive!