The District in Cairo - Egypt 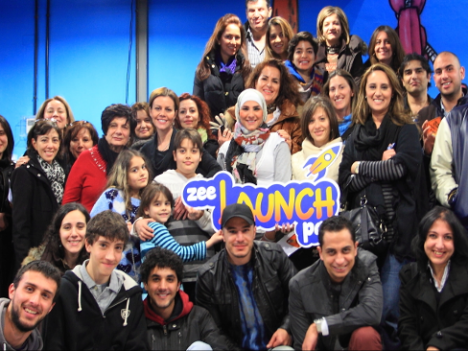 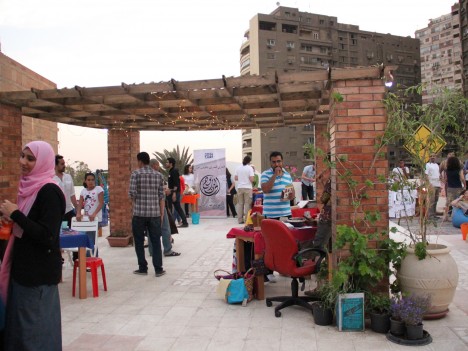 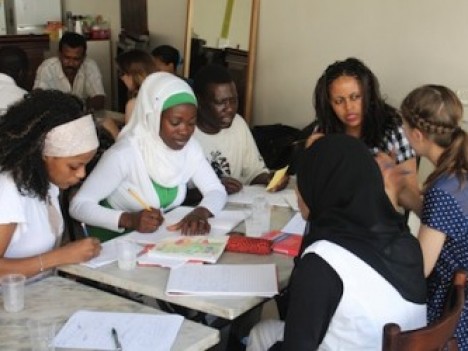 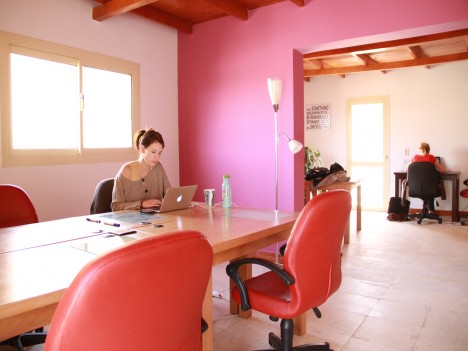 Would you be ready to create your own business, despite being faced with political and economic instability? In Jordan, Lebanon and Egypt, entrepreneurs and coworking spaces say: yes! Well before the "Arab Spring", the democratization of information technology had already started developing towards digital entrepreneurship.Thus, after the 2008 recession, numerous incubators and coworking spaces emerged, which now support a new generation of entrepreneurs.
By Rémy Cagnol - Thursday, 04 April 2013

Supporting a new generation of entrepreneurs

From a business point of view, the disadvantages faced in certain countries can also be seen as advantages. "It is true that the Egyptian economy is not in very good health, (...) but it is also a great way to filter out the entrepreneurs that are making efforts to be truly innovative," said Mazen Helmy, founder of The District. "People continue to live in the country, but you should not expect that your old way of doing things still works." In Egypt, more than half of the population is less than 30 years old, and these are the same people who used social media during the revolution, which is now turning towards entrepreneurship. In addition, the digital scene is also seeing a growing number of new contractors, who are more concerned with finding ways to sell their products and "who believe that some problems can be solved through entrepreneurship," said Ulrike von Rücker, founder of Rasheed22.

The AltCity coworking space, located in Beirut, aims to have a positive social impact on the community.The community is comprised of AltCity digital entrepreneurs, students, independent journalists, NGOs and activists. Many people associated with the private and non-profit work sector are rarely working together. Having a community space allows for the opportunity to share ideas, get feedback, find partners, become motivated, co-learn, and so much more. Also, let’s not forget, that “it's fun!” exclaimed David Munir Nabti, founder of the space.

Even if you cannot summarize AltCity in the same respect, its purpose is to also gather a maximum of startups with a social impact. Even the business model is oriented towards that of a "social enterprise", since the price of renting space differs between traditional companies and NGOs.

This model allows them to introduce a variety of coworkers into the space, including NGOs or organizations with fewer resources. Beirut is a city with a large number of migrant workers coming from Africa and Asia. Thus, AltCity regularly holds workshops that form new technologies or discuss the issues affecting migrant workers in Lebanon. In addition, AltCity is working with environmental consulting firms to achieve its major goal, which is to make the coworking space one that produces zero waste.

The key word is “community” rather than “profit”. The founder of Zee Launch Pad in Jordan, also told Deskmag that his model is not to create a space just to make money, but to create a true community of talents, a community of "right brainers"

Educating contractors on the values of coworking

Introducing the concept of the coworking community where it is still relatively unknown can be quite a challenge. In these three countries, entrepreneurs have been rather welcoming to these new places, and are starting to see the incredible benefits of pleasant working spaces: nice environment, good internet connection, and much less expensive in comparison to the traditional office.

In addition, the countries we interviewed, often experience frequent electricity and internet cuts. Thus, the main advantage is that coworking allows access to a reliable infrastructure and the ability to focus solely on the job."Dealing with basic infrastructure issues can be very time-consuming for small teams ... working to make sure there is reliable internet, electricity, water, etc. In coworking spaces, those things are taken care of, so individuals or small teams can focus on their work." said co-founder David Munir Nabti of AltCity.

It was only after some time when entrepreneurs finally realized the benefits that they can derive from the community and its positive interactions. The Zee Launch Pad founder told us that he gave more than 50 free monthly subscriptions as a way to help launch the space. The business model was already sustainable, but he noted that even when some coworkers paid, they didn’t always come at first. However, coworking meets a real need:"With all the challenges entrepreneurs are facing in Egypt now, there is  an undeniable need to be part of an inspiring and positive community. A community that sees opportunity and fuel your energy,” said the founder of The District.

▶ Next Page:  Collaboration vs. risk aversion