Click on the picture to get more statistics. Illustration: Joshua Folaji 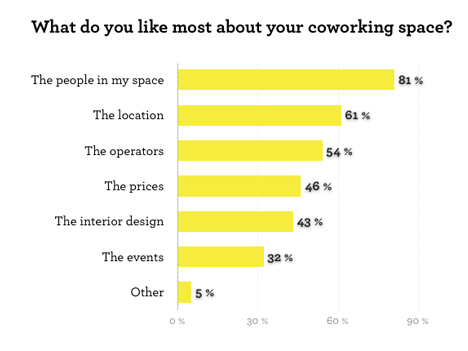 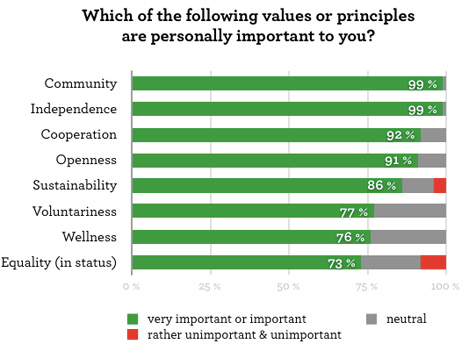 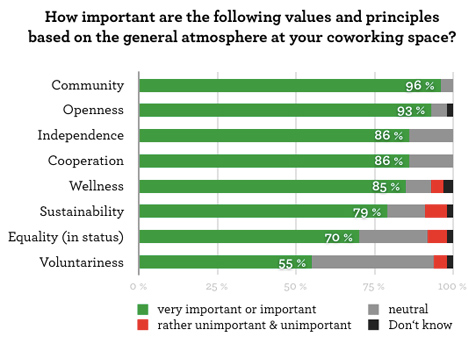 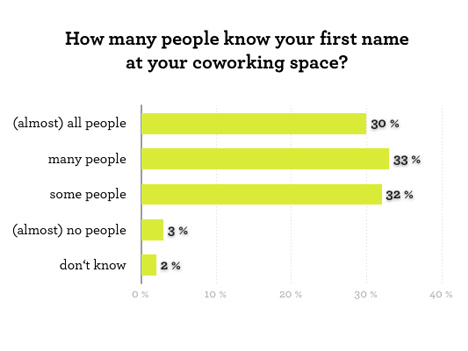 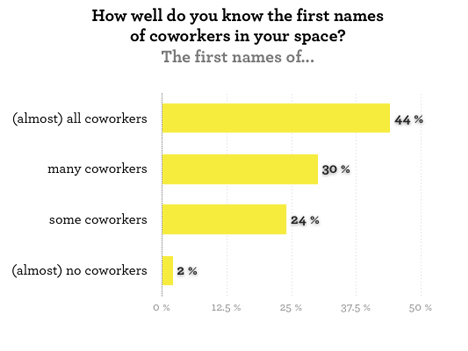 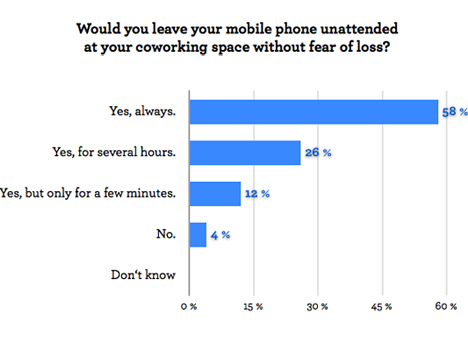 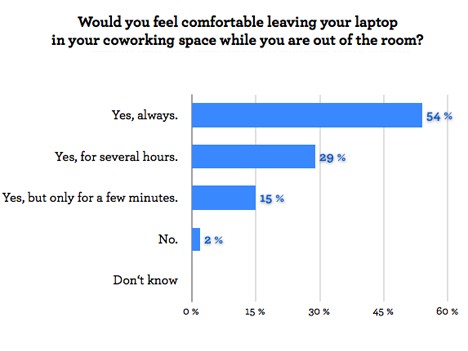 Today Deskmag presented the preliminary results from the 2nd Global Coworking Survey at the Coworking Europe Conference. The study discovered a wealth of information about the benefits of coworking, including increased productivity and networks. The study confirmed that “community” is the most important value among members at coworking spaces. Here’s a brief summary of the key facts.
By Carsten Foertsch - Thursday, 03 November 2011

The 2nd Global Coworking Survey ran from October 19 to November 2, and was the work of a large community of partner organizations. Over 1500 people from 52 countries took part in the survey. The survey confirmed the key findings from last year’s study, which showed that individuals increase their productivity and networks by joining a coworking space. In the latest survey, 92% said their social circle had increased a lot, 80% said their business network had grown, and 75% reported an increase in productivity. 86% said their isolation had decreased.

96% of respondents said community is an important value among members in their coworking space. To confirm this, the survey also checked how many people knew the first names of their fellow coworkers and vice versa; after all, a community can’t be too cohesive if people don’t know each others’ names. The responses showed that 74% of people know all or many of their fellow coworkers’ names.

Another indication of community is trust. We asked whether respondents would feel comfortable leaving their laptop in their coworking space when they left the room; 54% said “yes, always”, 29% said “yes, for several hours”, and only 2% said “no”. We received similar results in a second group with the same question about mobile phones. Clearly trust is strong in the majority of coworking spaces.

The importance of community was repeated in the answers to the question, “What do you like most about your coworking space?”. 81% said they liked the people, 61% said the location was the most likeable factor; only 46% said the price was the most important element.

And finally, the study shows that coworkers are satisfied with their coworking spaces. On a scale of 1 to 10, the average coworker rates their space at 8.4 (10 being the highest). 68% said they were not planning to leave their workspace, while a further 17% said they would stay for a minimum of a year.

The first results couldn't consider the responses of the last day before the survey had closed. So, the numbers still can change a bit. However, over the next days and weeks, Deskmag will deliver detailed reports based on the final survey findings, including information on the coworking business model, a future outlook and why many coworking spaces are profitable although 'only' 40% report a direct profit. Check back regularly!