Parker (right) and Alex, co-founder of Indyhall, (left) during a break at the SXSW in Austin. 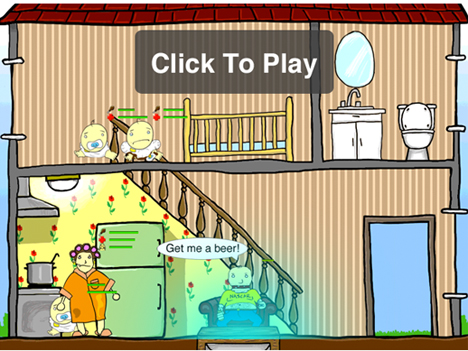 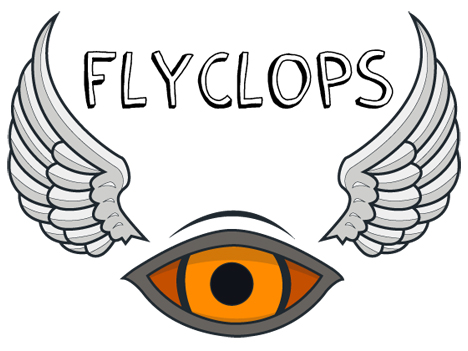 The person sitting next to you could be your next business partner. That was the experience of Parker Whitney and Jake O’Brien, who founded an exciting games development company Flyclops.com after meeting at Indyhall in Philadelphia. Here’s a simple and inspiring story of what can occur when coworking really works.
By Julianne Becker - Friday, 27 May 2011

You may never know who you will end up sitting next to at a coworking space, and this can prove to the greatest benefit. In the world of coworking, desks are occupied by a mix of freelancers, small businesses, as often with a few people from larger companies who for one reason or another find themselves working away from the traditional office structure. People who are working in vastly different fields - from music and design to programmers and social scientists - can be found with their laptops plugged into the same power outlet.

Parker Whitney found himself at Indyhall first as an intern, and later he became manager of the space. He quickly found himself with not just a new job, but also the community of people who attend Indyhall. He considered his membership to the community as the greatest asset to the job: “You're motivated by the people around you. (These) people are self-starters,” Whitney said.

New coworking space founders often look to Indyhall for inspiration, and this is no doubt because of its marked history of being a spawning ground for successful entreprenuial partnerships, like Flyclops and Clio, a music analyzing service. The idea that people simply go there to work is an underestimation of what actually occurs.

There are ‘Happy Hour’ and ‘Show and Tell’ sessions that make for easy mingling and idea exchange in an informal atmosphere. Additionally, the people within the community feel more like a family, and often self-organize events within.

It was at just one of these events where Whitney met Jake O’Brian first started talking. O’Brian was a games developer who was interested in an artist, and Whitney was an artist and had interest. Just three working months later, the pair had developed their first game, Brainarang, and had launched it on Apple’s App Store.

In the months to follow the team landed a successful outside commission, and the rest is history. Flyclops is now in a continual development mode, giving themselves a matter of months to create games that will truly infatuate users.

Keep your eyes open and fingertips ready to see what they bring out next, as well as for who is at the next desk.