The Art of Hosting 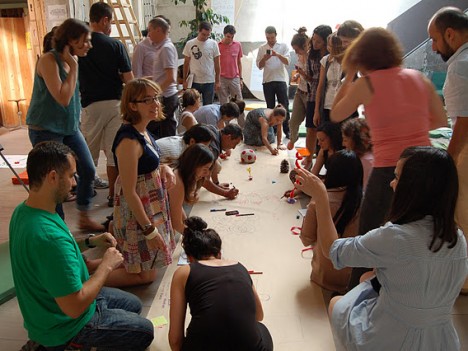 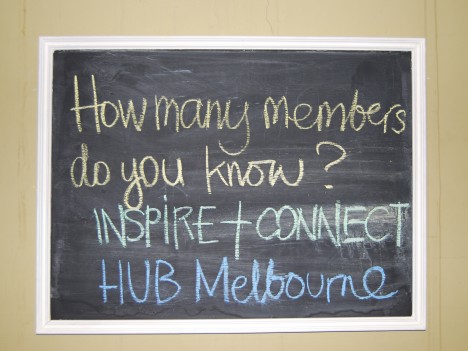 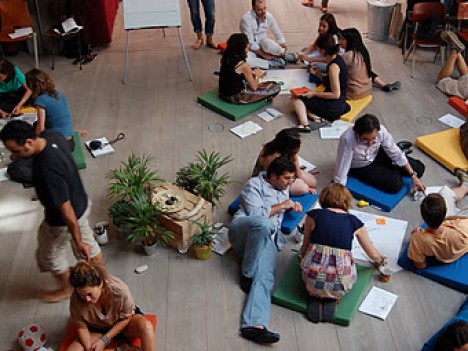 Interaction and collaboration are the elements that separate a coworking space from a room full of desks. It takes a dedicated “host” to create and maintain a thriving atmosphere of interactivity. Hosting is a skill that can be cultivated, and with a few simple techniques a coworking space manager can turn a dead office into a lively idea space. Today Deskmag talks to Frauke Godat about the “Art of Hosting”, a network that runs workshops to address this exact theme.
By Nick van Ostren - Tuesday, 11 October 2011

A new coworker arrives in a coworking space. Dressed quirkily, she attracts a few glances as she sits an available desk. Her phone rings, and as she answers it she bursts into song. The musical telephone conversation grabs everyone’s attention, and coworkers who normally don’t discuss much begin conversations about the strange newcomer.

The above example occurred at a coworking space in Berlin some years ago. It’s an unusual example of a way a host might try to mix things up to bring about interaction. For community managers, who don't like this way, there are also simpler and cheaper ways to encourage interaction with less distraction.

Frauke Godat was one of the managers of the coworking space in question. Today she runs a workshop to teach others how to be better hosts of their groups – whether coworking spaces, company teams or government departments.

“It’s about challenging people to get out of their mindset,” Frauke said. “We give the tools and methodologies to help people act as leaders, and support people to discover what is in their group, and make use of collective intelligence.”

Frauke is a member of the Art of Hosting network, a group which runs workshops all over the world. The next workshops will take place in Canada, Austraiia, Israel and Germany.

While not specifically related to coworking, both space managers and members can extract new ideas from the Art of Hosting concept.

“People have day to day routines in coworking spaces,” Frauke said, “They tend to sit in the same spot. Hosting doesn’t have to involve big interventions. They can also be very small ones. For example, putting up quotes or questions in the toilet that invite feedback. Or changing the settings of tables and chairs.”

Frauke discovered the importance of being a good host during her time within The Hub network a few years ago. The Hub, a chain of independently operated networking centers that include coworking-style workspaces, places high importance on the role of the host. Hub hosts are mandated to help members connect via a variety of activities. The active network maintained by the hosts is what gives the Hub its differentiating advantage, Frauke said.

Other coworking spaces are often operated by individuals who run their own businesses, and aren’t necessarily experienced in hosting. A large number are programmers or people working in web technology, who are more used to managing networks online rather than in a physical space. For them, hosting should come naturally, Frauke said.

“The web is about putting your own structure into chaos. It comes naturally to them, to create a framework for interaction to happen.” Yet they often need a few simple techniques and tricks to make the transition from space operator to host.

As host, you're an heart of a network

It’s not just space managers that can take part; coworking members, too, can take lessons from the seminars. A coworker who notices that their space isn’t particularly interactive could suggest a few interruptions. Better still, they could offer to become a host in exchange for a discount on their membership. There’s more potential benefits, though:

“You get a lot of contacts by being a host, so it can be really interesting for members to take on this role,” Frauke said.

The most important thing is to be aware, that hosts play a pivotal role in running a coworking space. It's not about organizing too many distracting games but more about creating a good collaborative workspace for its members.

Art of Hosting seminars aren’t free, and the price tag can scare potential candidates away. However Frauke said those who can’t afford the ticket should approach the workshop leader with a request for a discount, as special circumstances can always be catered for.

Frauke Godat will lead a workshop in Berlin from November 18 to 20 discussing how to influence the evolution of cities.