The Most Popular Online Tools to Manage a Coworking Space

These are the twenty most often mentioned online tools to manage a coworking space. The bigger the type size, the more often it was mentioned. Click on the picture for more stats. 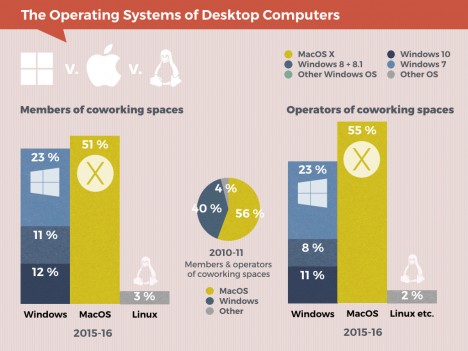 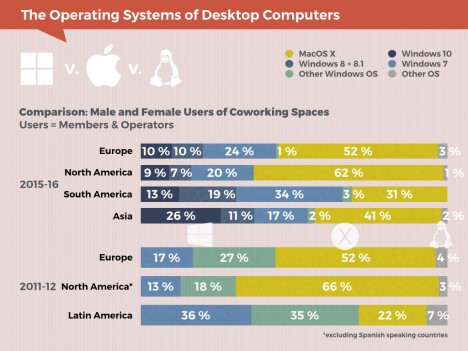 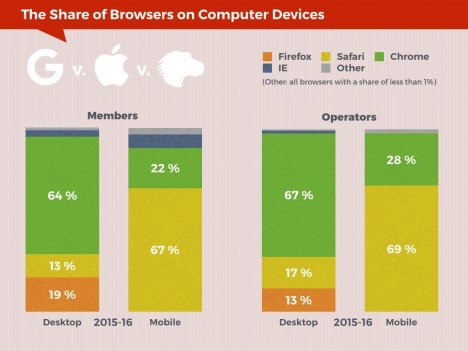 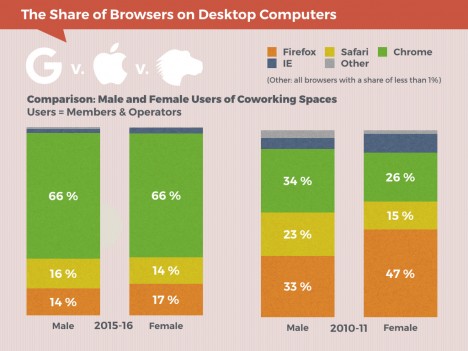 Most coworking spaces are operated as second businesses of small business owners and entrepreneurs who sought shared workspace of their own. Due to the varying different types of spaces out there, all designed and operated in different ways, it appears no two spaces utilize the same exact software tools - except a few. Deskmag asked operators which online tools they used to manage their operations most efficiently. While there was an expectation for a variety of answers, we were quite impressed to have received the names of more than 400 tools. The 20 most popular ones we've summarised into a word cloud. In addition to the data visualization, we’ve sorted the top hundred or so into a list.
By Carsten Foertsch - Monday, 15 February 2016

As stacks of paperwork and office tools - once used to schedule meetings, manage bookings, assist in calculations and offer organization - have been replaced by Google Apps. It’s no surprise they were most often mentioned as the most popular tool by coworking spaces. Surprisingly, though, second place is the messaging platform and “email replacement” Slack, which was founded just two years ago. The program runs on pretty much all platforms and is especially popular for internal exchange in working groups. Even files can be edited together on Slack and with each new release, comes more and more interactions and premium functions such as responses, polls and private groups vs. public channels.

Rounding out the podium in third place is Facebook. With the ability to advertise to prospective members, act as a searchable business listing, promotion of events, coworking owners also utilize the platform to manage their communities through private groups and answer directly to customer inquiries via Messenger.

This article is presented by GCUC - the next Global Coworking Conference Unconference will take place in Canada - October 5-7, 2016 in Montréal

In 4th place, Cobot and 5th place, Nexudus, these are the highest ranked platforms that are designed specifically to manage coworking spaces. Features that both offer include automated billing, business report generation, meeting space booking, email newsletter functionality and printer connectivity support. With Nexudus, you can also utilize their white label website template, integrate third party access management programs such as KISI and use a community forum feature. For years, both applications have proven to be almost tailor-made CRM solutions for coworking spaces.

Number six on the list is Trello, the highest ranked project management platform used by coworking spaces. Trello allows teams to collaborate on joint projects, share new ideas and track the progress of old projects. Not just links, but files (with full Google Apps integration, of course) can be added to individual boards. The second most popular project management platform, Asana ranks just behind number 7 on the list, Dropbox, the cloud based storage platform.

The majority of coworking spaces are using number nine on the list, Wordpress, for their content management needs and thus use the platform to manage their websites as well. In recent years, the service has improved significantly and because of it’s open source ecosystem, there seems to be a plugin for almost any desired technical solution.

No matter where you fall on the email love/hate scale, it’s still the most used method of electronic communications. While many dread clearing their inbox of countless spam messages and unnecessary reply all threads, a good newsletter program with relevant, informative and appealing packaged content is still a valuable marketing tool. The coworking spaces participating in the survey used Mailchimp more than any other email management system, leaving it to finish off the top ten list.

As it was five years ago, when we last asked this question, Apple devices still make up the largest percentage of computers used, however, their share fell slightly. Another decrease in usage was the already very small percentage making up the Linux community, leaving Microsoft Windows as the only operating system that showed an increase in usage. Without too much additional information with which to interpret these numbers, we would believe that this trend supports more of a sign that coworking spaces have opened to a wider field of members. Unlike five years ago, men and women, hardly differed in their choice of computer, while men continued to use a larger percentage of the latest versions of Windows operating systems, as well as the larger amount of newer Apple devices.

When it comes to mobile devices, the majority of members opt for an iOS product

Among smartphones and tablets Windows has little to no market share. Two out of three coworking space members use an Apple iOS device, leaving ¼ of remaining members Android users. While Google Chrome dominated desktop usage (64%), nearly 70% of mobile devices use Safari, no surprise as the iOS platform is used by the majority of mobile users. As with their desktop counterparts, women and men barely differ in their preference for either mobile operating system or browser.

▶▶ Next Page: 100 Online Tools To Manage A Coworking Space