The development of coworking spaces

The Cube - A coworking space in London 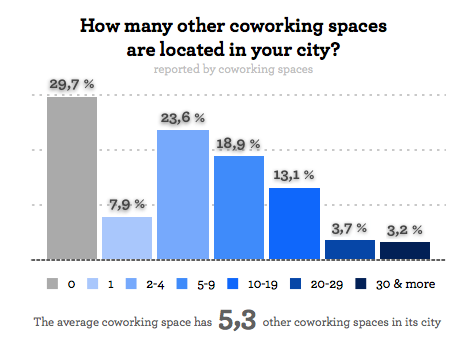 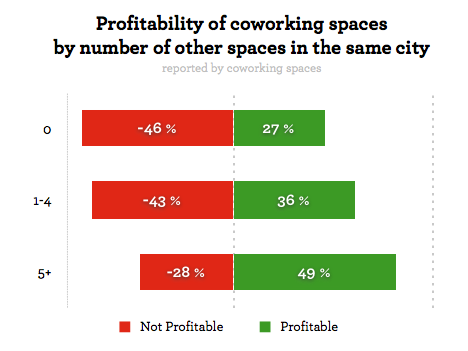 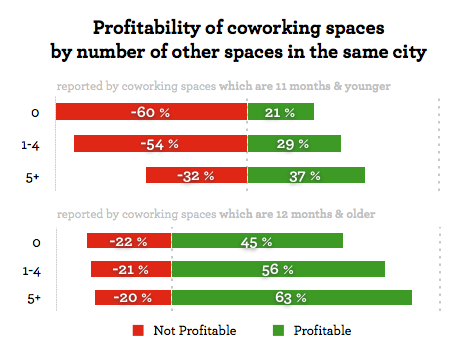 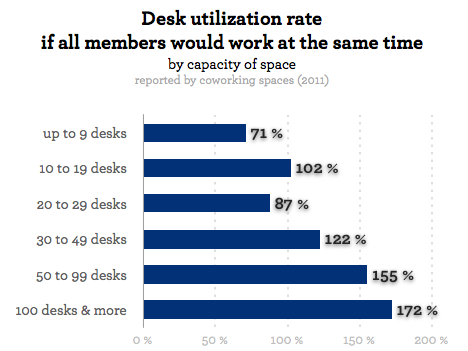 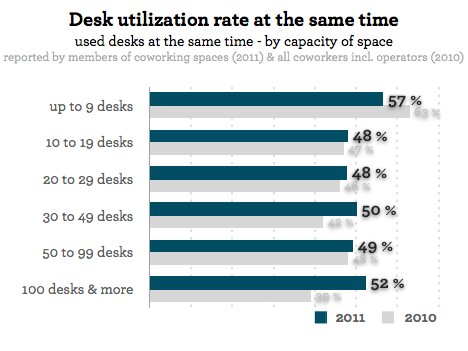 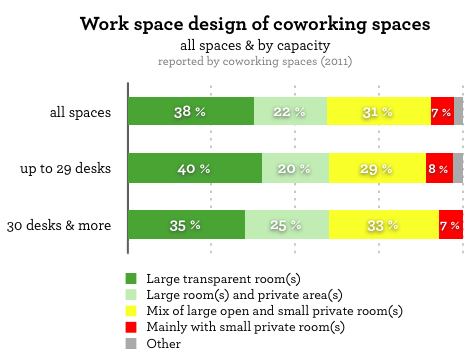 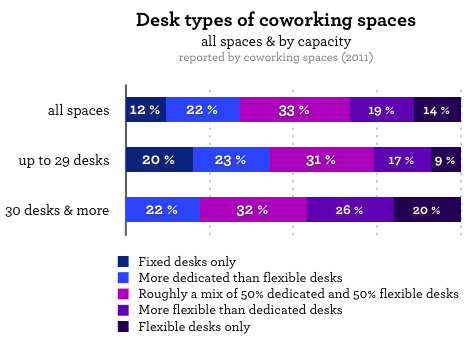 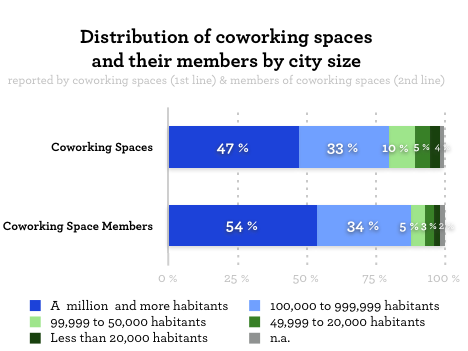 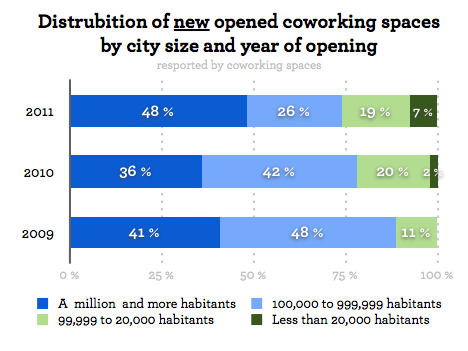 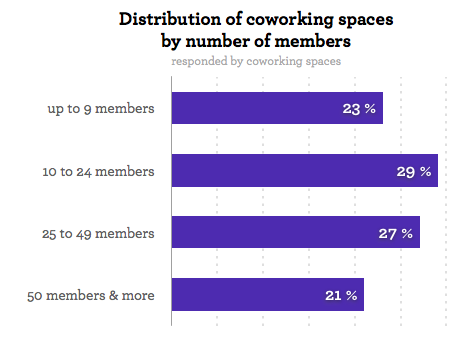 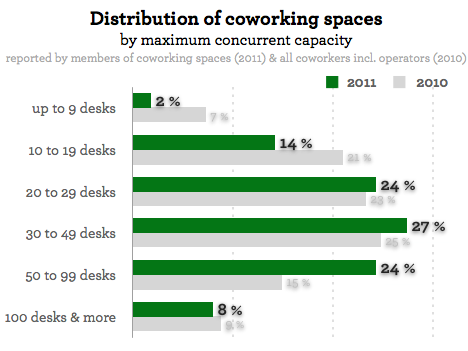 The coworking movement is growing, not just on a worldwide level, but also within each city. The Global Coworking Survey shows that the more spaces a city has, the more profitable all of them become. Younger spaces in a busy coworking city reach profitability faster than lonely spaces. Big spaces have better desk utilization rates than small ones. Today’s analysis of the survey data focuses on the development of coworking spaces.
By Carsten Foertsch - Wednesday, 29 February 2012

The average coworking space has about 5.3 companions within the same city. At the same time, one in three spaces operate alone in their market. However while other industries might enjoy having a monopoly, for coworking spaces such a position creates extra work and risk. Data from the Global Coworking Survey shows that solo coworking spaces are twice as likely to be unprofitable as those with many “competitors” on average.

The more spaces, the better for everyone

Many spaces are very young (under twelve months) and like any company in the start-up phase they haven’t had time to recoup their investments. For these spaces, the situation is even more extreme. The data shows that without fellow coworking spaces in the area, new solo spaces suffer even greater losses.

Having more spaces nearby doesn’t reduce profitability. In fact, the more spaces that exist in one area, the more profitable each space becomes, and the faster they reach the break-even point. This may because more spaces are able to communicate the concept of coworking more widely than a single space. At the same time, multiple spaces are likely to open in cities where demand is high, and where other coworking spaces have proven that a market exists. Prior success encourages more to follow.

The larger a space, the more members who share each desk

The average coworking space is 1.5 years old, and hosts around 38 members across 44 desks. Last year, the average capacity was 38. The average desk occupancy rate is 108%. Large spaces have even higher occupancy rates – those with 100 desks or more hit 172% on average. There’s a few reasons for this. Not all their members work at the same time, they offer a high proportion of flexible desks, and they are open 24 hours a day, which distributes the demand and allows higher desk utilization.

By contrast, smaller spaces have a particularly high proportion of fixed desks for their members and are more likely to operate during traditional business hours. Desks utilization is restricted, so the occupancy rate rarely exceeds 100%.

Getting bigger all the time

After opening, most coworking spaces focus on growing. When asked how many members a space has upon opening, compared to the number of current members, the average coworking space reported a growth of about 30%.

Space design changes with the size - a little

As they grow, most spaces change their design. A large open work area remains at the center of most spaces. As they add more desks, they start providing more (semi-)private areas, and later smaller private rooms. About 7% of all spaces offer mainly private rooms, instead of the open workspace concept. These spaces should pay attention to the demands of coworkers, who prefer transparent walls and a mixture of shared and private spaces, the survey shows.

There are now more than 1300 coworking spaces, and half of them are in cities with more than one million inhabitants. The majority of these sprouted up in Europe, South America and Asia, which have a lot of megacities. In the U.S., however, coworking is growing in smaller cities. One in eight new coworking spaces last year has opened in a city with 20,000 inhabitants or less. More on this in a later article.