Participants of the TechFestival in Copenhagen 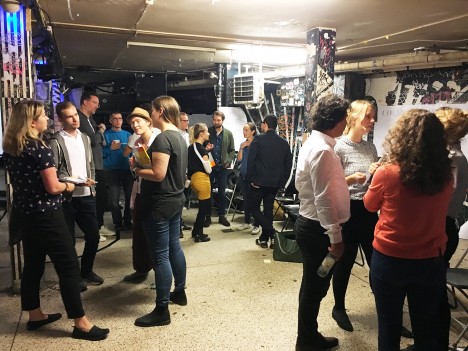 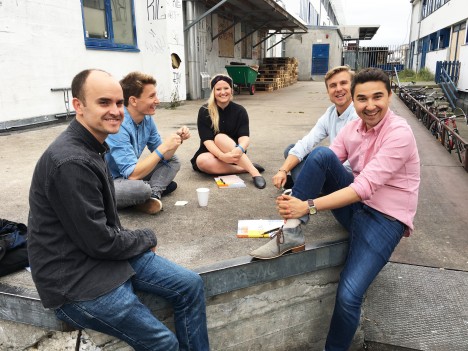 The coworking industry has long feared the day when traditional CRE firms would strip down and replicate the coworking model for its own purposes. At the Coworking Summit at Techfestival 2017 we agreed that day has finally come, but perhaps it’s not the doomsday experience we imagined. Whereas the coworking market could be roughly valued at $5-10 billion, the CRE market boasts a value of $12.6 trillion. As traditional CRE players continue to enter the coworking market, they adopt the methodologies that work for them, and leave the rest on the table. The good news is that CRE players bring unprecedented resources to bear, which the coworking industry is in desperate lack of. In return, coworking methodologies will forever transform the way we manage, market, and consume workspace.
By Ryan Chatterton - Monday, 18 September 2017

How do corporations impact the coworking movement? This September, a group of more than fifty coworking and coliving founders, as well as several researchers and members, assembled for a summit to discuss the future of work and living spaces at Techfestival in Copenhagen. The summit was a deeply interactive event, packed with group exercises and discussions on topics ranging from revenue models and corporate relationships through to social impact and fostering startup ecosystems. But among the breadth of topics, two main themes emerged.

This guest opinion is written by Ryan Chatterton. He is the founder of Coworking Insights and Marketing Director for Habu. Along with Brittnee Bond, he co-hosted the Coworking and Coliving Summit at Techfestival in Copenhagen.

These two themes were a sore spot for some of the participants and a breath of fresh air for others. I haven’t distilled these themes into their purest forms, such as a step-by-step guide on navigating the future of coworking. Nevertheless, these themes are filled with actionable substance for those ready and willing to take it and mold it, to dive into the complexity, form structures and connections, and create massive value in the world of work, workspaces, and workspace technology. These themes are:

- Coworking won’t really be a thing in the future. And that’s not a bad thing.

- The massive surge of interest in coworking has only barely begun, at least when it comes to the people who can have massive impacts.

At coworking conferences and events worldwide, we often find ourselves in a conversation that goes a little something like this:

Donald: “I don’t know, I mean, they have desks. People work on desks there, you know? At least, that’s what people are saying. So if you ask me, and you really should, I’d say they are definitely coworking.”

Yes, it’s the endless this-is-coworking-and-that-isn’t-coworking debate. It’s exhausting and it never goes anywhere. But this time, at this particular event, it did go somewhere. Somewhere very interesting.

Throughout the day I kept finding myself in versions of the same conversation. Conversations about how the term community has turned into a meaningless buzzword. How every type of space is capitalizing on the term ‘coworking’ and diluting its usefulness as a label. About how hard it is to make money running a coworking space. And about the increase in demand from corporations and traditional CRE firms for lengthy Q&A sessions with coworking teams and site tours. All these conversations boil down to one idea. Coworking as a concept won’t take over or replace the traditional CRE industry. In fact, the CRE industry will absorb the philosophies and methodologies of coworking. And these new philosophies and methodologies will completely transform the way we manage, market, and consume commercial or value-generating space.

In short, coworking won’t be the new way we work in the future. But how we work and use commercial space will change to meet the insatiable demands of flexibility, service, and culture that coworking users have come to expect and which coworking spaces have pioneered over the last twelve years.

Now, maybe you’ve just joined this party and it feels like I’ve just rung the bell for last call. Maybe you’re one of the old guard idealists that’s still hosting the same conversation on community building at the annual coworking event. Or maybe you’re just a skeptic and you need more proof. Well, sir or madam, proof you shall have.

Corporate workspaces and traditional CRE players are finally beginning to take a massively increased interest in coworking, but it’s only the beginning. We’ve been following some of the latest interesting and huge developments regarding big CRE firms adopting coworking methodologies over the last year.

April 2017: Bosch (yes, that Bosch) Platform 12, a major innovation hub near Stuttgart. In May they then launched The Chicago Connectory, an IoT innovation and co-creation space.

June 2017: British Land, one of the largest property development and investment companies in the United Kingdom, launches Storey, a flexible workspace brand, which will be incorporated into their existing properties.

And that’s only the tip of the proverbial iceberg. These examples don’t include the hundreds, if not thousands of small-to-medium sized CRE firms that are working on similar projects and adopting more flexible mindsets around their assets.

This is what every not-so-traditional CRE professional is thinking: “this is absolutely right, and when we’re done boiling space management down to a science, we’re going to create an education program to train our staff on how to foster community. We’ll build test locations for experimenting with new revenue streams and products, and we’ll adopt a fully-automated technological solution for handling billing, access, and intra-space communication. We’ll begin marketing our spaces just how coworking spaces do, with events, classes, and community outreach, but we’ll be able to do it better because we have more resources at our disposal.”

Many coworking traditionalists will find this approach cold and corporate, but that’s a debate for another time. What’s important is that forward-thinking CRE professionals are thinking and acting accordingly and the real estate behemoths of the world have more than enough money to pull it off. What’s more, they own all the most valuable assets already.

This might sound scary or depressing for the coworking traditionalist, but actually this is a good thing. It’s good because it turns the coworking industry from around a $5-10 billion market into a potential $12.6 trillion dollar market. This makes the prospects for investment and the potential for exciting projects much greater. It means there are opportunities that we can’t even fathom yet.

What does it matter that ‘coworking’ won’t be a thing in the future? It’s a concept that’s been implemented practically. And like every healthy concept, it’s evolving. What’s truly important is that coworking methodologies are poised to transform an industry that’s the bedrock for the entire economy. Everybody needs a place to work, produce value, and live. The space industry (think: carpets not comets) is definitely a very cool thing.