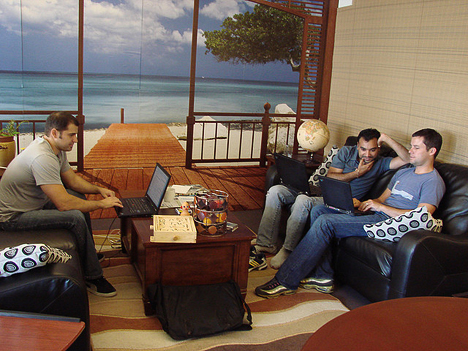 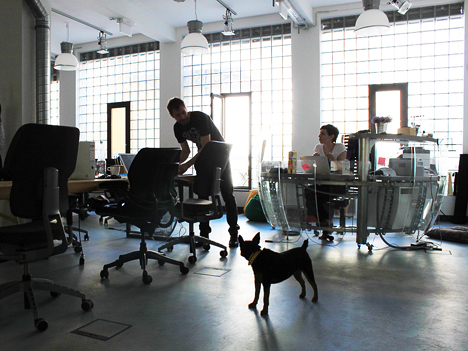 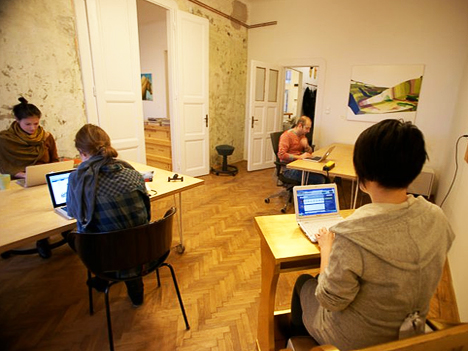 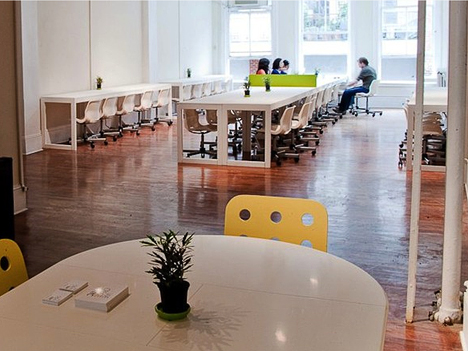 Are there advantages in having a small chain of branded coworking spaces within a localized area? In some cities and regions, it seems so. A tight family of commonly-owned spaces might offer coworkers a wider option of working locations within a given area. With their operational experience and local knowledge, founders of one space are in a good position to branch out and open a second. And although many space founders express ambitious plans to expand nationally or internationally, a more localized network might be more achievable. Here we look at some examples of successful small coworking chains.
By Nick Van Ostren - Monday, 16 May 2011

California – Home of the mini-chains: NextSpace, Sandbox Suites, The Hive

California is an example of a region where small chains of coworking spaces make sense. Here, workers often have to shuttle between the main cities, and would find value in being able to utilize a desks in various locations, without having to rely on the courtesies of the Coworking Visa.

Northern California and Silicon Valley are the focus areas of NextSpace, a chain which recently received $425,000 from angel investors to expand. They presently operate three locations, in San Francisco and Los Angeles. Their first opened in Santa Cruz in 2008. The expansion money will be used to increase the capacity of the current offices and open new locations. The growth of NextSpace seems very much linked to the growth of the start-up and technology scene in the region.

With three locations, Sandbox Suites is as big as NextSpace. Though it targets a similar demographic, it is not as focused on the tech scene and is priced slightly higher, perhaps why it calls itself “premier” coworking. Its main location is in the SOMA district of San Francisco, with a second office in Union Square, and the third in the university town of Berkeley.

At the southern end of California, The Hive has a pair of well-appointed workspaces in San Diego. The original location known as Hive770 or HiveHaus serves as the main coworking space, while the second location called Hive241 has group desks and semi-private offices for small companies.

Rentadesk’s two prime locations in Soho are about to be joined by a third in Bloomsbury. But you’ll never know you’ve walked past a Rentadesk office – the chain purposely avoids signage and branding. Its users prefer their clients not to know they work in a coworking space.

Other London coworking spaces have indicated their plans to expand. Co-Work Putney will soon open a second location near the Borough Markets. The new Central Working aims to have an office in many high streets across England.

Konnex launched their first coworking space in the Schaubenfabrik (Screw Factory) in 2002, ahead of the trend by several years. Without a doubt, it can be called the "mother of all coworking spaces in Vienna" due to its size and launch-date. In 2004 Konnex expanded by opening another office in an old Hutfabrik (Hat Factory). And a third was built near Rochuspark with space for 40 coworkers, making it the largest such workspace in Vienna. Altogether, the three branches of Konnex host 90 members, with an alumni network of 60 people who are still connected to the space.

A small regional network in the Belgian region of Flanders, Bar d'Office has a total of three offices, two of which just opened in the past few months. It was created in cooperation with a network of Flemish designers. To work in the offices in Antwerp, Leuven and Hassel, coworkers pay 30 euros a month. That allows workers to use all three locations for 20 hours per month.

Although the Hungarian capital is not known as a center of coworking, the Loffice group deserves attention for its small chain of modern workspaces for freelancers and small businesses. The owners, two sisters, invested a lot of time and energy on details when they established their first coworking space in Budapest, which opened two years ago. A smaller version is situated just four blocks away. They have plans to branch out and open another Loffice in Vienna.

Since opening in Berlin two years ago, Betahaus has become the poster child of the coworking scene in Europe. Barely a month goes by without the space being named in the media. The Betahaus founders started with two investors in Berlin as financial back up and opened another two branches in Hamburg and Cologne. The sister spaces share the same minimal design as the Berlin original, as well as the concept of a ground floor café that acts as a magnet for laptop workers. Each location is run independently by local managers, who are also the founders of their spaces; the Berlin founders keep a minor share in the franchises. Locations in Zurich, Sofia and Lisbon didn’t materialize yet but more spaces are still being planned. A betahaus sommerlab will open from July to September in Zurich. Betahaus members can also work at 3rd Ward in New York or TechHub in London.

Another chain of workspaces across Germany is ClubOffice. It started as cooperation with a Frankfurt based coworking space. The main location is situated in a self-owned office complex in Berlin’s south-west. Members are offered a mix of shared workspace and serviced offices. In addition, they can book hotel rooms, a kitchen for “co-cooking” and rehearsal rooms for music bands. ClubOffice has also plans for more workspaces in Berlin (Zehlendorf), Bremen and Chemnitz. The interesting fact about ClubOffice is their concept, which combines the ideas of traditional offices, business centers and coworking spaces in order to create a "modern workspace", which is also what they call themselves.

UPDATE: A new network of several coworking spaces across Germany was launched on May 19. Members of Combinat56 in Munich, Cowo21 in Darmstadt, Coworking0711 in Stuttgarter, ClubOffice in Berlin and Werkheim in Hamburg can now visit each other for free.

The soon-to-open Berlin office Mobilesuite plans to spread to Hamburg, Munich, Frankfurt and Cologne. However, before that it needs to get its first space in the German capital up and running.

Some coworking space owners aren't restricted by regional or national boundaries. Rather, they build networks between locations on the basis of their personal connections. That's why Green Spaces in Manhattan also has a space in Denver, Colorado. Or why The Cube in London built an intercontinental bridge to WeCreateNYC in New York.

Some other examples of networks which are neither national nor regional are the OfficePort Network, which opened coworking spaces in Chicago and Kansas City, and CoLab, which is present in Orlando and Nashville. In Germany, Wexelwirken established two locations in more unexpected sites, a smaller city (Paderborn) and a village (Kusterdingen).