The Library in Tel Aviv, Israel 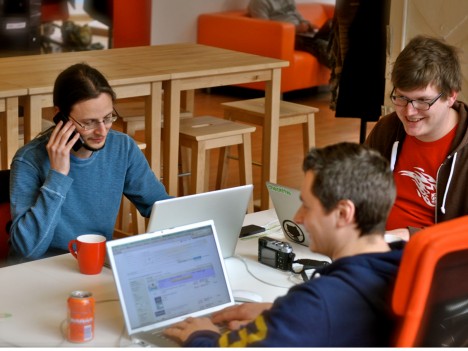 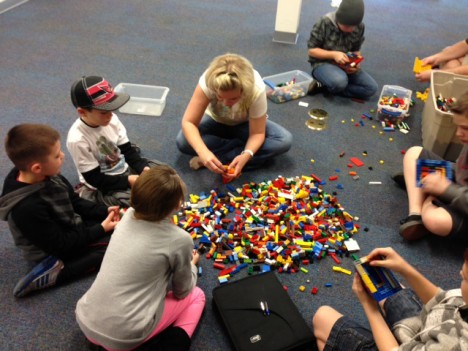 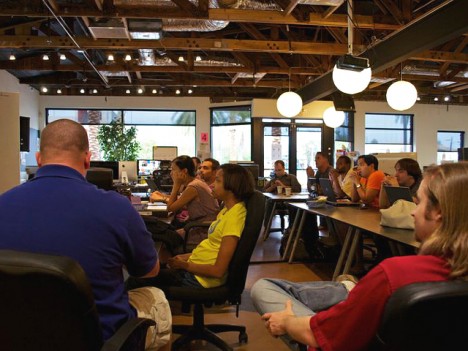 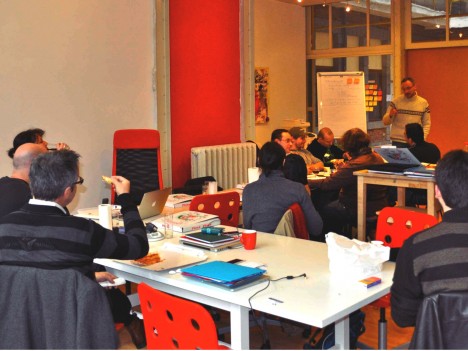 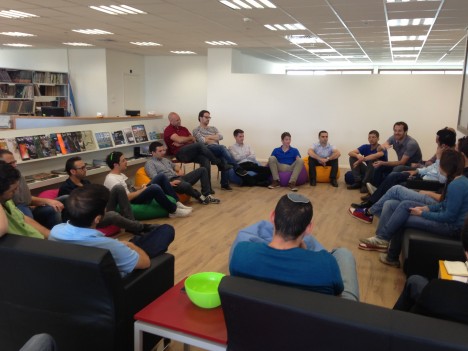 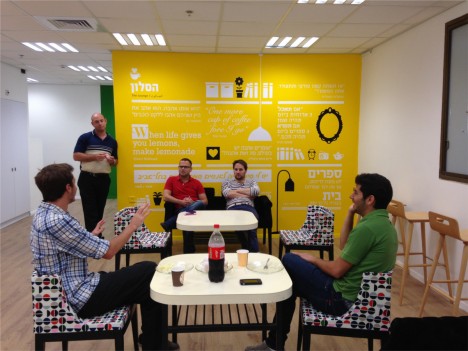 The public sector is now ready to contribute to financing coworking spaces, and will do so by tapping into calls for projects and creating partnerships. However, from the perspective of coworking spaces, there is a challenge when figuring out how to remain independent and avoid being forced to live on a constant income of public subsidies. Spaces, project developers and backers are now building partnerships and we will maybe one day see numerous public employees taking a coffee break alongside young entrepreneurs. In between the space of such meetings, Deskmag interviewed three spaces to better understand how the public sector is currently starting to integrate into the dynamic of coworking.
By Rémy Cagnol - Wednesday, 29 May 2013

Deskmag has voluntarily chosen three different models to address the broader issue of public funding: “Creative Wallonia” and its coworking program, the Gangplank model and its partnership with the city of Chandler, and finally, two coworking spaces funded entirely by the city of Tel Aviv.

The unique weakness of a call for projects

In 2011, Belgium launched the program “Creative Wallonia”, in order to support the creative economy in the region and also to “start the spontaneous creation” of innovator groups. Through this call for projects, the program, amongst others, allowed for the creation of eight coworking spaces. “We aimed to build up a community, way before having this funding or even having the space,” said Pierre-Yves Gilson, co-founder of La Forge coworking space in the city of Liège.

Over the duration of 3 years, Creative Wallonia committed to funding these spaces with a budget of 50,000 to 100,000 Euros on a yearly basis. Eligible costs include community management, promotion, furniture and equipment. At La Forge, this subsidy not only contributed to funding the equipment costs, but also created a job for the community management.

Nevertheless, Creative Wallonia has surely suffered from the weaknesses found in most calls for projects. You can read more about this in a previous article featured on Deskmag. Amongst theses eight spaces, La Forge has been one of the only projects to be launched by entrepreneurs. According to the co-founder of the space, the coworking phenomenon has been well thought out by Creative Wallonia, especially considering the novelty of this concept. Nevertheless, most of the 7 other projects developers were only discovering what coworking is (or what it could be), while simultaneously applying for the program. Most projects have been brought forth by organizations emulating a “business center” form or by groups coming from the public sector. In this sense, their approach was somewhat different from those inspired by La Forge.

The difference is found in the coworking definition itself, and that is because the community management and the space animation have sometimes been underestimated by certain projects at the beginning of the program. Pierre-Yves Gilson underlined that some spaces have quickly realized the importance of such crucial aspects by stating, “One space has created, from the start, a job position dedicated to the community management, while another has decided to solicit the private sector to care about the space animation; these can be counted among good practices.” But on the other hand, some structures, that already had permanent funding, also became a part of the program. Therefore, in the case of failure, the coworking space viability on the long term is not as crucial as it could be, if the project had only been backed by entrepreneurs.

There are eight coworking spaces that outline “Coworking Wallonia” and each funded space had the obligation to communicate in the name of the program. That could be an advantage but also a disadvantage, knowing that some professionals would be reluctant to come into such a space.

“We have to work a lot on our image, because we were often considered to be public structure, and that we are not. We are a private company," added Gilson. He indicated that the program has been “a true breath of fresh air”, but also wishes that he could reach a financial balance as soon as possible, in order to stop being dependent on the subsidy. These subsidies should be stabilized to represent less than 50% of the coworking space budget, and spaces like La Forge hope to attract more coworkers as a way to naturally compensate and reach the end of surviving only on funding.

Finally, after having been selected by Creative Wallonia, La Forge has chosen to adopt the cooperative form. According to Gilson, it is a structure adapted to the coworking mindset that will allow coworkers to be a part of future projects.

Such spaces did not exist when Gangplank set up shop in Arizona. It was something totally new for the locals and even more innovative in the eyes of the local government. Started in 2008, Gangplank, whose motto, “coworking done right”, has now opened few coworking spaces in Arizona, Virginia and Ontario. These spaces are more collaborative workspaces rather than the expected classic model of a coworking space.

Gangplank is in fact a non-profit organization. Executive Director, Trish Gillam, stated that people coming to the space are looking to work and collaborate with other people rather than just sharing the office costs. The space does not charge the businesses, as people could simply get back on social capital by volunteering their time to other coworker’s projects.

For 3 years, the city of Chandler has given enough funds for Gangplank to be able to cover the rent of the building, as a well as other costs, such as the internet connection. “We have a fairly loose agreement with the city of Chandler, it is almost a tacit contract, (...) for 5 years we are only committed to organize some events or programs, that we would have organized anyways,” explained Gillam.

The city of Chandler has recognized Gangplank as a local economic development actor, even if the financial help allocated is much less in comparison to those dedicated to other non- profits in the region. Yet it is actually not a disadvantage. “At the end, we are not using this money for something no one will care about, (...), this partnership is an opportunity for us to have more impact in our city,” continued Gillam.

When the city of Chandler talked to the council members, they presented eight initiatives. Gillam told Deskmag that some of those actions related to education, such as teaching in Gangplank, are things that the universities do not cover in the field of ICT. Thus, the idea has really grabbed the attention of the council.

We see that economic development is a forceful argument to support coworking, but the idea of supporting the youth is also becoming important, as coworking spaces are now being considered knowledge hubs.

▶ Next Page: Coworking created within the public sector