Interaction inside and between coworking spaces 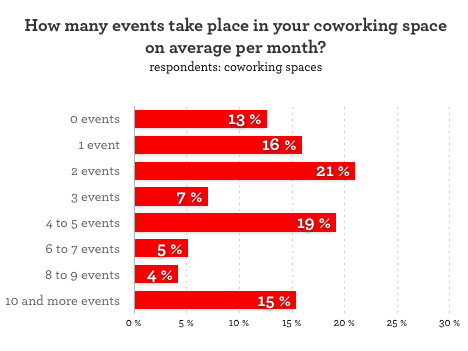 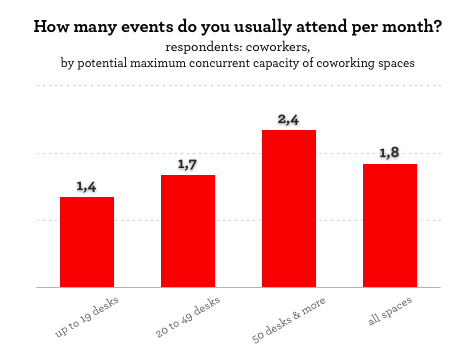 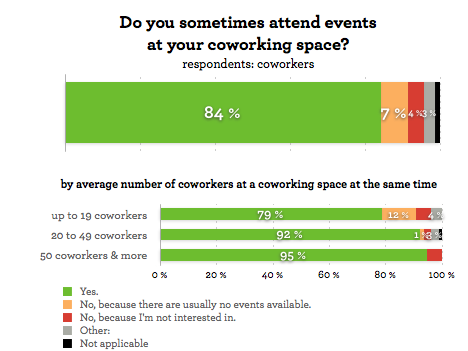 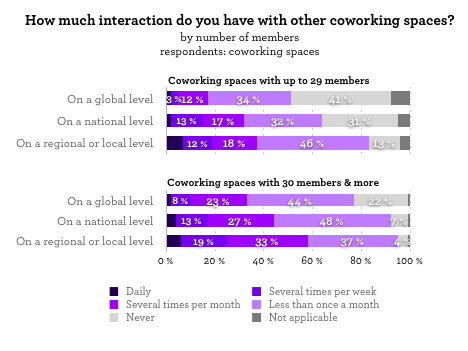 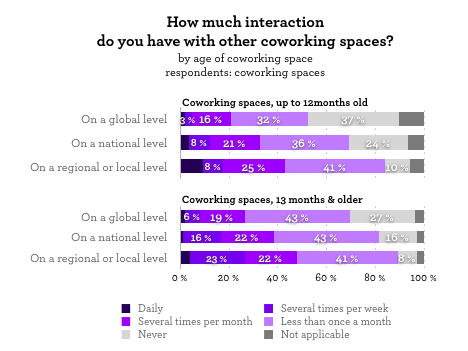 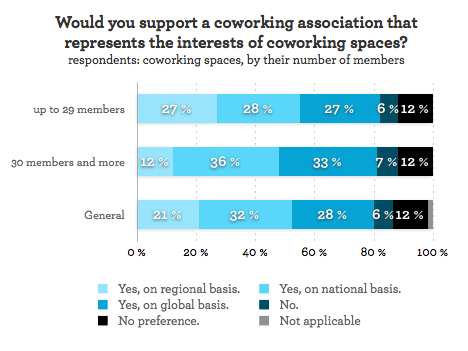 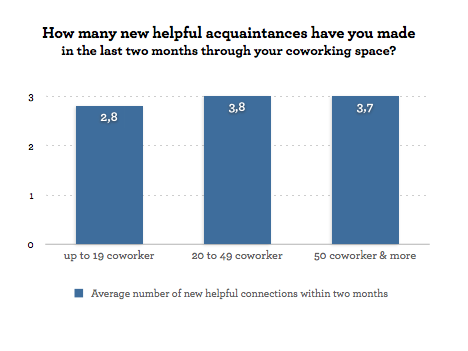 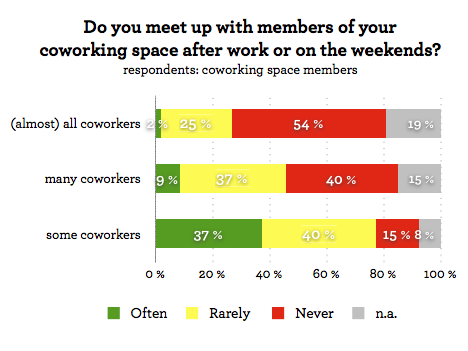 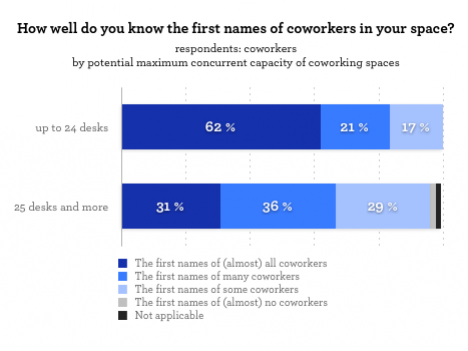 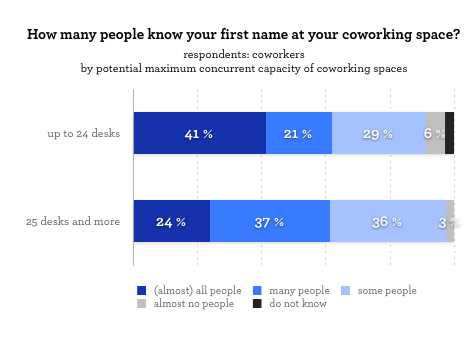 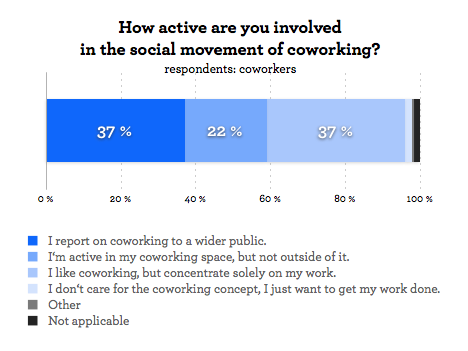 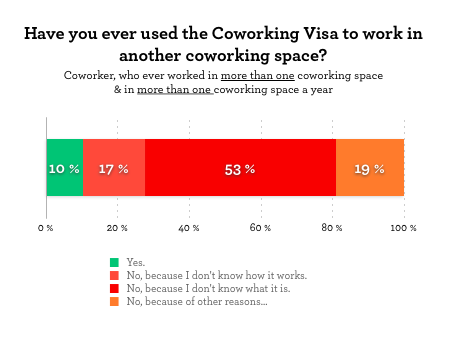 Coworking spaces are collaborative workspaces, and interaction should be one of their main offerings. How many events do they offer per month for it? And how do they link to each other, both within their own cities and across borders? These were some of the questions we asked during the 2nd Global Coworking Survey, and in this report from the study we present some interesting results.
By Carsten Foertsch - Tuesday, 20 December 2011

There are good reasons for spaces to host events, not least because coworkers demand them, and attend them. 84% of all responding coworkers said they attend events, and on average they visit 1.8 events per month. These statistics reveal a small correlation: bigger coworking spaces (those with 50 or more desks) that host more regular events have a higher attendance rate for each event. The more events you host, the more often your coworkers will come to them!

Here’s a statistic you can use to explain why coworking is effective: it helps you meet new people. That might seem obvious, but it helps to have some data to back up the assumption.

On average, most coworkers said they had met 3.6 useful new acquaintences in the past two months. The number fluctuates only slightly depending on the size of the coworking space – bigger spaces seem to generate a bit more often new aquaintances between individuals than small spaces.

One in three coworkers talk about coworking outside the workspace

The best advertisement for a coworking space is an active coworker. Just over a third of respondents (37%) said they talk about coworking to a wider audience, via friends and social networks. One in five (22%) say they are active within their coworking space, but not outside it, and less than 3% say they don’t care about the coworking concept but just want to get on with their work.

Coworking spaces practice what they preach when it comes to interaction, the results of the 2nd Global Coworking Survey show. And like their coworkers, they are more likely to interact on a local level, rather than internationally. 83% of spaces said they had exchanges with other coworking spaces on a regional or local level; only 10% keep themselves isolated. There is also a healthy level of exchange on a national level. Bigger spaces – those with 30 and more members – are more interactive on all levels, as are the longer-established spaces, those aged over 12 months.

Coworking Visa not widely used yet

One effect of greater cross-border interaction between spaces might be the exchange of members. However the survey shows that the existing “treaty” for travelling coworkers, the Coworking Visa, is not widely known or used. The Coworking Visa is an unofficial open agreement that allows coworkers to visit other participating spaces for a day or so.

We asked coworkers if they ever visit other cities to conduct work. Of these, only about 30% had even heard of the Coworking Visa, and only one in ten had ever actually made use of it. Data from our sister site Deskwanted.com shows that about one in four coworking spaces are part of the Coworking Visa, so we might expect it to be understood and used more often