The development of Coworking Spaces

The Cube - A coworking space in London 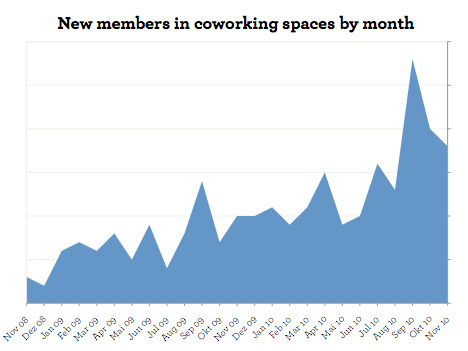 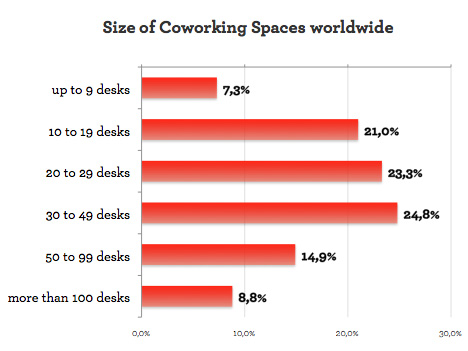 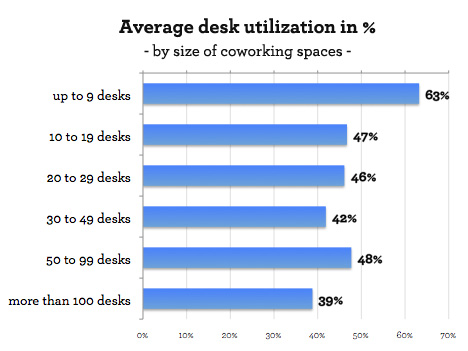 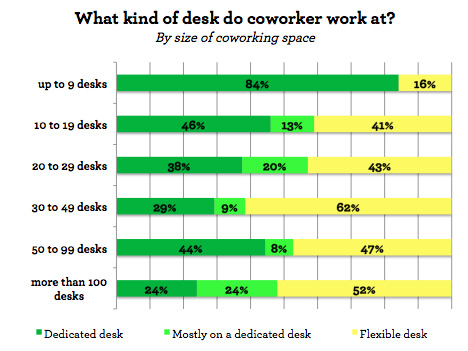 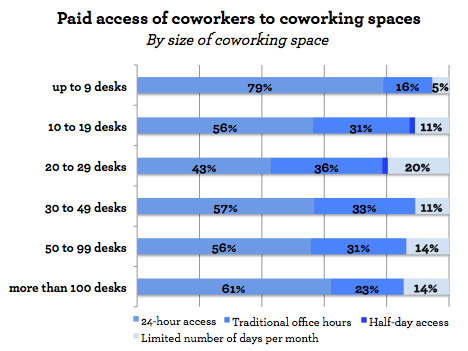 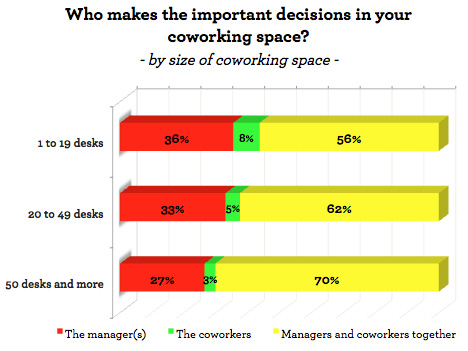 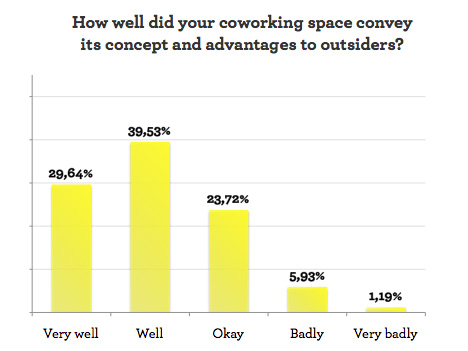 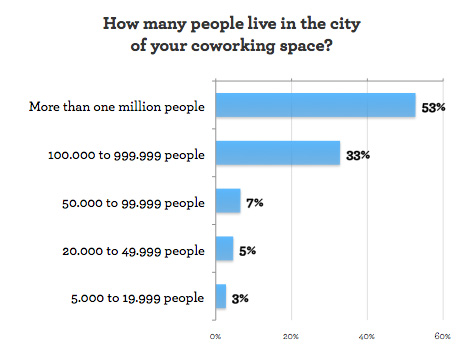 The coworking survey asked respondents which month they started their membership. From this, we were able to pinpoint the most popular time of year for new coworkers to begin. Most new coworkers sign up in September, shortly after the summer holidays. Another somewhat smaller peak occurs in April. There are two smaller waves shortly after the start of the year and at the start of summer.

It doesn't look so different in the southern hemisphere. In countries such as Australia or Brazil most new members also come in September, followed by August. There, it is not late summer but early springtime.

As was revealed by a Coworking study of Entreprise Globale - a Belgian think tank - most spaces have more members than desks. However, the global survey showed that the average desk utilization is just under 50%. How to explain this apparent contradiction? Quite simply, not all coworkers are present at the same time. Up to 30% drop in to work at very sporadic times. And most of coworkers don't work 24 hours in a row.

The smaller the coworking space, the higher the desk utilization load factor - unsurprisingly caused by the very restricted number of desks. Smaller spaces have also an higher number of coworkers renting permanent desks, and who come to work regularly. At least they pay more often for a fulltime ticket according to the global survey.

The bigger the coworking space, the lower the desk utilization load factor. Larger spaces have more flexible desks, so they need to provide more empty desks. Interestingly, there's a slight exception for spaces with 50 to 99 desk spaces. But with a utilization rate of around 50%, most of spaces have a lot more room for new coworkers.

How does this affect the organization of work spaces, and who makes the decisions? In small coworking spaces, either managers or coworkers have a higher say over how things are run. As the size increases, it becomes more likely that important decisions are made by coworkers and managers together.

And how good do coworking spaces sell their concept to the general public? 70% of all coworkers think they are doing a good job. And personal contact seems to be the most important factor.

When asked how they heard of their coworking space for their first time, 50% report they came in touch with them by friends or colleagues. One in four read about it for the first time in a newspaper or an online article. Direct searches via search engines such as Google currently play a minor role (17%). Advertising seems to reach the least number of people, which is not surprising for such a new market, and will change in the future as more coworking spaces open, as more normal and professional they will become and as more difficult it will be to attract media attention.