This article is the first in a series which highlights exceptional examples of coworking business models. Today we start at the beginning – temporary uses of spaces for coworking start-ups such this one in Salzburg (Austria) (Image: argekultur.at) 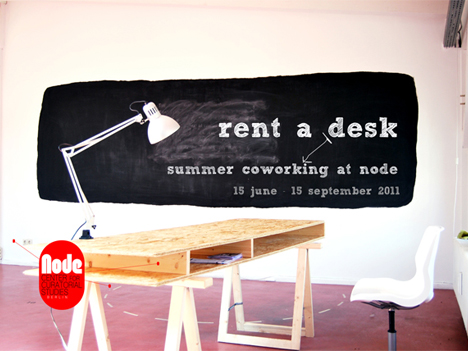 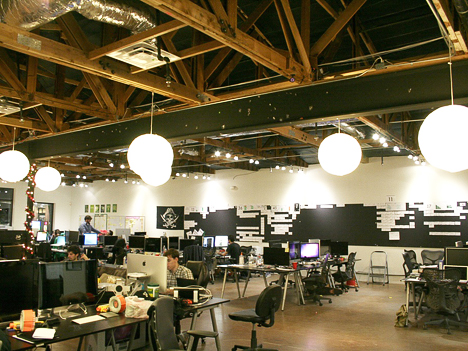 As the number of coworking spaces blooms, so to does the range of business models that they use to sustain themselves. Whether big or small, old or new, each coworking space can take some inspiration from different coworking models. This article is the first in a series which highlights exceptional examples. Today we start at the beginning – temporary uses of spaces for coworking start-ups, how to attract more students as potential members, and operating as a free coworking space.
By Carsten Foertsch - Monday, 11 July 2011

The same thought has occurred to the would-be operators of a planned coworking space in Salzburg, Austria. While they look for a fixed location, they are testing out their concept in a popular culture center of Salzburg which is underused during the warm summer months. They’re charging just €5 per day. And if it gets too hot, the coworkers can relocate to one of the nearby swimming pools.

Even organizations which don’t want to establish a permanent coworking space can use this tactic to bring a new and diverse crowd into their empty rooms. Just like the Node Center in Berlin, an art organization which has set up a summer coworking space in their gallery, offering to connect coworkers to the Berlin cultural scene. They also offer tours of other artists’ studios.

A coworking space in a temporary location offers many advantages, not only for beginners but also for coworking spaces that want to expand to new locations. When the space operates well with basic infastructure, it reduces the risk for space founders and lessens the cost of building a community in the beginning. For the owner or landlord of the temporary space, they can keep the location occupied, care for security and reduce the amount of lost rent.

Venues that close for certain seasons are great opportunities for temporary coworking spaces and are good for both sides, as it allows the empty location to get exposure, and for partnerships to be formed. However, keep your goal in mind, and establish a permanent coworking space afterwards.

Pay with benefits instead of money

A free coworking space, conference room included, for more than just one day? Yes it’s possible. Just look at Gangplank in Chandler, Arizona (USA), where all members receive a free workstation at any time, whether for an hour or the whole year.

“Free” of course has many defintions. Instead of money, coworkers pay with their time. As well as their own projects, they can work on other tasks that help to pay for their workspace. In Chandler, these tasks are mainly handed down from the city government, which has supported the founding of the space. It’s a win for both sides. Gangplank acts as an intermediary between the city council and the coworkers, while supporting a coworking space.

Gangplank insists their concept is called a collaborative workspace and not a coworking space. And they're right, coworking works entirely voluntary. However, you can try out this concept for a few days or weeks and leave Gangplank if you don't like it.

A higher level of commitment is asked when members use a permanent desk. These permanent members – so-called Anchors – provide additional community services, write blog posts, help to clean up after a certain number of events, and organize the workspace. This helps to reduce the operational costs and benefits all members.

For their clever concept, Gangplank was recently named among the hundred most brilliant companies in the US (the only entrant from Arizona). They are now moving to their third location, each bigger than the last. Chandler has a lot of potential, as one of the fastest growing cities in the country. There are two more Gangplanks planned, one in Phoenix and another in Tuscon.

Even if you don’t want to launch with such a radical concept, Gangplank still offers ample material for inspiration. Why not reduce the rental costs for members by asking them to undertake certain tasks, or take over part of the organization of the space? Many coworking spaces have this kind of cooperation with some of their members already, although in a more informal way.

You could also find financial supporters for a certain number of your desks. The city government would be just one of many potential partners. Users of these desks could, in return, work on small projects that benefit the financial supporters. These should be managable tasks – after all, no one likes to be exploited.

A similar situation unfolded at the Career Center of the University of North Carolina, which opened the H4 coworking space on the empty college campus during the summer. The university could also provide its infastructure, such as printers and projectors, and supported its students with training and events.

The project allows the Career Center to pursue a new philosophy: instead of finding internships for students or preparing them for jobs in companies, it encourages them to be self-starting and collaborative. If successful, a permanent coworking space is planned.

Almost 80% of coworkers possess a university degree, according to the Global Coworking Survey. Why shouldn’t they start coworking straight out of university? Career centers can be found on almost every campus, and all want to help students into a successful career. But not every university has space and the financial resources for a permanent coworking lab.

Coworking spaces might be able to offer space to university students, as well as a collaborative atmosphere and interaction with people who are already mid-career. Coworking spaces could benefit by inviting in students to fill empty desks, injecting a flood of fresh faces and ideas into their workrooms. These students could become future paying coworkers. You might be able to convince your local university’s career center to help cover the cost of your rent. All three parties could benefit from such an arrangement.