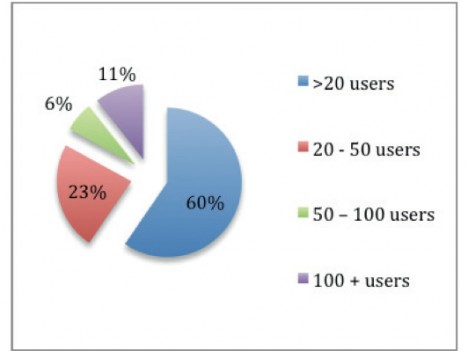 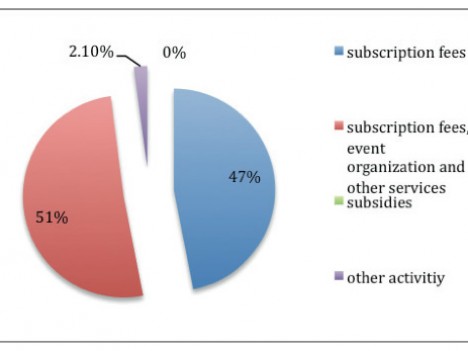 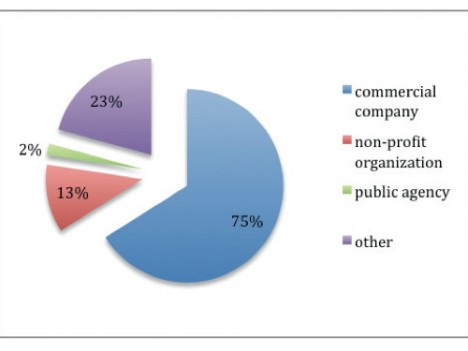 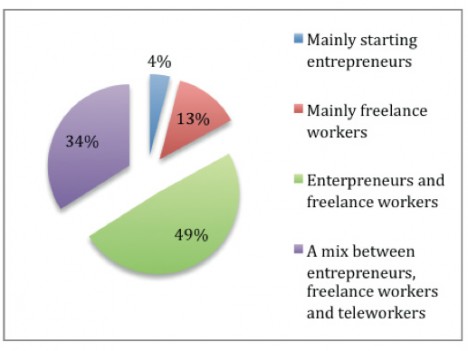 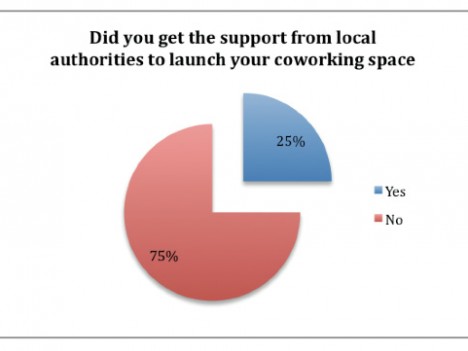 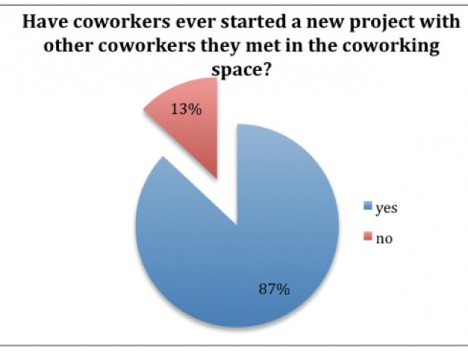 Coworking spaces are mostly small, full, privately-run and unsubsidized, earning money from a combination of desk and meeting space rental. And the number of spaces in Europe has grown rapidly, from under 20 before 2008, 80 in 2009, to at least 150 today. Some predict the growth curve to maintain its steep ascent. That’s the picture that emerged through a survey of coworking spaces, released on the weekend at the Coworking Europe conference in Brussels. The survey was sent out to all known coworking spaces in Europe, and elicited 47 responses.
By Joel Alas - Monday, 22 November 2010

The results show that 52% of spaces are small, with between 8 and 19 desks, while 6% could be described as extra-large, with a capacity of above 100. The figures show that most spaces have as many or more members than desks, indicating that most are operating at or above capacity, and that the industry is not oversaturated. For most, income from desk rental has to be supplemented by leasing meeting and event rooms to outside groups. 47% said they got by on desk rental alone.

Coworking in Europe has emerged from the private business sector, bucking expectations that it would trend toward a non-profit business model. According to the survey, 65% of spaces are privately operated by commercial companies, 13% are non-profit organizations, 2% are run by public agencies, and the remaining 23% take other business forms such as social enterprises.

Additionally, coworking has been largely unsupported by government agencies. Only 25% of spaces reported receiving some kind of public funding. This may differ between countries – for example, French conference participants reported that almost all coworking spaces there were publically funded in some way.

Comments by Marco Curavic, unit head of the European Commission’s Enterprise and Industry directorate general, hinted that this was unlikely to change. He mentioned nothing about specific funding for coworking spaces, saying only that the EC was supportive of the concept in general.

The theoretical advantages for independent freelancers working alongside each other has long been known. But the survey was able to put a number on exactly how advantageous coworking can be for the individual. Eighty-seven percent of spaces reported that coworkers had started new projects with other coworkers they met on site. The complete survey is available on here.

A handful of other interesting statistics were aired across the weekend: 80% of Spain’s coworking spaces opened in the past year. 46% of them are under-occupied. 90% are in rented properties. 81% are run by owner-managers, 58% have more than one manager. 50% of all users are permanent desk renters.

40% of coworkers join a space out of a need to feel productive. 40% join to stop feeling isolated. (Source: Jacob Sayles, Office Nomads, Seattle).

More articles on the Coworking Conference in Brussels:

Cashing in on coworking

An official coworking association? Not yet.