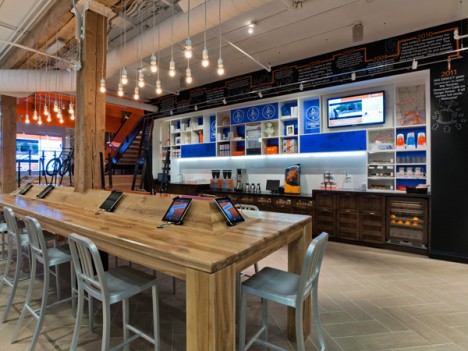 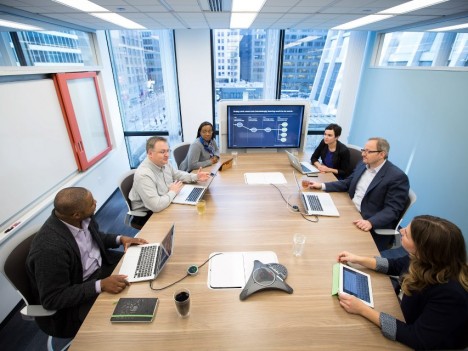 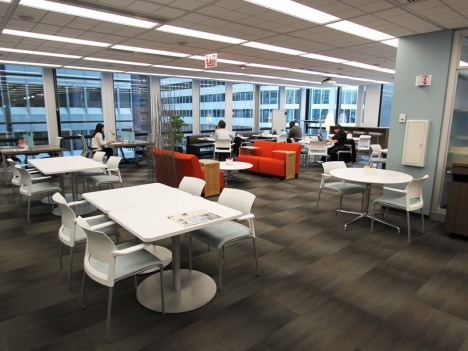 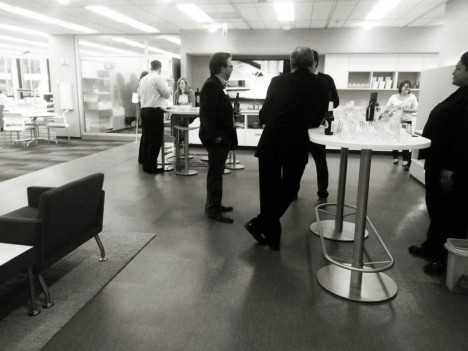 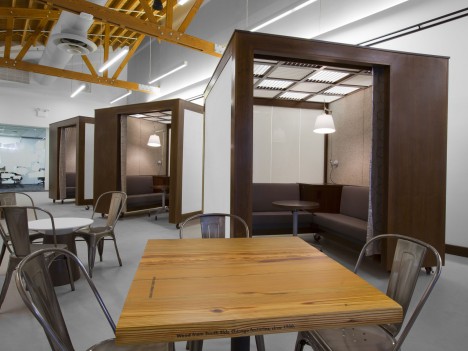 The philosophy behind coworking and corporate work environments seem to be very different. In many ways coworking is considered the alternative to working in a corporate office, and it gives those who want to change their work environment, a place to go. But what about corporations or other large enterprises that operate such a space? But what if there was a way to have the best that coworking has to offer, without having to completely abandon your current occupation. What advantages are realized by creating new space, or by renting out a currently underutilized office in today’s coworking market? We took a closer look at coworking spaces that have found the happy medium between the two concepts, and as a result have created some spaces of their own.
By Jim Blackstock - Tuesday, 19 March 2013

Coworking spaces have become ubiquitous in today’s freelance and start-up landscape, and for good reason. They began sprouting from an organic desire for a workspace that could suit the needs of a multi-disciplinary and highly mobile workforce. Workers wanted to choose their own colleagues and collaborate with like-minded people. So you might wonder, what are corporations gaining from creating coworking spaces?

What’s in it for the big guys?

Liquidspace has recognized vast amounts of empty workspace and have forged a path toward efficient use of those resources. And because they handle both sides of the equation, mobile working consumers and corporations listing extra space, they are in a position to witness the blending of the coworking and corporate environments. Liquidspace is a software platform that connects consumers with available work and meetings spaces - including coworking spaces - in real time. It also offers corporations the ability to list underutilized office space for coworking use, allowing them to recoup some of their real estate costs and reduce the impact that empty office spaces have on the environment.

Mark Gilbreath, the founder, says: “At the start, [Liquidspace] was a purely consumer approach, but about a year ago we began to test a hypothesis, which was that this concept of a marketplace of space, available on demand, is well aligned with the interests of corporations or enterprises. Corporations, medium and large, were looking to transform or rationalize their real estate strategies. Broadly speaking, they had discovered that the campuses, the portfolios that they’d built, were dramatically underutilized. The model that we have lived with for fifty to a hundred years, of assigning employees a specific desk, or a cube, had led to a current state where those assets are dramatically underutilized.”

The rise of mobile technology has long allowed freelancers to break free from the traditional workplace and settle down to work in differing locals, whether it was the spare bedroom, the neighborhood coffee shop, or the great halls of their public library. However, to those looking in from the outside, it has taken corporations much longer to see the benefits of mobile workers.

But things are staring to change. Gilbreath observes, “Mobility for a corporate employee might mean that I’m down the hall in a conference room with [an employee], or it might mean that I am working on the wi-fi in the cafeteria. It might mean that I’m working at the coworking site across town, which is closer to my house, or I’m working at the hotel meeting room that’s closer to the client that I’m going to visit that afternoon. To put it another way, for corporate employees, people are leaving work to get work done. And that phenomenon is increasing.”

What are they learning?

With the popularity of coworking in general, and the advent of new tools to track consumer preferences, corporations are getting wise to the desire for workspace freedom. Gilbreath says "there’s a lot of anecdotal evidence out there...that implies: providing employees with choice of workplace, leads to more engagement. I think the spirit of the word engagement is that is leads to a greater sense of entitlement and enthusiasm about the work...The collective intuition of the workspace world is that empowerment for [the employee] leads to good things. I think the opportunity going forward is to actually validate that. To prove that with empirical data.”

Large corporations are even beginning to renovate existing offices to more closely resemble the coworking model. Bright, wide-open spaces, clusters of desks and comfortable common areas are becoming the rule rather than the exception. “[Companies] are mimicking some of the spatial design and even some of the social aspects of the coworking space, because they are seeing that those environments are vibrant. We have sort of a mainstreaming of the concept of coworking now, and these corporations are recognizing that the nature of the highly simulative, highly interactive, entrepreneurial, funky, environment that thrives within coworking, is kind of a shot in the arm that they are looking to infuse into their own corporate culture.”