Coworking in Vietnam: An interview with the founder of HUB.IT 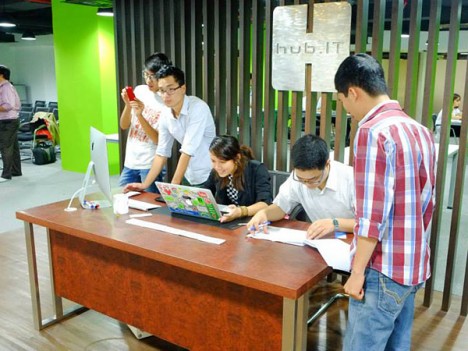 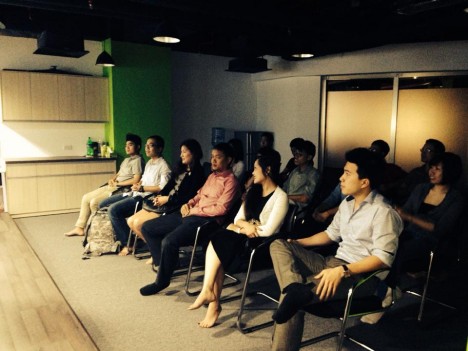 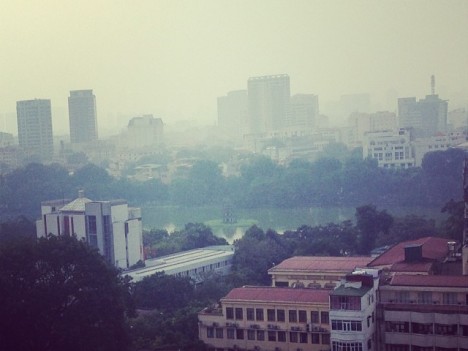 From Berlin, to New York City, to Thailand, Deskmag has covered the ins and out of the coworking movement, exploring new locations and cultures that have inspired the coworking movement all over the world. Recently, we spoke with Bobby Liu, founder of the HUB. IT, which recently celebrated its opening in Hanoi, Vietnam. Liu spoke with us about opening the space and also the need for coworking in Vietnam.
By Amanda Gray - Friday, 22 November 2013

For Bobby Liu, opening a coworking space in Hanoi wasn’t just because he loves coworking, which he does, but it was mostly out of necessity. As an experienced coworker, Lui saw that there were many freelance photographers, writers, designers and so on, both local and foreign, who were lacking s supportive community. After several trips to Singapore last year, where Liu spent time in a coworking space, he was struck with the idea that coworking in Vietnam just might be the way to start building the necessary community for independent workers.

Deskmag: What challenges do freelancers face in Hanoi?

Bobby Liu: First, the high cost of commercial real estate rentals are prohibiting them from getting an office space, and virtual offices are no better. Hence the need for a cost-effective means to bring them together. Then, coupled with the burgeoning startup scene, especially with the younger generation, it really necessitates a community of some sort to further cultivate and nurture these young startups.

The last couple of years have not been good for the real estate players, especially in commercial properties. Most commercial properties are just sitting at around 35% empty, some even more. Something has to give. While talking to a building owner, the subject of change and renewal came up and by the end of the conversation, Hub.IT was born.

Are people in Vietnam receptive to coworking? If so, how?

Things are a little different in Vietnam. Coworking in the Western world could be anything as long as there is community. In Vietnam, it's often more closely tied to IT startups, rather than any random community. This is mostly the same across Asia. The idea of coworking is still at its nascent stage. Most of the time it gets confused with serviced or virtual offices in general. However, within the IT sector, it's becoming more and more popular. In Vietnam, there're no less than 3 incubator-led coworking spaces, funded by VCs and Angels. A couple of others, like Hub.IT, are independent spaces. More and more, such spaces are also associated with tech-based events.

Ho Chi Minh City is typically known as the economic center of Vietnam, so how does Hanoi compete? How might competition affect the coworking movement?

In the general context of Vietnam's economy, HCM is indeed the commercial center. However, things are more evened out when it comes to IT startups. While the money guys are still based in HCM, some of the more talented techies are actually from Hanoi. The startup scenes in both cities are equally vibrant, so it's not so much as Hanoi is competing, rather, contributing to the whole IT ecosystem of Vietnam.

What are the other spaces in Vietnam like? Do they draw influence from the surrounding culture, or are they looking to reach a more global clientele?

Some of us talking about creating a community of coworkers in the country, sharing resources, and building the ecosystem. I think in a couple of years, coworking in Vietnam will find a certain niche and this possibly will be one good reason for like-minded folks from all over to come to Vietnam and cowork. After all, Vietnam is a beautiful country with unique cultures

What are your plans with HubIT? Will you offer workshops and do you have future goals to expand throughout the city/ country?

Hub.IT is what I called an independent incubator. We don't invest into startups that are our members but we provide coaching and advisory services. Hub.IT has an advisory team consisting of business leaders in Asia who are generously contributing some of their time to nurture these startups. If any of the advisors/mentors decide to invest in the startups, then it's made independently to them.

To further cultivate the startups, we do have some regular events planned, as a resource platform. Some of the events are Tech Talk, Web Wednesday (more for those in digital media), StartMeUp - a platform for would-be startups and other business-related events such as Marketing, taxation and legal workshops.

As for expansion, no, I'm not looking to replicate Hub.IT in other cities. There's no need to. We will be happy to share our success with interested parties in other cities, just not us expanding.