‘The pop-up was an amazing way to teach people about coworking, and to introduce them to the idea of working in an open environment', said Marko, 'it was important exposure for Slovenia Coworking,’ which hopes to open a space soon. 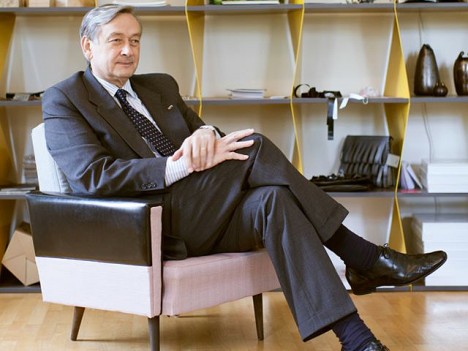 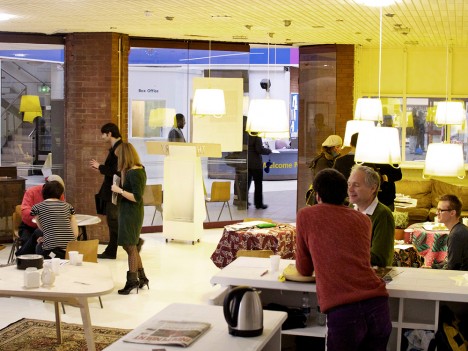 Why should the benefits of networking, meaningful face-to-face connections and interesting learning opportunities be confined to coworking spaces alone? A number of coworking space advocates and operators have taken advantage of their skills as expert event organizers and community managers to uproot the concept of coworking from their fixed spaces and apply them for a short time in other contexts… with astounding results.
By Anna Cashman - Wednesday, 12 December 2012

Jaime Aranda Serralbo is the co-founder of workINcompany, a coworking space in Seville, Spain. For two years, he and his business partner have been evangelizing coworking by hosting events, meet-ups, jellies, and presenting the concept to audiences in a range of industries. In this time, both have become expert marketers, event organizers, and - above all – community managers, and were looking for a way to use their skills over the slow summer period, and sell coworking as a service.

‘We’re specialists in both events and connecting people – we set the base for a coworking personality. We thought about what we could do to show the interaction of coworking in a few hours, and wondered if we could create this dynamic at events,’ said Jaime.

Jaime thinks that there is a special need for meaningful ‘networking’ areas in Spain in particular, where the business culture, he feels, is passive.

‘[Business people] really need someone to show them how to network and sell [their product],’ said Jaime. When EBE, a widely-known annual blogosphere event held in Madrid, contacted Jaime asking if he could create a networking area that actually connected people, he knew they were the right people for the job.

Along with his business partner Alberto Pérez, a workINcompany team,Ramon Suarez from Betagroup Coworking in Brussels, and Manuel Zea from Coworking Spain, a ‘sellable’ pop-up coworking space was devised to replace the ‘networking area’ of previous years (consisting of bar tables and a few papers signs, which were quickly folded flat and used as coasters).

For the project to work effectively, the team understood the importance of moving away from the digital – especially at an event like EBE – and replacing it with the analogue. They took photos of everyone who visited the space and supplied basic professional information, creating something like a members’ wall. This allowed ‘coworkers’ to have an idea about who was there, and to make connections themselves.

‘Just networking is démodé,’ said Jaime.  ‘You need to create an environment where people feel comfortable, to create a feeling of fraternity, of brotherhood… we created avatars, and hosted activities that promoted collaboration.’ said Jaime. A little bit like what you find in a coworking space.

The pop-up space itself consisted of four separate areas, and had a program that was just as rich and varied as the event itself, with all sessions focusing on connecting those present.

But their ‘coworking services’ went beyond the space itself.  The ‘coworking brigade’ appreciated that not everyone would visit their area, so devised a colored sticker system so strangers could identify each others’ interests in the halls.

‘We gave people the tools to make those important connections,’ said Jaime. ‘like how we do in our own spaces, but without being there in person.’

Of course, pop-up coworking spaces, and these types of coworking services, will never replicate the real thing, since it is impossible to create a community in a matter of days. Does this mean that it is giving a distorted view of what coworking is?

>> Next page: The idea is gaining popularity