Coworking spaces: How to succeed thanks to crowdfunding 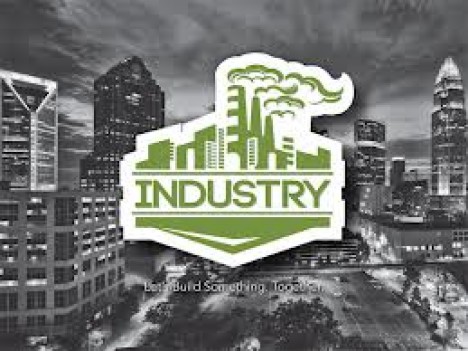 Who ever dreamed of funding their project through crowdfunding? Many projects have the potential, but coworking spaces have a major asset, and that is their ability to mobilize communities that are ready to get their hands digitally dirty. Are you worried that your project is too localized, or that you don’t have the experience required to succeed? Whatever your concern, Deskmag offers some tips and solid advice taken from coworking spaces that achieved their crowdfunding goals.
By Rémy Cagnol - Friday, 19 July 2013

An organized crowdfunding campaign could determine the identity of a community or simply give a coworking space more attention. It could also “prove” the efficiency of the community, its maturity or its ability to access upward mobility. Finally, crowdfunding can be the perfect tool to easily get new partners or investors for a project. Here are the different strategies HUB Oakland, Industry, based in Charlotte, NC and Laptop in Paris, used to achieve their goals.

Do not hesitate to think big

Betting on crowdfunding to finance the creation of a coworking space was the daring idea of the founders of the now existing HUB Oakland. A winning bet thanks to the support of more than 1,200 backers, who allowed the project to exceed their goal, in May 2013, by more than 40% of the amount requested on Kickstarter, ultimately bringing in around 142.000 dollars.

“There was no exit strategy, failing was simply not an option,” explained Konda Mason, Lisa Chacon and Ashara Ekundayo, part of the founders team. In fact, the example of HUB Oakland proves two things. First, a community gathered around coworking could become large enough to fund important projects, if a good strategy is established at the beginning stages. Second, you have to promote yourself on a larger scale and go beyond the greater business community.

The campaign lasted for one month, during which the core team was fully dedicated from beginning to end. The team claimed that, “as the campaign never really stopped, we never stopped working, we even had a bed in the backroom.”To sustain such a high rate of work and to ensure success, the HUB decided to hire an expert in crowdfunding from the Collective Agency. “He was the driver and the executor; a crucial expert that helped us to create the message, build a contact database, and give us advice”, they explained.

Although, this team has been involved for over a year in the Oakland community, and has already benefited from having a solid and good reputation, the strategy established by the agency shows how crowdfunding could also be a powerful communication tool and also be used to get a community involved.

The Campaign was started 3 months before it was officially sent over to Kickstarter. The time period required creating a video and the chance to set a coherent communication plan: you have to tell a story! The sentence “what-makes-you-come-alive” is one that you’ll hear in the first few minutes of the video, and is also the URL used for both Kickstarter and several YouTube videos. Finally if you Google “Come Alive With. Us”, you will be redirected instantly to the Kickstarter project page.

Is a project local or not?

Many project leaders might think that their project is too local to be of interest to a broader audience. But everything lays in communication, thus, the “HUB” logo network, which has the potential to come across slightly formal and impersonal, has been mixed with the image of an oak, which is a symbol of the city. This strategy to combine the two logos was affective when reaching two objectives, which was to communicate the goals of the local sector but also managed to avoid the repetition of the word “Oakland” on web pages, therefore attracting more non-residents!

To mobilize the community, the team organized a party to celebrate the start of the Kickstarter campaign. Plus, one of the winning strategies of the coworking space was to wisely use its network. They achieved this through a selection of “champions”, i.e. some ambassadors, who already had large networks and influence. These figures helped to spread the word, and also by using the HUB network itself, they gathered thousands of members who are already involved in the coworking community. “We decided to involve all of the HUB community and decided that HUB Oakland will be the first to be brought online. Then, after that we could ask: who’s next? “, said the founder team.

▶ Next page: Succeed with your first crowdfunding campaign