Coworcation: The most productive holiday you can take.

Happy co...surfers at The Surf Office 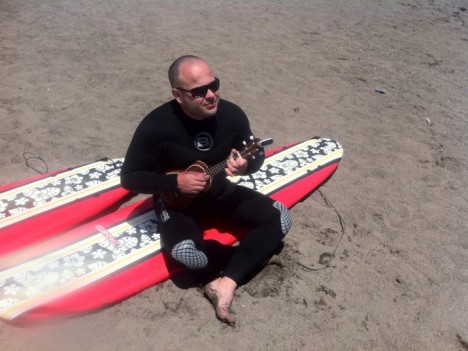 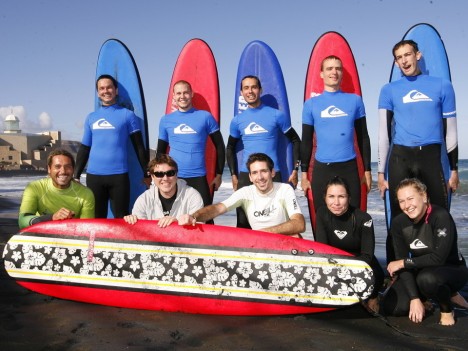 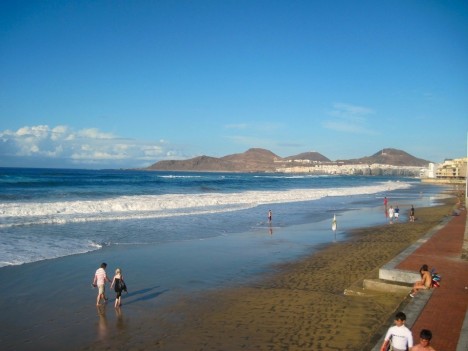 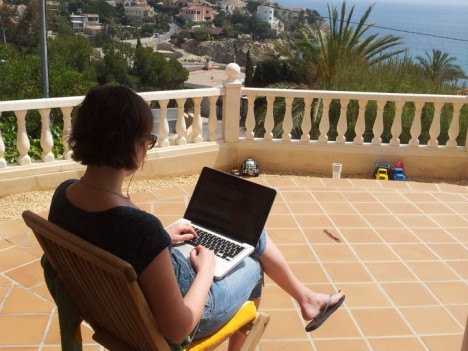 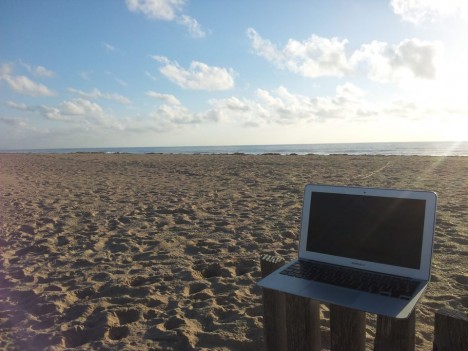 In the wake of endless music festivals, BBQs in the park, beers on the roof and seeing all your friends post on Facebook about their exotic travel destinations, it’s safe to say: summer has officially arrived. But what about those of us who are self-employed, and in our world, the idea of taking a vacation is somewhat abstract. Deskmag has considered the freelancer, and has figured out a way that you can combine productivity and relaxation, through a couple of very special coworking projects….
By Amanda Gray - Monday, 08 July 2013

When you’re self-employed summer vacation looks a lot like endless piles of paperwork, constantly pitching to clients, and worrying about the next paycheck. The only exotic destination you’re going this summer is into the depths of your email account. Those deadlines are not going to meet themselves, and yet again, it seems that maybe taking a holiday will have to wait until next year…or maybe not.

Deskmag recently posted an article about coworking on islands that focused on creative spaces that offer a professional paradise for those living in locations like Bali or Hawaii. From the enthusiastic response we got from coworkers worldwide, it seems like the majority of freelancers would just love to have the opportunity to pack up and take their business to the beach, even if it’s just for a few weeks. Luckily, you don’t need to turn your whole life upside down to enjoy the good life while still getting things done, because The Surf Office and Sunny Office are here to offer you a little piece of pop-up paradise.

Michal Kostal, co-founder of The Surf Office, has taken a major step when combining holidays and coworking. “We would like to achieve a balance for people who are coming from a coworking environment, and also for those employees who are simply feeling burnt-out, ” Kostal told Deskmag.

For Katja Andes, the mind behind Sunny Office, having the ability to freely work where you want is one of the best parts of coworking. After quitting her job last November, she decided to take advantage of her newfound freedom, skip the harsh German winter, and book a flight to the South of Spain. “Once I was there I started to meet cool people, but I knew I was missing some coworkers. I realized that I didn’t want to be alone with nobody to discuss my projects with,” Andes told Deskmag.

Andes took matters into her own hands, and began to scout out locations that would be suited for coworkers. She kept her focus on a strong internet connection and a space with both private and public areas. Kostel also stressed the importance of having a reliable Wifi connection in order to fuel a proper productive environment, while simultaneously reaping the benefits of having the beach only a 5-minute walk away.

Established along the coast of Gran Canaria, this coworking paradise, if you haven’t already gathered from the name, involves a lot of surfing. The Surf Office came out of a passion for the sport but also the practical realization that we all need funds to pursue our passions in life. “Our project is perfect for individual freelancers or startup groups who are looking to work on a project for a certain period of time,” explained Kostal. And what better way to gain inspiration then is combining the philosophy of coworking with a unique environment.

When it came to building a network, Kostal tapped into a community that was already familiar. Kostal has been running surf camps in France and Spain for a while now, and the surfing enthusiast is also the co-founder of the Slovak Surfing Association. In collaboration with a friend, who is a veteran coworker, the two combined their respective passions and set up shop in Gran Canaria.

For Andes her original network was created when she formed “Idea Camp”, a company that has created a platform for entrepreneurs to exchange ideas with one anther while developing their projects. After taking a few months to get a feel for how people would respond to the idea of coworking abroad, Andes took the plunge. “I found a cool house where I could establish Sunny Office and already had people who wanted to join,"Andes explained. "So after this initial proof of concept, I then started looking for good places for teams. Right now I am starting to plan for this autumn, where I would like to start for doing a program around 2 weeks, to get people together, especially in Spain and in Portugal.”

Prices for both the Surf Office and The Sunny Office, include workspace and accommodation. Both Kostal and Andes have mae sure to choose places where there aren’t so many tourists, so workers can enjoy the benefits of an island vacation with a touch of peace and quiet.

“I think one of the points that defines us, is that we are not a classic coworking space that is building local community. We want to focus mostly on people who want to move for a period of time and then go back home, so it’s not so much local, but more a temporary pop-up community,” explained Kostal.

For Andes, the ability to come and go is also in the cards, as she told Deskmag that her dream is to have between 2 to 3 fixed locations where people can go and work throughout the winter.

"I think for people who have a hard time detaching from their computer or don’t have the time to take proper vacation, it’s a perfect option, said Andes. "During the last Sunny Office, we had 2 very productive weeks, but everybody was completely relaxed by the end."

Found in Paradise: Coworking on Islands