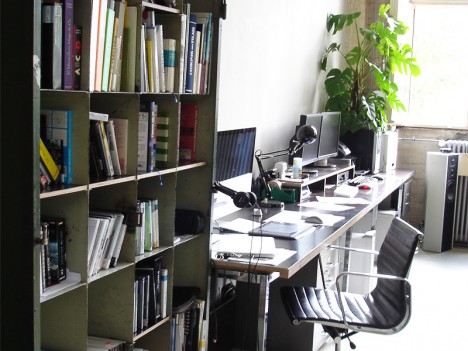 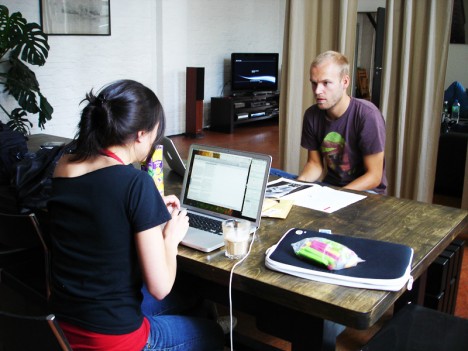 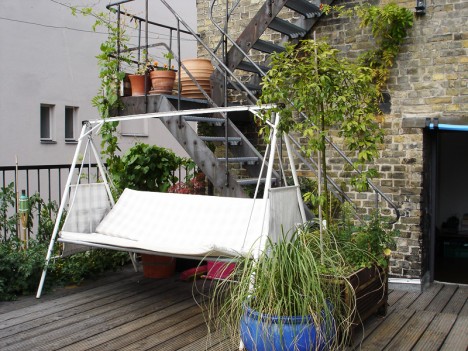 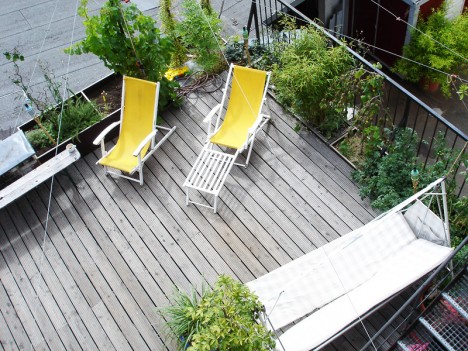 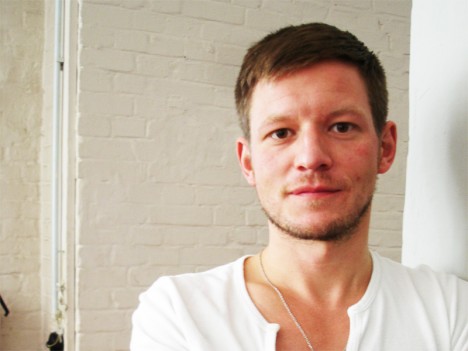 Sometimes a shared workspace is just a place where individual workers coexist. But more often than not, proximity encourages interaction. The 908video studio in Berlin is one example of how cohabitation leads to collaboration.
By Joel Alas - Tuesday, 03 August 2010

A year ago two separate film companies decided to pool their resources to share the rent on a large warehouse space in the Schlesisches Tor district of Kreuzberg. One company, Track’n’Field, made clever short films, mixed with elements of animation. The other, 908video, was focused on post-production, with particular expertise in 3D imaging.

“In the beginning, it was not the intention to do everything together. The intention was to share an office,” said Tommy Nick from 908video. Of course, things turned out differently: “We had the technical people from 908video, and the more creative people from Track’n’Field, and also a composer with a sound studio. Everyone had his space. But after a while, we started to feel pretty comfortable with everyone and with the whole space. We thought, ‘let’s try to focus on projects we can work on together.” Today the two companies are so closely integrated that they use just one name, 908video, and work on all projects as a single entity.

Berlin’s film industry is booming. There are dozens of large post-production companies in the city, and a huge list of studios for motion design or 3D imaging. Yet there are very few that combine these elements with a creative directing team that can craft ideas and images from scratch. 908video is one of about three such full-service production studios in the city. Their clients include many big-name brands, and their advertising productions can be seen across worldwide television and the internet.

The 908video studio is one of those offices that young entrepreneurs dream about when planning their ideal workspaces. It occupies a large fabrik-etage – an entire storey of an old brick factory building, which are numerous across Berlin. Some of the industrial elements of the building have been retained in the renovated office, such as metal fencing which once protected dangerous machinery.

A workspace for both, clients and team members

A tour of the office starts on the rooftop terrace, equipped with a barbecue, herb garden, deck chairs and a swinging seat. This is where workers come to catch sun and entertain visitors. “It’s important to have a workspace where you can bring clients and have them feel comfortable,” Tommy Nick said.

Important, too, that the workers are comfortable. That explains the lounge area, with huge couches and a huge television, connected to cable networks and a Playstation, the use of which is not discouraged, Nick ensures. There’s also a fantastic catering kitchen, better can be found in most homes, with an all-important espresso machine. A long wooden table encourages workers to eat together and interact.

Nothing is less productive than an office you don't like

“The whole surrounding is important to become creative. There’s nothing worse than having an office where you don’t feel comfortable. It took a long time to find the workspace. A lot of offices were too small or too office-like. In Berlin it’s not easy to find affordable space like this. Its still cheaper than Hamburg or Munich, but in the last couple of years everything has become more expensive.”

As prices increase, more small companies might consider the 908video approach – sharing workspace with other complimentary small firms. And as the 908video experience shows, it usually leads to bigger and better projects for everyone involved.