Advantages of coworking spaces over other offices 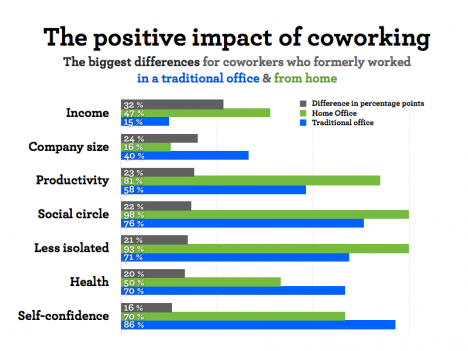 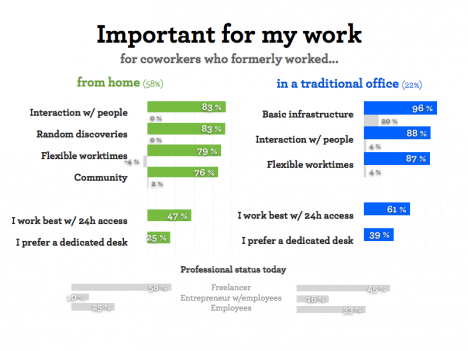 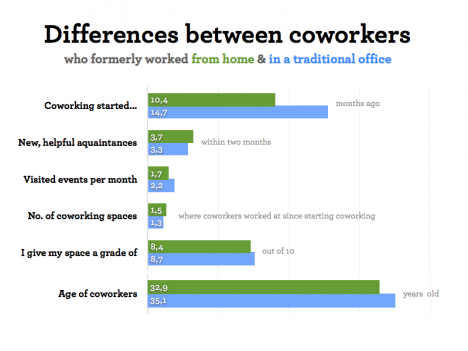 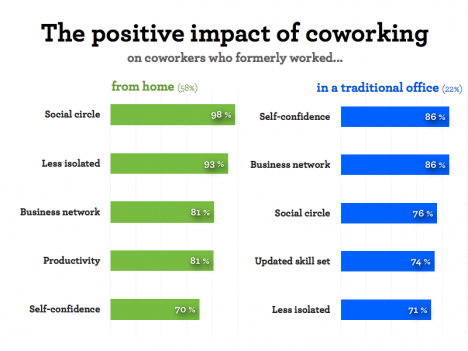 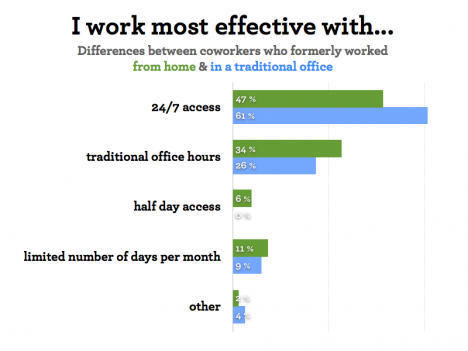 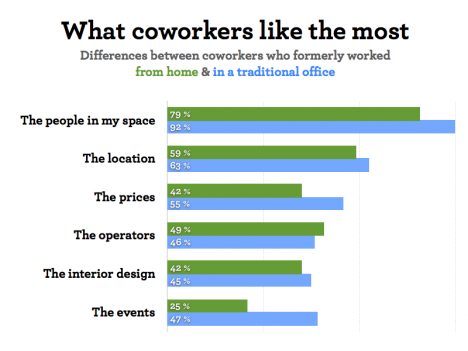 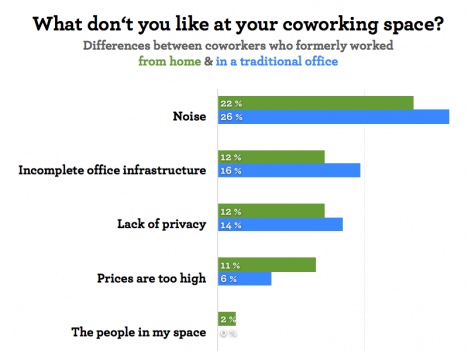 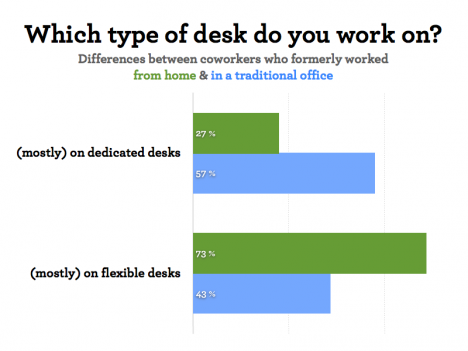 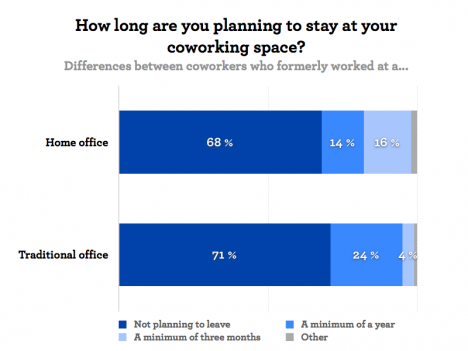 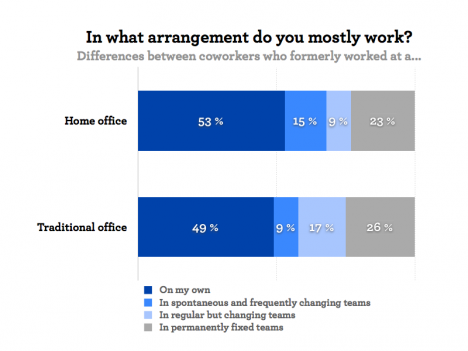 The living rooms, kitchens and bedrooms of the world house most workers before they decide to move to a coworking space. Far rarer is the transition from a traditional office. Are coworking spaces therefore an alternative to home offices, rather than the traditional office? How does previous workspace experience impact the coworking experience? These questions are explored in the final part of our second coworking survey... until the the third coworking survey - with a new focus - begins in a few days’ time.
By Carsten Foertsch - Thursday, 11 October 2012

"Value is no longer created in traditional offices," some coworking spaces, and their advocates, claim. To say this is not entirely true. Excepting, perhaps, financial institutions, other types of companies do contribute to economy as a whole, and many of them still work in traditional offices.

Regardless of where members were working previously, a change to a coworking space is almost always welcome - even if there are significant, and unexpected, differences between the two working environments. Consideration paid to members’ previous workspaces can offer invaluable insight for coworking space operators into the expectations of current members.

Compared to a traditional office, the majority of coworkers report an increase in self-confidence - almost 90%! This is probably thanks to the flexibility that coworking spaces provide, and the fact that they are surrounded by a supportive community, with whom they voluntarily enter into a relationship with.

Members coming from a traditional office work more effectively with 24-hour access and their own permanent desk, and have higher expectations of office infrastructure. However, they are appreciative of the possibility to choose their workplace, their hours, and the people with whom they associate, voluntarily and more flexibly.

They are the members who are most likely to expand their business networks, and more frequently benefit from opportunities to update their knowledge. This explains why they are more likely to attend events. On average, they are less likely to change coworking spaces than a home-worker.

These members like their new workspaces slightly more, which is surprising given that ex-home office workers were more susceptible to feelings of isolation. In addition, 70% of members feel healthier than what they did working in a traditional office! It is likely that the more self-directed way of work is again the reason for these improvements: by choosing one’s own colleagues and contracts, the risk of bullying and frustration is lower. Coworkers also tend to choose coworking spaces close to their homes, and commute on average 22 minutes to their space, greatly reducing stress levels that come from daily travel.

Home-workers also feel healthier, but 'only' every one in two, because they are less likely to victims of bullying or office politics, and have no commute-related stress. They, unsurprisingly, benefit the most from reduced isolation and being part of a community. The biggest benefits experienced by ex-home-workers, however, is increased productivity (23% more than ex-office workers) and an increase in income (32% more).

Unlike ex-office workers, they are more flexible and choose their membership plans accordingly. For them, ‘normal’ opening hours are more acceptable, even if a near half prefers 24 hour access. Not surprisingly, they are more price-sensitive than ex-home office workers, explaining their preference of flexible desk plans.

Nevertheless, there are some similarities between the two groups. In particular, the people with whom they work is a positive factor expressed by both groups. The majority also would miss their coworking space: 7 out of 10 respondents have no plans to move (out).

This said, 16% of ex-home office workers intend on staying in their space for between three and twelve months. For them, the home office is still the main workspace alternative, working here most often when not in their coworking space. Compared to ex-office coworkers, they are tougher with their scorecard of their space, but only slightly.

The third Global Coworking Survey will have a new focus: cooperation in coworking spaces, what forms of collaboration exist concretely, and are practiced how often. The survey will begin next week. Anyone wishing to support the survey as a coworking space will be listed as a supporter in the booklet of results. If you have any questions that you would like to see included in this year’s survey that were not covered in the previous years - or you would like more information on opportunities to support the survey - please send an email to This email address is being protected from spambots. You need JavaScript enabled to view it.