6 Reasons to build a cooperative of coworkers 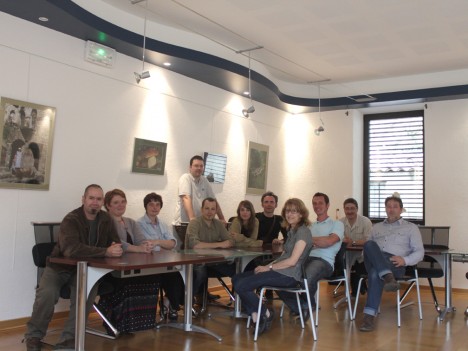 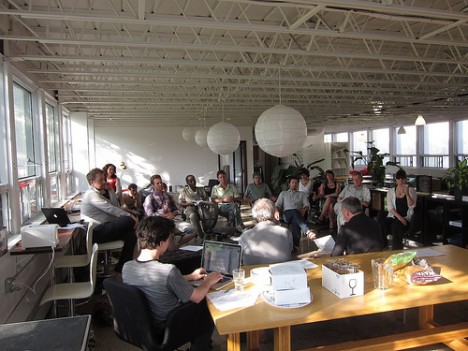 Cooperatives generate 100 million jobs around the world and propose a model that reflects the values of the collaborative economy. Thus, we now see coworking spaces that are managed by cooperatives of entrepreneurs, resulting in coworkers that have control over their workspace, while also having the ability to share their skills and ensure the viability of their business. Of course this cooperative model does not fit all, but if you want to take the next step in the collaborative economy, Deskmag presents to you 6 good reasons to create your own coworking cooperative.
By Rémy Cagnol - Wednesday, 13 February 2013

Cooperatives are nothing new, in fact they have existed for several centuries. But cooperatives comprised of entrepreneurs are a much more contemporary development that aims to meet the needs of today’s workers. Deemed unprofitable incubators, it seems that they simply face the same prejudices that coworking spaces did in their infancy. Deskmag interviewed Eclectic.coop, Ecto and Koala, three cooperatives that offer coworking spaces, as a way to understand what the cooperative model can actually do for entrepreneurs.

1) Cooperatives for entrepreneurs are probably not what you think

"People are wrong to think that cooperatives are non-profit associations," said Stephanie Gaudreault, founder of the Koala Project, a cooperative for the future freelancers of Quebec. In fact, the profits are distributed amongst members who are also owners of the cooperative. It ultimately results in a cooperative style company engaging in commercial activity.

“Some entrepreneurs tell us that we seem like an incubator, but that’s not what we are," said Yves Otis. He is the founder of Ecto, a cooperative in Montreal that is based on the coworking model and has more than 100 members. In fact, if a cooperative is an economically safe environment, there are pools and works more than you will with it. “We are providing our members with a platform but not directly with a work" said Yves Otis

People think that Cooperatives are neither cost effective nor efficient. Instead, cooperatives have a better chance of survival than traditional SMEs. Countries such as France and the United Kingdom have advocated for cooperatives, as a way to facilitate the survival of the entrepreneur in the context of an economic crisis.

2) A free and open membership

Some cooperatives that are built on voluntary entrepreneurs allow coworkers to have access to a coworking space, even if they are not officially members. On their end, the shareholders may decide at any time to leave the cooperative. This aspect of spontaneity within the management important in regards to the animation and life of the space. Because unlike some more traditional coworking spaces, we can in fact find some "spontaneous catalysts".

"We hold that the coworking space is the project coworkers, we have no code of life or charter, even the appropriation of space is very informal ... we are a cooperative of workers more than users” said Yves Otis, founder of Ecto. Ecto sets accountability partners, coworkers arguing that shareholders are not "dependent" on the workspace but rather on the owners. Indeed, each coworker owns 1 voice to participate in strategy and structure of the space among several committees. It was also found that the principle of democracy applied to the business in other areas such Collective Agency.

Nevertheless, important decisions concerning the activities of entrepreneurs are taken under by the cooperative as a whole. It is therefore important to measure the weight of the commitments made by the contractors involved. In addition, there have been some cases of conflict between the manager and the partners when it comes to making decisions.