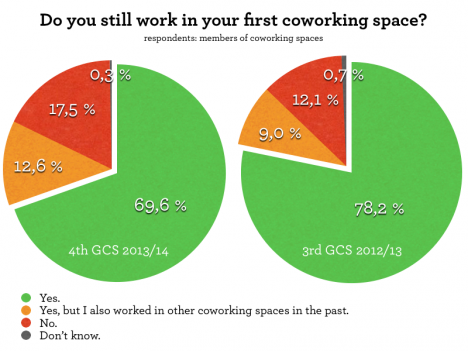 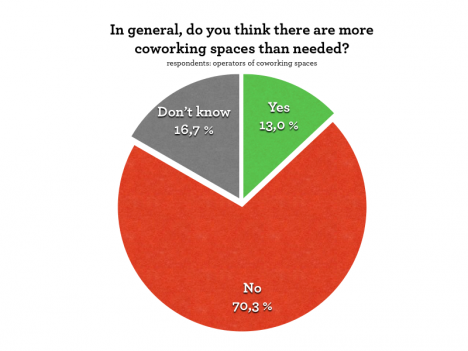 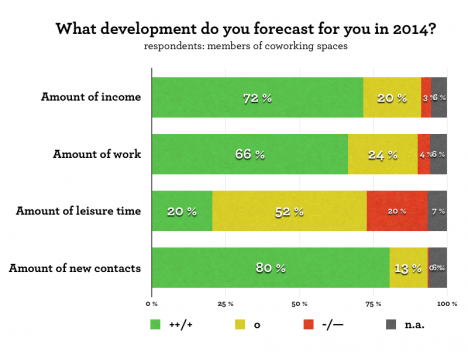 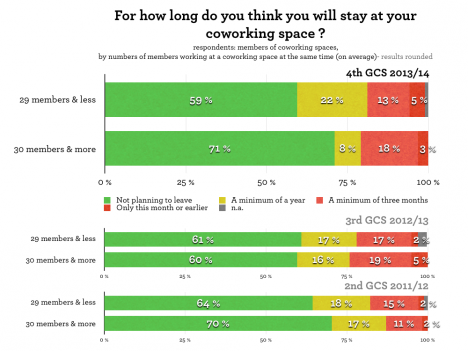 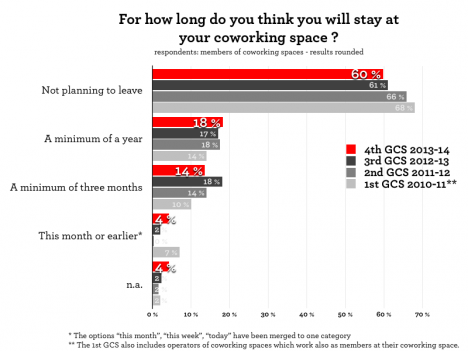 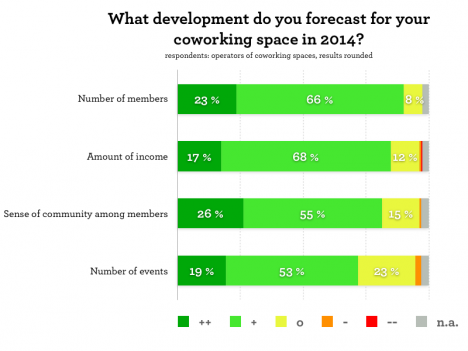 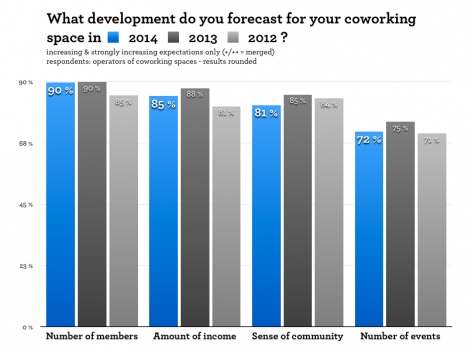 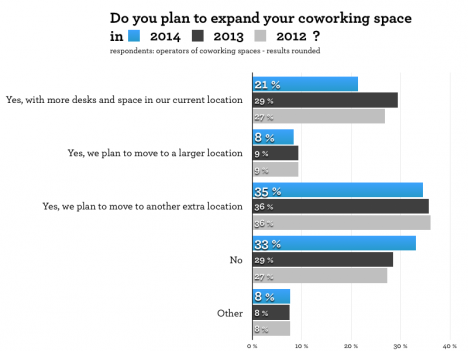 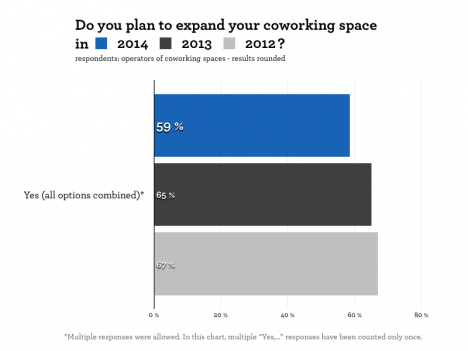 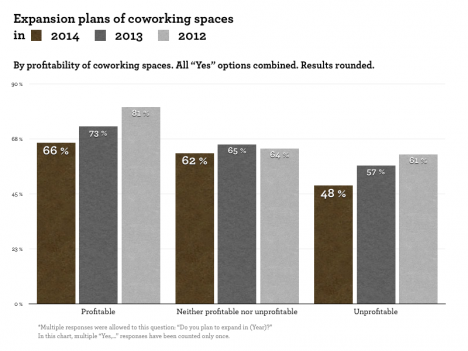 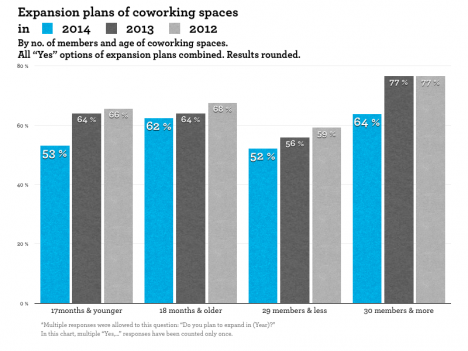 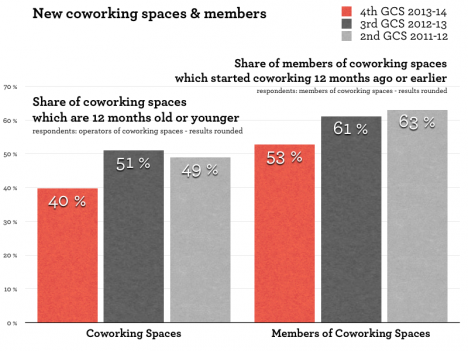 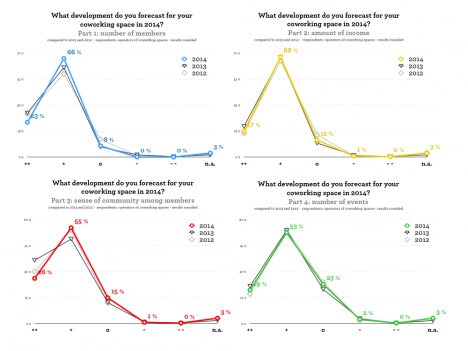 What if you could enjoy more leisure time while earning a higher wage? That’s the boon awaiting the one in ten people who start coworking this year. Everyone else will have to work more. But three fourths of coworking respondents reported a significant bonus at year’s end. Though the coworking boom has cooled off slightly since last year with many spaces curbing expansion, the outlook for 2014 is optimistic: sixty-percent of existing coworking offices are slated to acquire new space for their coworking members this year.
By CARSTEN FOERTSCH - Monday, 27 January 2014

The overall expansion plans for coworking spaces has stalled over the past three years. Does this slight downturn forecast the end of coworking’s golden age? Absolutely not!

If a coworking space doesn’t suit someone, they’ll leave it faster

Two years ago, only every second person first joining a badly rated coworking space chose to move on within a year. In 2014, that average rises dramatically, with every nine out of ten professionals opting to leave their workspaces within twelve months. The ever-widening selection of coworking spaces gives professionals greater mobility and choice. On the other hand, highly rated coworking spaces are managing to hold on to more than a third of their members from one year to the next. Unlike 2013, the residence time of professionals is also longer on average at coworking hubs with more members. The loyalty of members to one space is at its peak in the second and third year.

The popularity of coworking spaces remains unchanged, even if more and more people are switching between workspaces. Nine out of ten coworking spaces are expected to increase their number of memberships this year, with one quarter forecasting a significant increase. The same applies to revenue – by comparison to last year, strong profit outlooks showed minimal fluctuation.

Like last year, coworking spaces are taking clear steps to expand their offerings. 60% are planning extensions (in the previous year: 65%), but only one in five expect to expand upon existing locations (last year: 29%). New branches of existing spaces remained constant from last year, with every third coworking space planning to open additional locations. Approximately one in eleven are considering moving into larger workspaces.

In a similar trend, only every second professional had started to work at a coworking space for the first time in a span of less than one year (last year: 61%). At the same time, the number of people seeking coworking spaces continued to outstrip the number of workspaces on offer.

What can coworkers expect?

This time around, we also asked coworking professionals for their own perspectives on 2014. The vast majority expected to see an increase in their earnings (75%), while only 3% expected losses. Among the most optimistic were freelancers and entrepreneurs, while employees on average expected less growth. Most coworkers anticipated a corresponding spike in their workloads (66%) at the expense of leisure time (22%). Yet just about every tenth coworker took for granted that they would gain more leisure time alongside higher earnings this year. Cheers to that!

The survey was supported by:

Thanks to all coworking spaces which helped us to conduct this survey.