Picture: The Working Capital, Singapore. Click on the picture to view the results in charts. 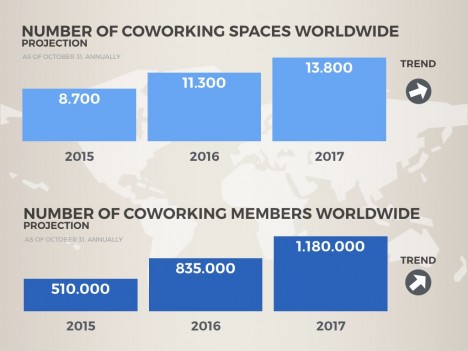 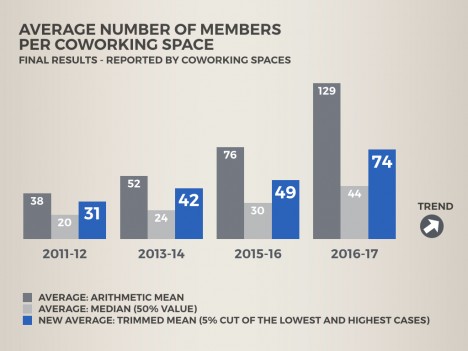 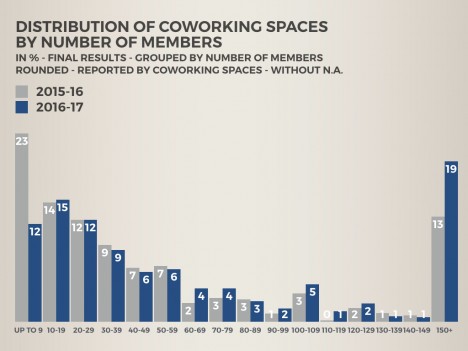 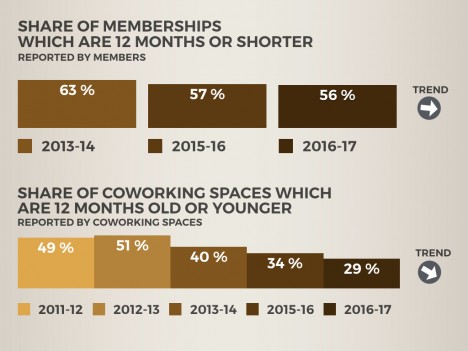 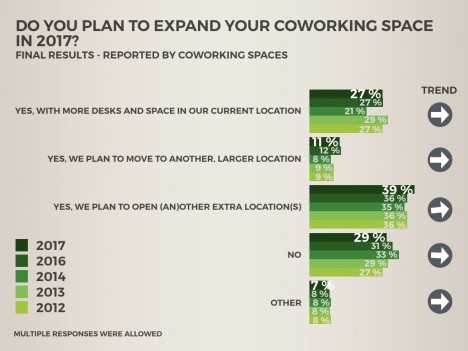 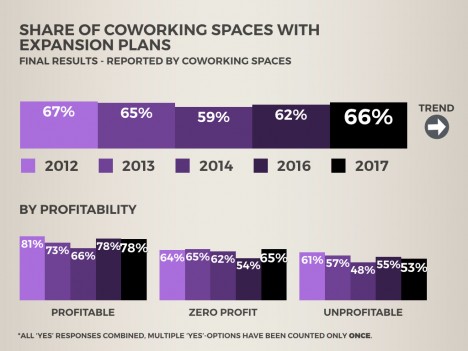 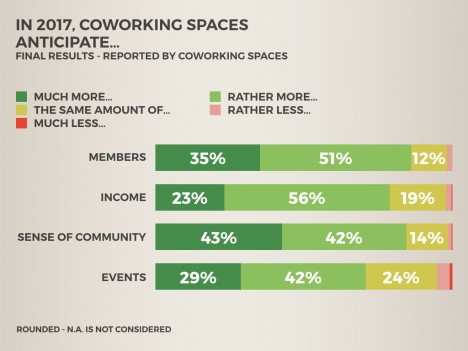 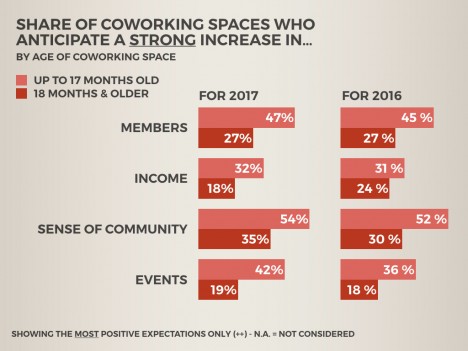 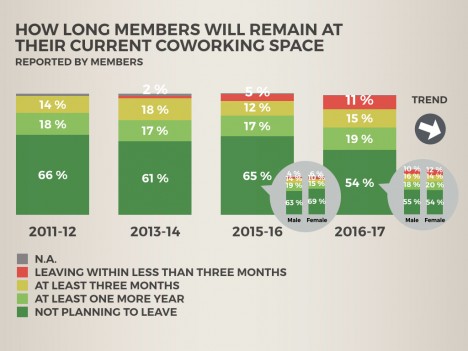 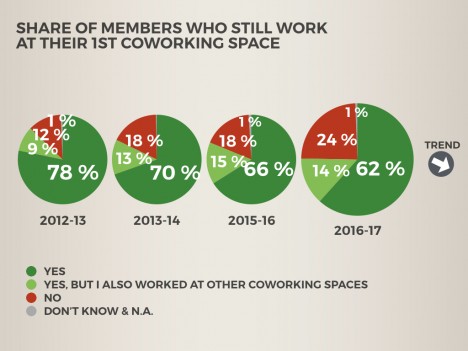 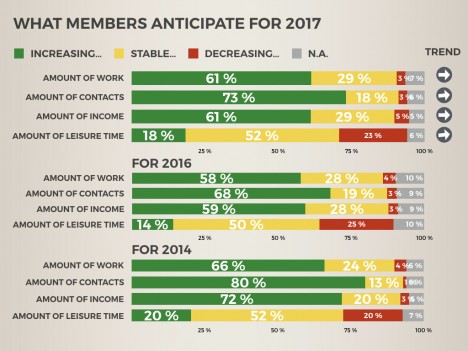 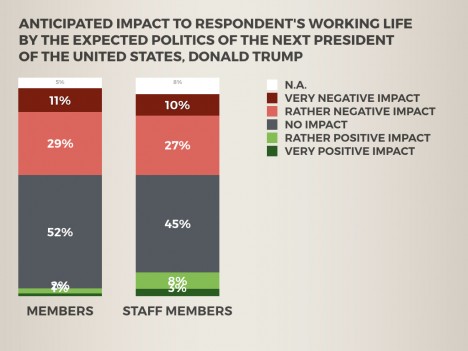 More coworking spaces, more members… These basic forecasts for 2017 are straightforward. The interesting findings of the Global Coworking Survey, compared with previous years, are once more shown in detail. Things are looking somewhat more restrained in the new year from the perspective of freelance and entrepreneur members. On the other hand, things are strongly looking up for members who are company employees. Coworking spaces are planning yet more expansion. As options multiply, though, members are also switching to new coworking spaces more often. And half of them care very little about Donald Trump being in the White House - for the other half, the dominant sentiment is dread.
By Carsten Foertsch - Wednesday, 25 January 2017

By the end of the new year, nearly 1.2 million people worldwide will have worked in a coworking space. This is driven principally by clear growth in coworking space membership numbers. Notably, the number of small spaces, with fewer than ten members, has declined dramatically (from 23% to 12%). At the same time, nearly one in five coworking space boasts 150 or more members; one year previously, this number was only 13%. Despite the extreme shift in numbers from small to large facilities, the membership share of coworking spaces in the middle has undergone little visible change.

According to operators, an average of 129 members currently work in a coworking space. But considering the lack of balance, as this average is only one characteristic, it does not constitute a solid foundation. Therefore, the Global Coworking Survey is introducing a new value in addition to the median (the 50% value) this year. With this new so-called trimmed mean, the average number of members rises to 74, from 49 in the previous year.

Read the new 2018 Coworking Forecast here. The independent survey and analysis of the 2017 Global Coworking Survey was performed in collaboration with Social Workplaces and supported by Nexudus & Essensys.

Even though more and more people are working in coworking spaces, if you look around, it is unlikely you’ll notice the increase. Many members work at different times. Around 40% use a coworking space at least every work day, and 30% show up three to four times a week. During an average week, members come a little less often than before. And over the course of an average day, one in five members work at very irregular hours. Overall, though, the average simultaneous occupancy rate of coworking spaces has remained stable, at just about 60%.

Coworking spaces anticipate more members (86%), higher income (81%), more events (71%), and a greater sense of community (84%) in 2017 — in all these areas, the numbers were almost exactly the same as in the previous year. There is little difference in outlook between larger and smaller spaces. The younger a coworking space is, the more likely it is to anticipate strong growth in all areas.

►►Next page: Problems in coworking spaces as members look to the new year, and what they expect from Trump