These are the words, which are used most often to describe "Coworking" 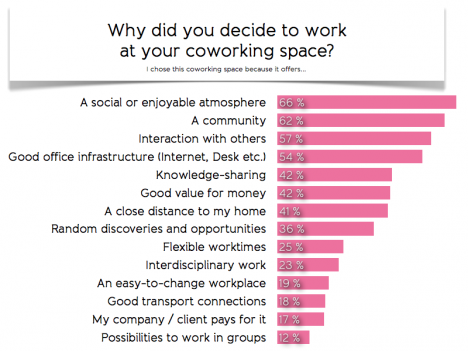 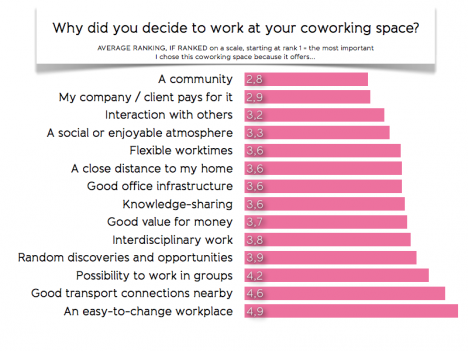 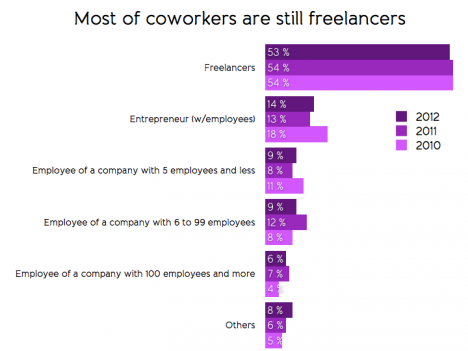 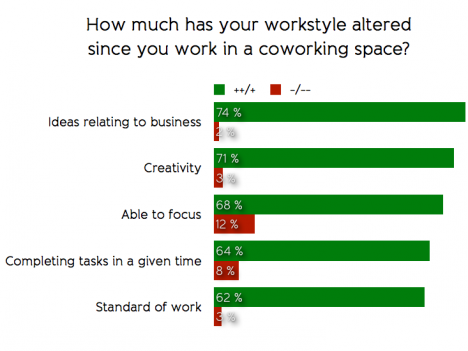 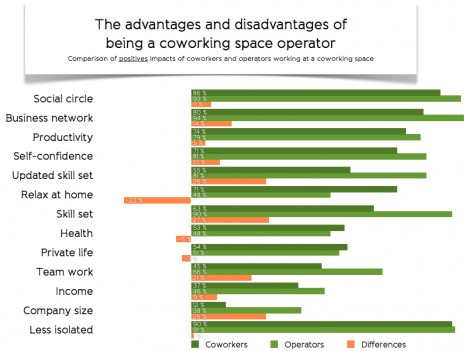 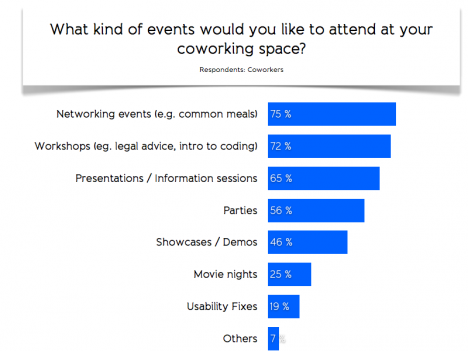 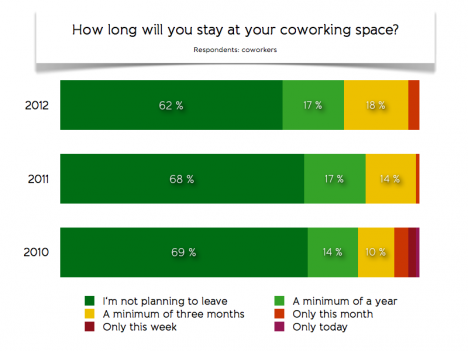 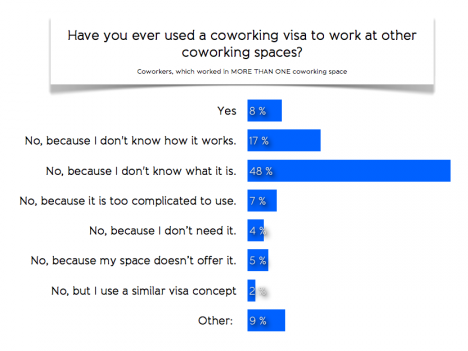 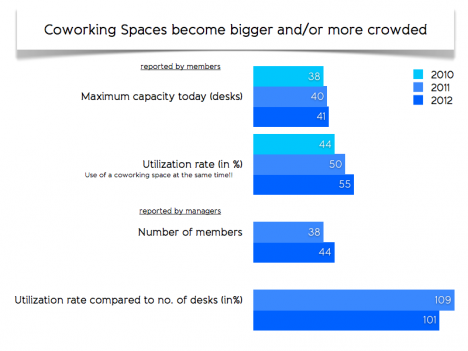 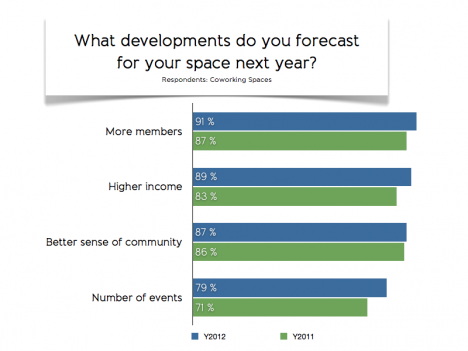 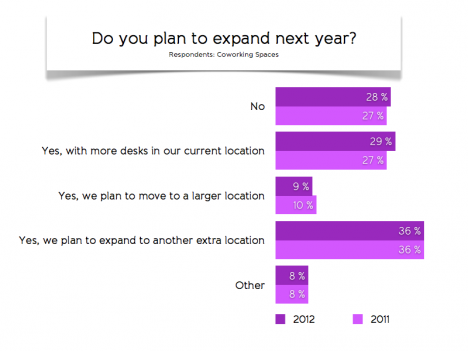 The first results of the Global Coworking Survey 2012 show continued growth: average member size has increased, and a third of all spaces plan to expand to a new location. At the same time, the core values of community, collaboration and productivity remain strong amongst the users of coworking spaces. Not only that, but coworkers chose one unexpected word to best describe their coworking space: fun!
By Carsten Foertsch - Thursday, 08 November 2012

For the third year running, Deskmag has conducted the biggest study of coworking worldwide through its Global Coworking Survey. A total of 2007 people took part in the survey, which was conducted online in October and November. We presented the preliminary results from the just-completed survey on November 8 at the opening of the Coworking Europe Conference in Paris.

In this year's survey - unlike in previous instances - participants were asked to choose words that best describe their coworking experience. Some of the top results were; fun, friendly, creative, inpsiring, productive, flexible, social and collaborative.

The benefits of coworking continue to be realized: 71% of respondents said their creativity had increased since joining, and 62% said their standard of work had improved. Countering the common claim that coworking spaces can be distracting, 68% said they were able to focus better, as compared to 12% who said the opposite. 64% said they could better complete tasks on time.

Who are the coworkers? 53% are freelancers, while the remainder are entrepreneurs, small company employees, big company employees, and 8% who describe themselves as none of the above (the proportion of "other" respondents has increased from 5% two years ago to 8%, while entrepreneuers has fallen from 18% to 14%). The proportion of female coworkers is growing, up from 32% in 2010 to 38% today.

The average number of desks and members is growing. The maximum capacity of most spaces is now 41 people, and the average membership size is 44. Desk utilization is up, from 49% to 55%, meaning spaces are being used by their members more frequently.

The majority of coworkers are so content with their workspace that they don't plan to leave. 62% said they have no plans to leave their locations, while less than 5% will stay just for one month, disproving the notion that coworking is for mobile workers only.

More coworking spaces now report to be part of a network or chain. 79% are independent, while 5% are in a franchise, 6% are part of an association, and 10% are in a network of spaces.

The vast majority of coworking space operators have a positive outlook for the coming year. 91% expect more members, 89% expect a higher income, and 79% plan to increase the number of events.

Expansion plans are running high. 29% of spaces plan to add extra desks, 9% want to upgrade to a bigger location, and 36% will open a new second location.

More detailed results and analysis of the survey results will be rolled out over the coming weeks and months on Deskmag. The full presentation of the first results can be downloaded here as PDF or as Prezi.

Thanks to all people who took part in the survey as respondent and supporter!