1.7 Million Members Will Work in Coworking Spaces by the End of 2018

@CAT, a coworking space in Penang. Click on the pic for more stats. 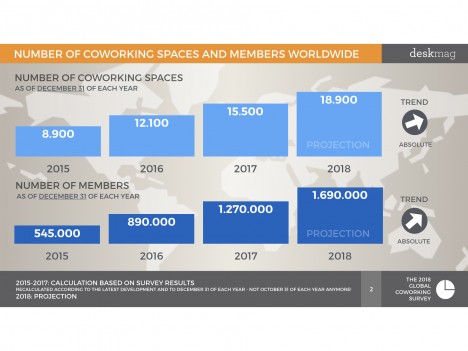 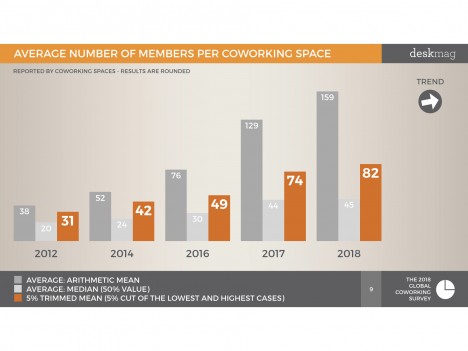 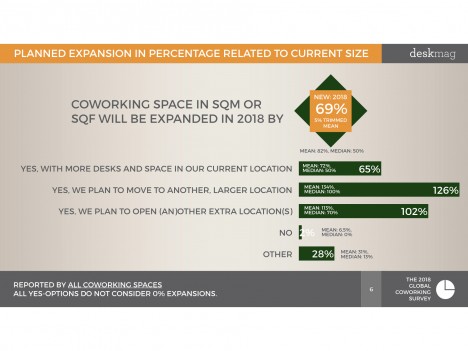 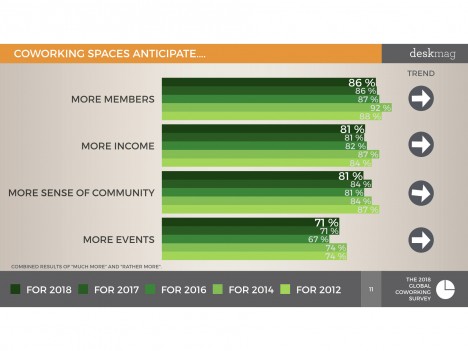 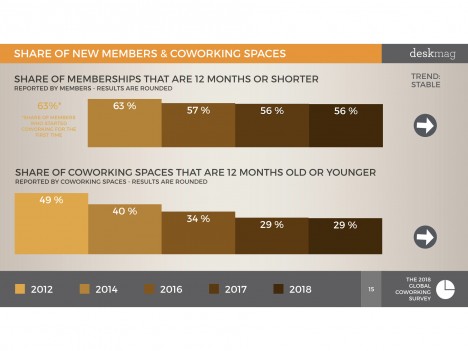 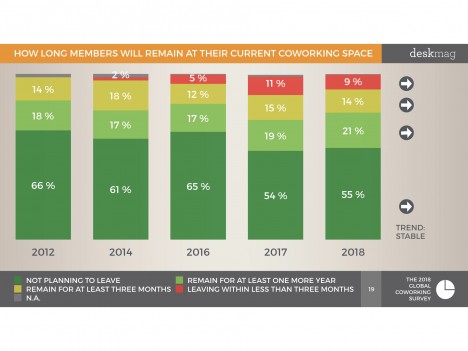 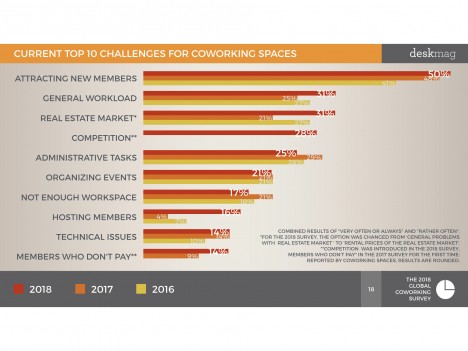 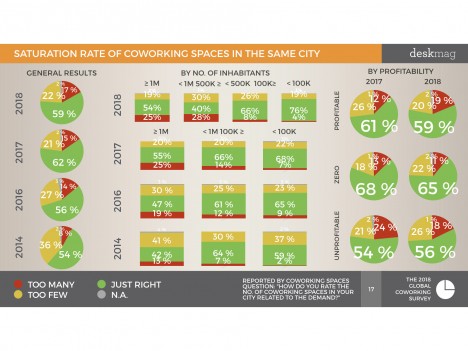 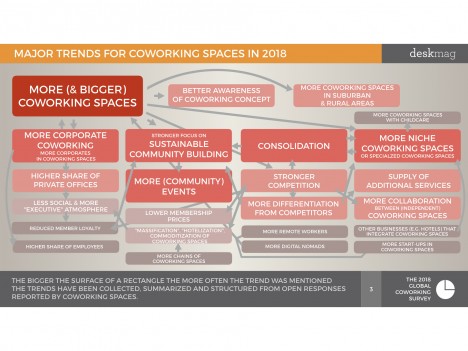 In 2018, Coworking Spaces are again expecting great things for their market. The average number of members is growing and operators are planning expansions with almost the same speed as in the previous years. There is currently no dip on the horizon. However, many operators expect a consolidation. Here is the first bundle of results of the latest Global Coworking Survey: The 2018 Coworking Forecast.
By Carsten Foertsch - Thursday, 22 February 2018

According to estimates, 1.7 million people will be working in around 19,000 coworking spaces around the world by the end of 2018. Contrary to the expectations from last year, the share of new coworking spaces didn’t decline. 29% of all coworking spaces were opened over the last year – almost the same ratio as in 2017. On the other hand, the number of members didn’t grow as fast as expected.

The independent analysis of the 2018 Global Coworking Survey was supported by Nexudus, Essensys & WUN Systems. Download the free report.

On average, a coworking space today is serving 82 members (+11%). If you take into account the extreme upwards and downwards outliers, then the average doubles*. Almost every fourth coworking space now has 150 or more members (23%).

A third of them is planning to open at least one additional location. Around a quarter wants to expand their existing coworking space, and roughly one out of twelve wants to move into bigger spaces. Profitable coworking spaces are planning expansions more often than unprofitable ones. However, even for the latter it is still around 50 percent. Their number only goes down when it comes to opening new locations.

The expansion plans are based on overall optimistic estimations that haven’t changed compared to the previous year. Four out of five coworking spaces expect member numbers to grow, and almost as many expect higher profits. Overall, more operators of coworking spaces are optimistic about the future.

The members play a role too. Three quarters of them aren’t planning on leaving their coworking space or will stay for at least one more year – slightly more than in the last survey, albeit fewer than in the years before that. In big cities, where members can choose between more coworking spaces, the values are again worse than in smaller cities. However, the degree of loyalty hasn’t decreased further. Members who have been working in a coworking space for a long time are more likely to stay loyal to the operators. Compared to the previous year, loyalty increased significantly in proportion to the length of the membership.

Still, according to every second operator, gaining new members remains the biggest challenge for coworking spaces. Another problem listed by operators is the general workload (31%). Rank three and four of the biggest problems are property prices (31%) and the (growing) competition between coworking spaces (28%).

This year, we asked the participants straight up which trends they see in the coworking industry for 2018. Using a simple word frequency analysis, the three most common words were “more” “coworking” “spaces”. While by itself this doesn’t give any context, a more detailed analysis confirms that this trend is by far the most common one.

Besides more spaces, we were able to identify five other big trends based on the open answers. (1) The operators expect more coworking spaces that are focused on niches and that will differ significantly from the competitors. (2) They are expecting more big corporations to use coworking spaces, as well as increased levels of cooperation with them. (3) However, the stronger competition will lead to a consolidation where more coworking spaces are driven out of business. (4) To avoid this fate, they will focus more on sustainable community building and (5) organize more (community) events. The significantly longer trend list is available for download together with all other results here.

*Unless stated otherwise, we express average values in 5% trimmed mean for unrestricted scales. This means that the lowest and highest 5% of all values are not taken into account. The result is that we can filter the extreme outliers from the average. However, all average values (mean, 5% trimmed mean and median) are contained in the graphics for the results.

▶︎ Background and more articles of the 2018 Global Coworking Survey

The 2018 Global Coworking Survey is officially supported by the following organizations: