Coworking and the future of cities 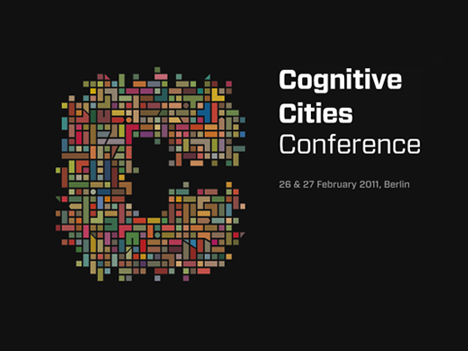 "If you put a lot of smart people with different skills in a room and shake them together, something new comes out." It sounds like a original concept for coworking, but it’s also the goal of Peter Bihr, organizer of the Cognitive Cities Conference, which will be held at the end of February in Berlin. The conference seeks to find an answer to the question – how are cities changing by new technologies? Coworking is also on the list of topics. Today Deskmag gives a first preview of what could be discussed.
By Carsten Foertsch - Friday, 11 February 2011

What kind of impact has the coworking movement on cities?

For Peter, the development of cities and coworking influence each other, mainly because the proportion of young people in cities is higher. Like most coworkers, young people are drawn to cities from the countryside and less vice versa: “And because more and more people do not work on a permanent basis, are very mobile and work in different cities, they are more likely to end up in larger cities.”

“At the same time, many coworkers work in the tech industry and are more often early adopters. They are people who know how to use new technologies, and are receptive to them. They are pioneers in many areas. And this is why they have more likely an impact on the urban development of the future as one of the first groups.”

As new forms of work emerge, more and more coworking spaces are also popping up in cities. There are just still a few compared to the traditional office market in order to reduce the vacancy rates of offices in many cities. At least, it’s hard to measure their impact at this time.

“But what has also become clear, coworking spaces have emerged to a great tool for real estate holdings to enhance the office environment for other tenants. The real estate companies may have offices that are a bit strange located or not quite in shape. By renting offices to coworking spaces they alter their lease policies to offer shorter notice periods, the spaces make the building habitable again, and ensure outside companies will also move in because coworking spaces create an attracting surrounding.”

One example is Betahaus in Berlin: “They are currently expanding floor by floor. It has become an appealing location which draw other companies into the building. They give a boost to real estates, so that even renting out smaller rooms to coworking spaces in their early stage can be attractive for both sides.”

In general, the Cognitive Cities conference discusses new interfaces and participation opportunities in cities. The first day will be lead by Ben Hammersley from Wired Magazine. Apart from keynote speeches, a lot of different projects and new tools will be introduced. The main issues include: How to design better interfaces in order to improve the interaction with the city? How to use intelligent data via mobile phones for transport planning? Or how to operate more effectively within one's house or office from the outside?

In addition there are some interesting art projects. And tours with the sponsor Smart electric cars, who will take conference participants exploring around the city on the second day. These events are spread throughout the city and are open to all. One of the venues is the Open Design City of Betahaus, where Deskmag will give a talk on the coworking community.