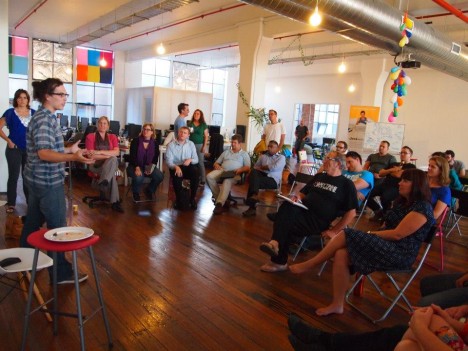 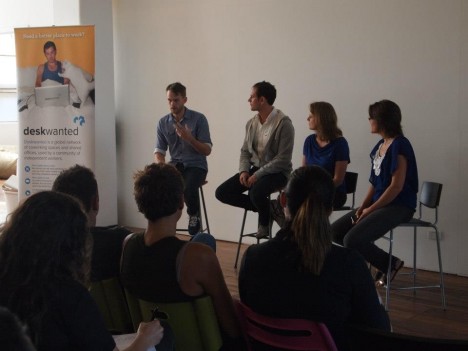 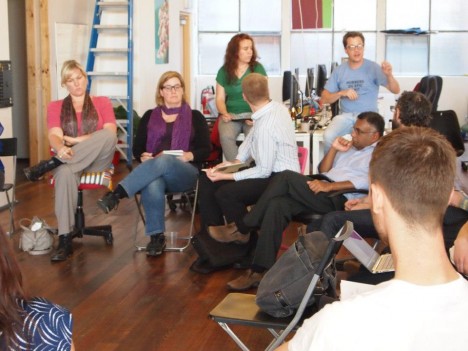 The Coworking Conference Australia was held in Melbourne last week, bringing together space operators from the country’s 62 coworking spaces together to discuss how coworking creates value. Once in the same room, the movement’s leaders committed to the togetherness and sustainable growth of this industry to initiate the formation of the world’s first Coworking Industry Association.
By Anna Cashman - Tuesday, 05 March 2013

Last weekend, the first Coworking Conference Australia took place in Melbourne at two of the city’s numerous coworking spaces, Hub Melbourne and Inspire9. The great expanse that is Australia has seen a surge of these types of workspaces over the past two years. The conference brought together these industry players who, dedicated to the sustainable growth of the movement, instigated talks into creating the world’s first national Coworking Industry Association.

With Deskwanted’s & Deskmags's Coworking Census putting the number of coworking spaces in Australia at 62, it is the country with the highest density of spaces per capita, though the vast majority have emerged within the past 2 years in relative isolation. The Coworking Conference Australia, organized by Hub Melbourne, Deskwanted, and Inspire9, served to connect the industry players to explore how coworking creates, and can potentially create, value across all sectors.

The need and desire to connect with one another was felt strongly across the board. On the second day during the unconference, a Trampoline session was dedicated to forming such a network, and, by the day’s end, a Coworking Australia Yammer platform, allowing space operators from around the country to connect and maintain a regional connection, was set up.

The conference came one day before the South Australian government’s announcement of a $1 million dollar package to create a Hub Adelaide, as a measure to address talent retention and promote innovation in the region.

A number of state and local governments were represented at the conference both as speakers and participants. One takeaway from the Coworking Conference Australia was the seriousness with which local and state actors are looking to coworking to revive and support their communities, the strength of which is seconded only by a handful of regional actors in France and the US.

This obvious need to connect with government and have a consulting body advising interested industry stakeholders was a catalyst for the initiation the world’s first Coworking Industry Association, which was one of the last Trampoline sessions during the Unconference.

Brad Krauskopf, co-founder of Hub Australia, led the discussion, during which no voices were left unheard. To the credit of each participant, careful consideration was paid to ensure all spaces – with different needs – would be accurately represented, including regional Australia; a reoccurring theme during the two days.

Clare Fountain, who operates a coworking space alongside her business Sorted4Life in Bendigo, was interested to see such an association form, but spoke on behalf of the entire group when she expressed prudence in its formation.

Seven volunteers are currently co-formulating a vision and a set of raw principles to apply to a future body, as well as investigating the cost and governance structures that would be in place.

Whether to position the association as a small business, or alternate industry, is still being discussed.

The formation of such an industry would allow members to leverage industry discounts, seek sponsorship, be a point of contact for the government for discussion on government grants, as well as addressing more practical measures, like standardizing occupancy terms.

Together, these benefits will encourage the growth in coworking space numbers, but also decrease the likelihood of space failures.

Brodie Mcculloch from Spaecubed in Perth felt this was an important step for existing spaces, too. ‘[Currently,] if [coworking spaces] fail we create the illusion that ‘coworking doesn’t work’, and a reason for external stakeholders to say ’why should we invest in that?’ An association will provide an info point for new spaces, and so will reducing their likelihood of failure.’

Having experienced coworking conferences in several regions, the level of interaction, interest, and variety of industries and sectors represented was a credit to the Australian movement. The richness of the Coworking Conference Australia can be ascribed first and foremost to participants, who embraced a free exchange of ideas and were eager to voice their opinions. The initiation to create an Australian Coworking Industry Association is an example of the buoyancy and positive intent of the movement in Australia and the world.