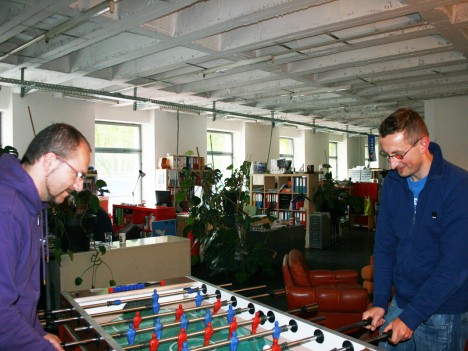 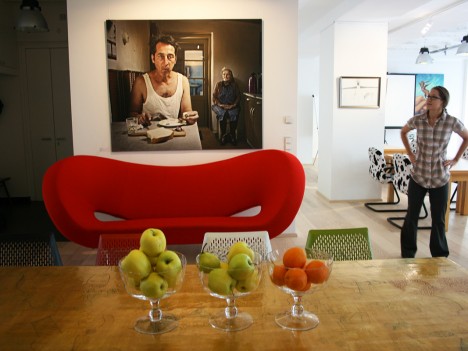 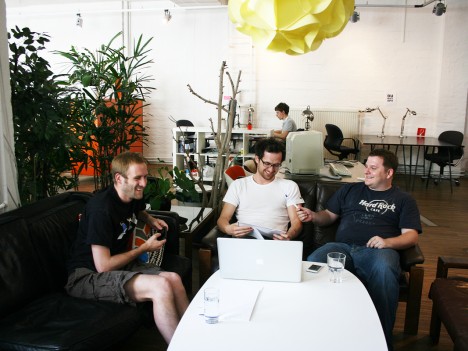 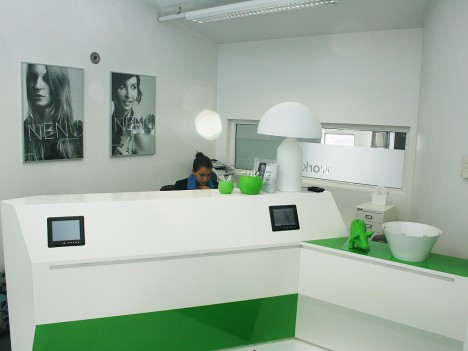 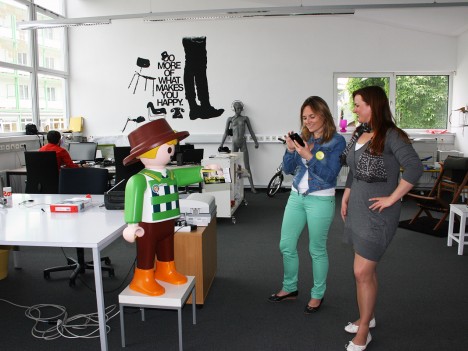 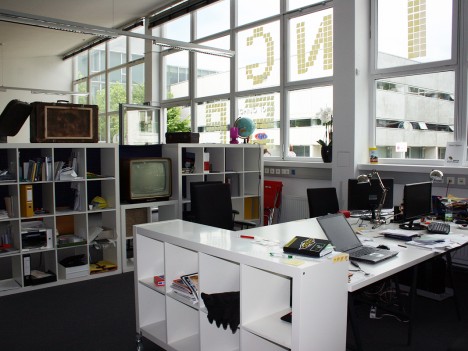 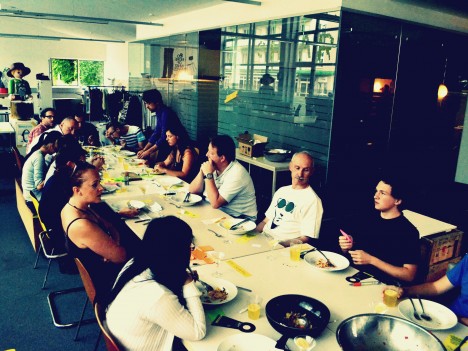 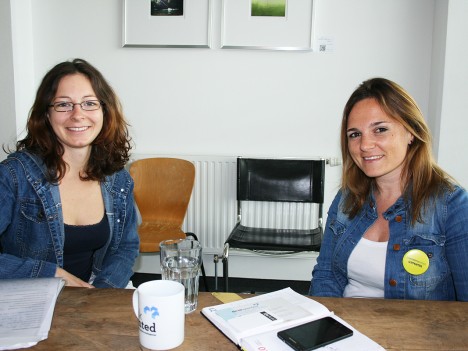 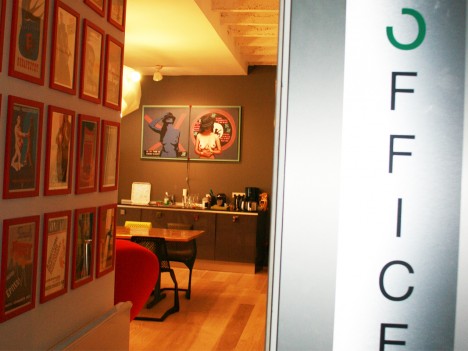 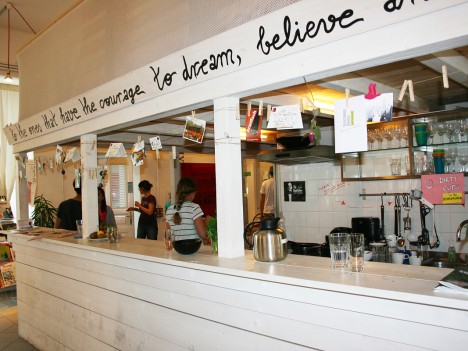 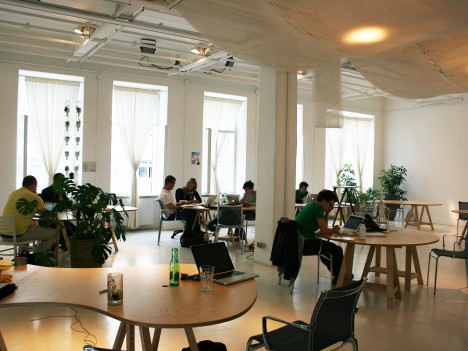 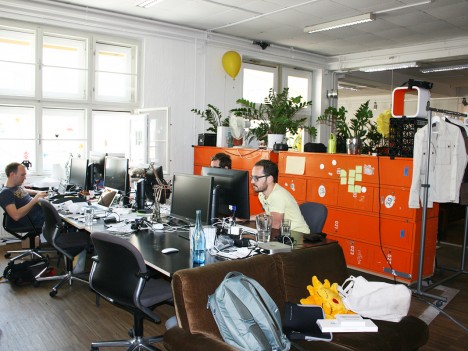 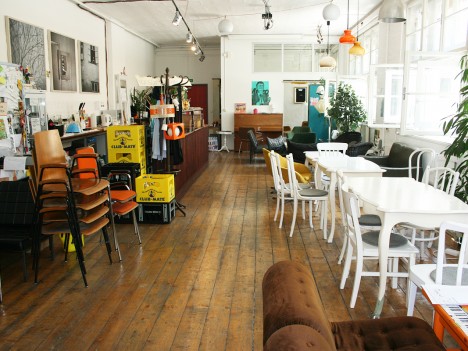 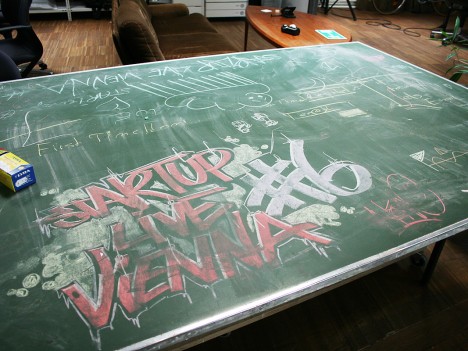 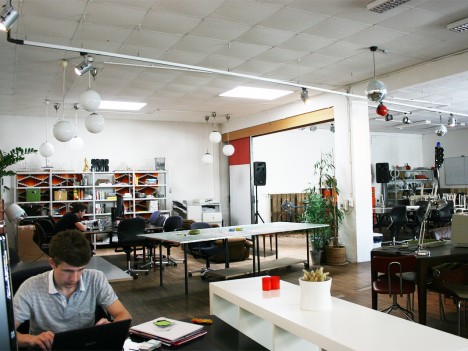 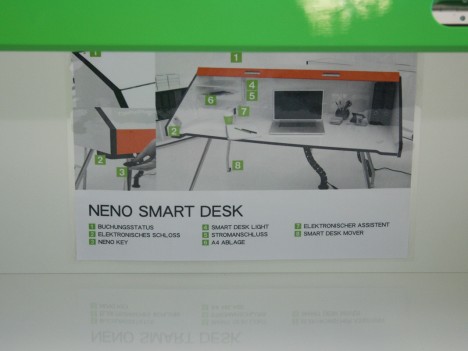 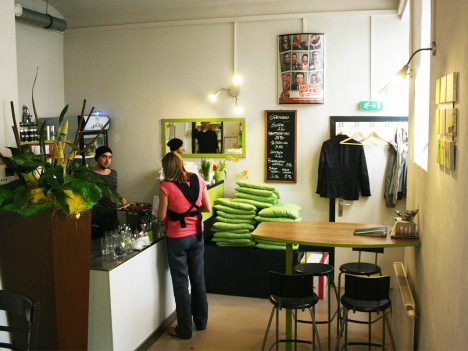 Move over coffee shops! The Viennese have found a better place to work, connect, and stay warm: Austria may be small, but just like the Netherlands, it has a high population density... and one the highest number of coworking spaces per capita in the world, many of them are located in the country’s capital. It started around ten years ago when the first flexible and community oriented shared workspaces started to pop up; a precursor to the coworking spaces that dot the city today. We attended the birthday bash of the "Mother of all Viennese Coworking Spaces" and a big handful of other coworking spaces in the majestic capital.
By Sabrina Schifrer - Tuesday, 31 July 2012

Vienna’s first coworking space recently celebrated its tenth birthday, despite that when it opened, the term didn’t exist. It took a little while for the concept to catch on, but for two years now the coworking movement has awakened in other parts of Vienna, and continues to grow rapidly.

The Schraubenfabrik - or Screw Factory - celebrated its 10th birthday last month, gathering many members of the Austrian coworking community in its rooms. It was clear that the space embraces its members and grows with them, when in the afternoon at least 50 children joined in Schraubenfabrik’s party.

The founders of Schraubenfabrik, Stefan Leitner-Sidl and Michael Pöll, have expanded, opening two additional spaces called Hutfabrik - the Hat Factory - and Rochuspark, five and eight years ago respectively. The spaces combined represent more than 100 places to work and many more members. Together they form the Konnex network.

Since opening the highly successful third space, Stefan and Michael rely on qualitative, rather than quantitative, growth, though they have not ruled out possibility for further plans. This coworking space has clearly helped proliferate the concept to the Viennese, and paved the way for other coworking spaces to follow in their steps.

But how can a coworking space grow “qualitatively”? The members of the Konnex network can use an additional range of local services, such as car sharing or “Gemüsekistl” (fresh-delivered vegetables), which adds value to their membership. There is no doubt as to the popularity of the three facilities, especially if judged by the number of members who joined in their birthday celebrations.

For a while the Konnex Spaces belonged to the few community oriented workspaces. Apart from them, there was only Yurp, which opened in 2007 in an ex-cinema, and the workspaces of Dreamingschatz and Smartspaces. By 2010 two more dedicated coworking spaces opened: in May, the Hub Vienna, and in September Sektor 5; two very different spaces with very different target groups.

Sektor 5 speaks mainly to the technology start-up scene, while the Hub Vienna offers an inspirational space for those who want to become social entrepreneurs. Since its foundation, the Hub has grown into a 230-member community. Sektor 5 also has growth plans, and both spaces are currently working on devising more opportunities for small startup teams.

Another coworking space to open last year was Loffice, operated by the two sisters who run an additional two spaces in Budapest: they are busy ladies, but for them, it’s a labor of love. As they do with the spaces in their hometown, they connect their space to the local art scene by hosting gallery openings, and show mainly work from Hungarian artists. They have also established their space as a haven for Eastern European entrepreneurs looking to establish themselves in Vienna. The desk chairs invoke images of Alpine fauna. With regular events and workshops on various topics, they bring together people beyond the art world.

Neno and Treibhaus both opened a few short months ago, this year. Treibhaus is a project by entrepreneurs Hannes Offenbacher and Nicole Arnitz, who set up their workspace in a trade association building in Vienna’s first district. Along with Bene - an office furniture company - and another enterprise dealing with clean technologies, the trio have set the groundwork for collaboration.

Neno would like to appeal to a wider audience. The luxuriously furnished rooms are located in a prestigious area of the city, and function as an investment opportunity: instead of investing in real estate, the founders have decided to invest in coworking spaces. There is no focus on networking. Instead, clients purchase access time, which is billed by the minute. This space is characterized by lockable desks - their own development.