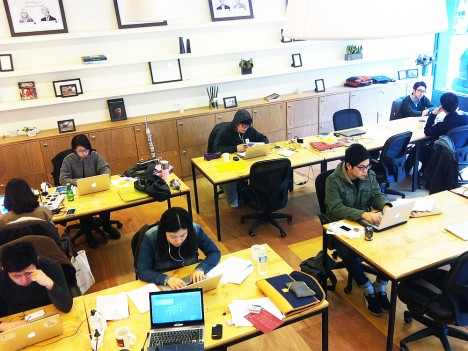 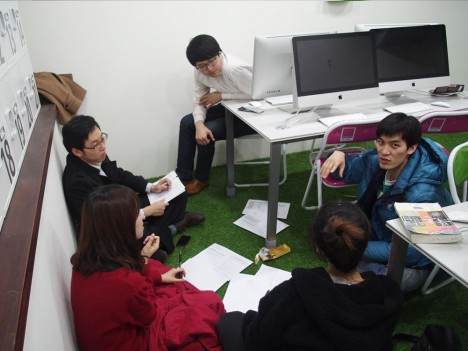 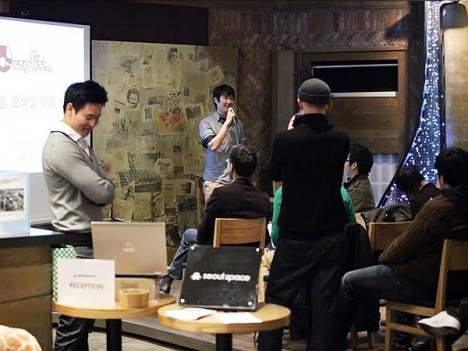 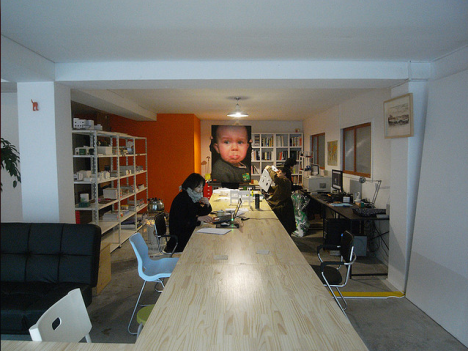 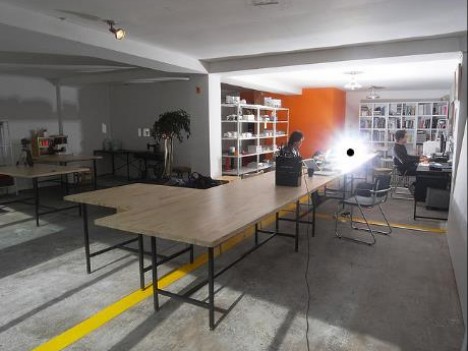 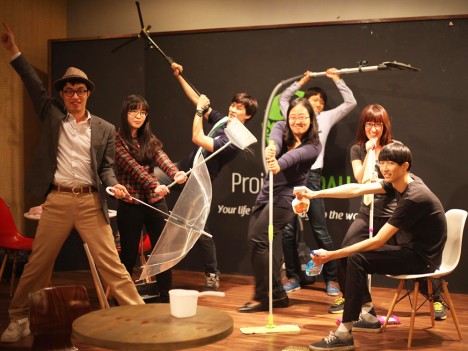 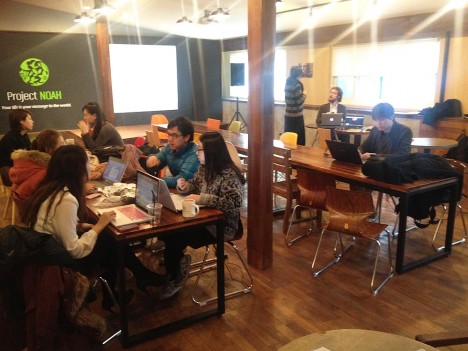 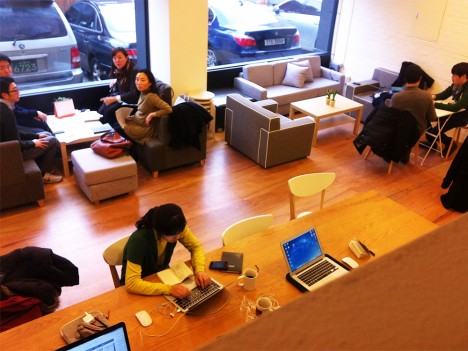 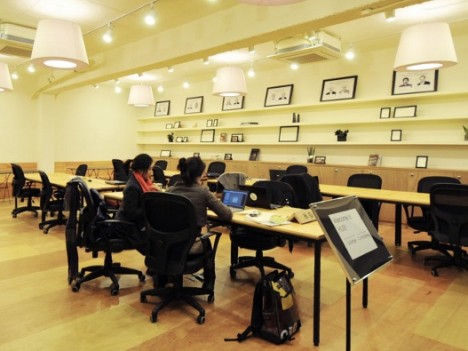 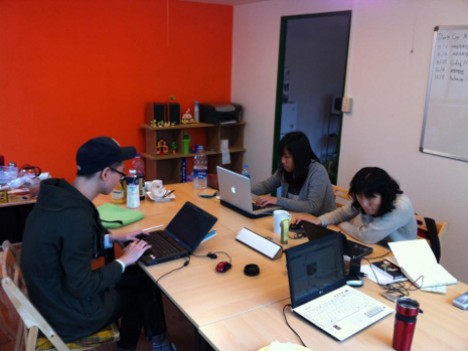 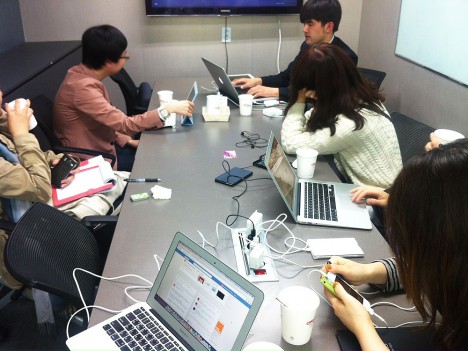 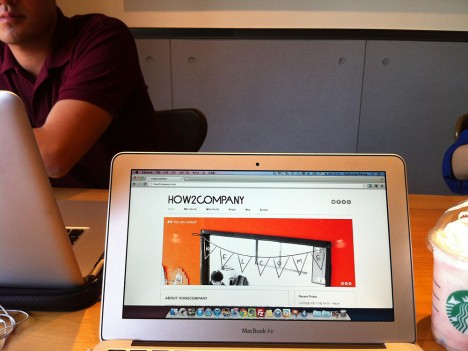 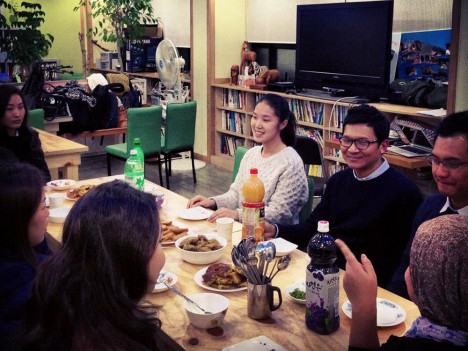 In a modernized city like Seoul, where traditional values are still the cornerstone of the society, the coworking movement that has seen a rising popularity in Asian economies like Singapore and Hong Kong, is taking a slower growth in the Korean capital. However, for eager hearts that want to make it work, looking for more and better possibilities to build a collaborative community is the key.
By Christina Ng - Thursday, 14 March 2013

Presently Seoul has five fully operating coworking spaces, namely How2Company, Seoul Space, a curated coworking space and incubator, East4 which mainly operates as an architecture company with open spaces, and the brand new spaces Hub Seoul & Space Noah which have just opened in the beginning of this year. Co-up, the very first coworking space in Seoul, closed end of 2011, less than two years after its launch in 2010. With the ups and downs that arise in a nascent coworking environment like Seoul, where a generally conservative mindset is trying to co-exist side by side with change and economic progress, will coworking in Korea see a phenomenal rise, just like Kpop (Korean pop) is making waves all over Asia and even the US?

According to Hwang Hyekyung, 32, founder of How2Company, a new space which opened just last year focusing on social innovation through coworking, the concept of coworking is still very new in Korea, but it has certainly stirred up an interest. He said: “When we got to know the HUB several years ago, we were so excited. It advocates wisdom of crowd and power of collaboration which we believe in. We were inspired to form How2Company in 2011.”

The space is presently located in Seoul’s Hongdae district, an area known for its indie spirit, urban streetarts and underground band musicians. “We think Hongdae area is suitable for coworking spaces. There is no one here, so we started here. We love Hongdae culture," Hwang added.

How2Company now consists of two small-sized rooms, with space available only for a team of three to five people, as the How2Company team has taken up the other room. The coworking space is now looking for funds or sponsorships to move to a bigger space in the same area. For Hwang, finding a suitable area in the metropolitan city of Seoul is vital for the development of the coworking space, especially when the values of independence and risk-taking that coworking advocates has not really gotten its dues in the city, mainly due to an age old mindset.

South Korea, one of the four Asian Tiger economies (the other three being Hong Kong, Taiwan and Singapore which were notable for rapid industrialization and maintaining exceptionally high growth rates of 7 percent excess a year between the early 1960s and 1990s), has been one of the most impressive, fastest growing economies since the 1960s. Even though it was hit very hard during the Asian financial crisis in 1997, the country experienced a phoenix like rebirth to achieve the world’s 15th highest nominal GDP after that.

Like its neighbour, Taiwan, much of this explosive growth is due to the industrial manufacturing sector. Korea is the leading shipbuilding producer, driven by conglomerates like Hyundai and Daewoo, which are better known for making automobiles. However, most would identify the names Samsung and LG with Korea, which are multinational conglomerate corporations that bring huge money to the country. Samsung, for example, is the world’s largest technology company by sales and the world’s second largest ship builder. It also accounts for an astounding 20 per cent of Korea’s total exports. The power of these large conglomerates is impressive but this also means that they suck up a big proportion of the Korean talent pool.

Similar to other Asian societies like Hong Kong and Singapore which generally value job stability and financial security that clash with the risk-taking spirit entrepreneurs need, a typical young Korean is forced to study extremely hard and aim for the prestige and stability of a large conglomerate to appease his or her parents.In the case of Hwang, he has also worked in LG Electronics before deciding to resign from his job there as an engineer to start his own company.  “Even though the freelancer market is a $100 billion - sized market in Korea, so many young people want to get stable work like civil servants," said Hwang about Korean culture.

Even so, it does not stop people from trying. Seoul Space, set in the heart of Seoul’s Gangnam district, is a leading start-up incubator that gives ambitious young startups a coworking space, and help with seed investment and mentorship. It also offers a startup office space that is open 24/7 with flexible pricing. Space Noah, which aims to be a base camp for social innovators, only just opened in February. Hub Seoul functions fully as a coworking space with 20 desks, meeting places, a café and a members’ lounge.

“Hub Seoul not only provides mere working spaces and office facilities but focuses on a community that cares about the values and vision of its members and its dynamics. In this regard, we try to come up with more creative events and content intended for a stronger engagement between the members and the space and embed these into the community", said Dongcheon Park, 31, cofounder of Hub Seoul .

According to Park, various motivating factors can be attributed for the sprouting up of coworking spaces in recent years. “It is said that in Korea, the number of coffee franchises like Starbucks are around 10,000 and many of them are located in Seoul. With these coffee shops everywhere, people, especially freelancers, college students and self-employed entrepreneurs use cafes as meeting or project places. New businesses to provide specialized meeting rooms where people hold English clubs or study together and government funded incubating centers to promote IT ventures also led to the rising interests in new types of working.”

With a new president and government for the next five years that strongly promotes a creative economy, Park also expects that new policies and initiatives will be enforced, where some of them will deal with the dynamics and interactions of people and space, helping people recognize the concept of coworking as a community space for creativity.

▶ Next page: the positive reinforcement by the Seoul Government