Portland, Oregon, a city of many independent individuals, home to several active coworking spaces and a great makers' space. 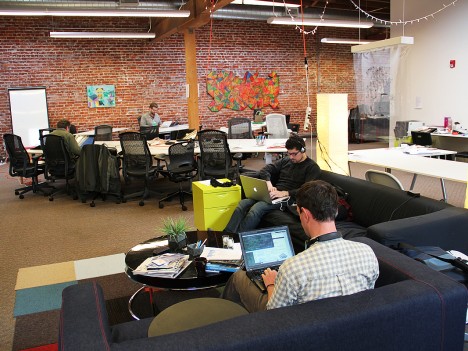 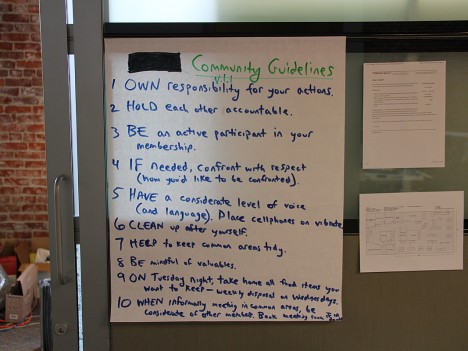 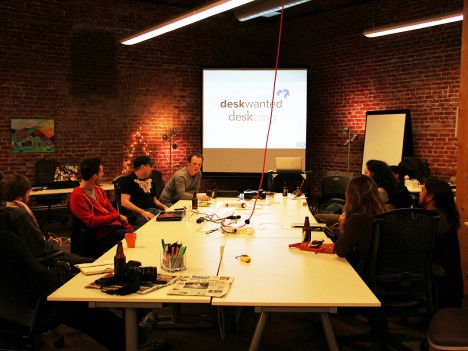 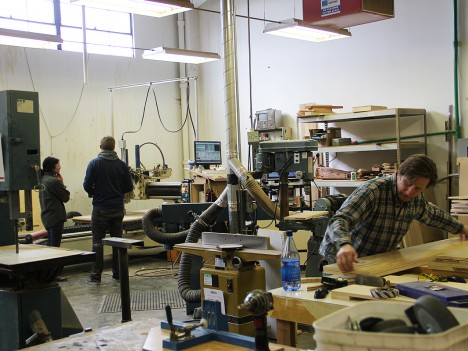 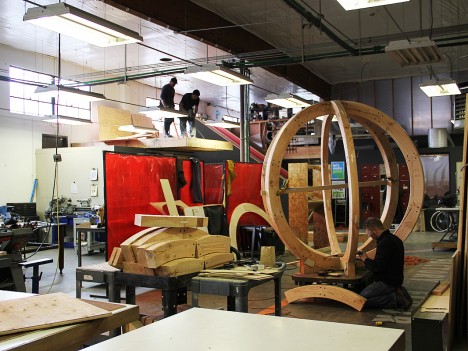 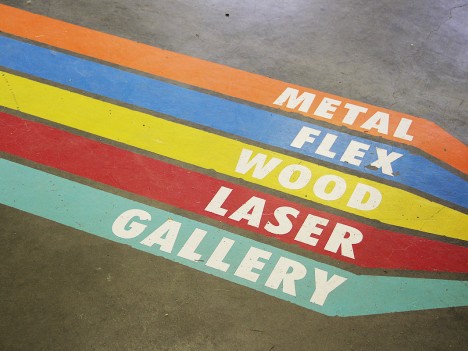 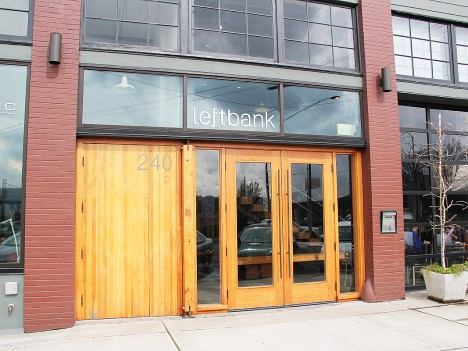 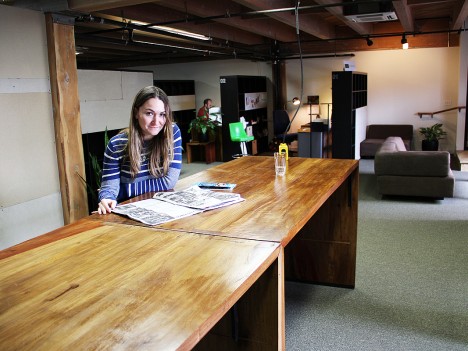 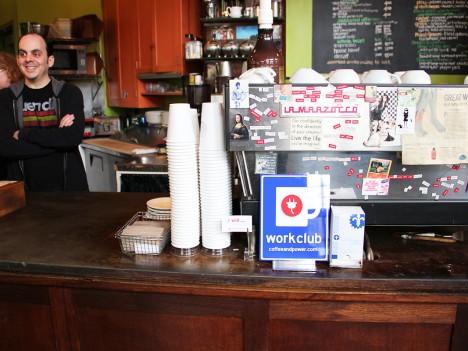 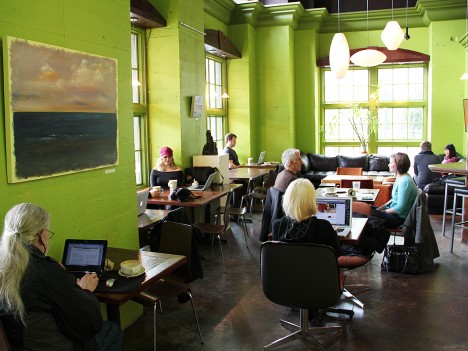 America’s famously independent city has a strong sense of community and lots of great public areas to gather and interact. Which might be why there are less official coworking spaces than might be expected. Portland has also experienced a few failed coworking experiments. But things are picking up – there are several great locations for collaborative work, and more Portlandians are looking for a stable environment to do their independent work. We visited five locations, including an amazing makers’ space for handworkers.
By Joel Dullroy - Wednesday, 09 May 2012

When coworking started spreading out from San Francisco, Portland was an early adopter. Perhaps too early. One of the city’s first spaces was CubeSpace, a huge purpose-built workspace with several staff – a slight over-investment for a concept that was still finding its optimal business model. CubeSpace closed in 2009, and some still mention it as an example of why coworking doesn’t work in Portland. But that was several years ago. Today more stable business models exist, more people are aware of coworking, and Portland is ready to embrace the concept.

With a large high-ceiling work room, comfy couches, friendly residents and lots of meeting rooms, Collective Agency has both great facilities and a healthy internal community. It is located in the second floor of a restored building on NW Sixth Street in the Chinatown Old Town quarter. Ring the buzzer and head up to the space, where you’ll be greeted by the temporary space manager Alex Linsker. Temporary, because Collective Agency operates on a very unique model: the manager has a fixed one-year term, after which he must replace himself.

Until late last year, Collective Agency was called Souk, and was a private for-profit business. Souk’s owner wanted a change, however, and left the space in the hands of the members, who formed an unincorporated association to take over. They agreed to a “constitution” and selected a manager, Alex, who happened to also be one of the original founders of New Work City in New York.

Collective Agency offers its meeting rooms for external use, which helps subsidize the rent. Local artists hang work on the walls, and there are regular meetings in the main room. Members often walk together to the food trucks nearby for lunch.

For those who like a little more privacy while staying independent and connected, Hive offers a different environment. Each user gets a desk separated by bookshelves and dividers. There are central workbenches and a kitchen for common use.

Hive is found on one floor of Leftbank, a large arts and events venue close to the Convention Center on the eastern side of the river. A great café services the whole complex, which is beautifully designed.

There are two Ned Space locations in the Downtown and Old Town area. The Old Town location is smaller and used by permanent members, while the Downtown space is for both small companies and flexible users.

Downtown Ned Space is in the ground floor and basement of an old building on Third Street. Around the edges of the facility are small offices which look down onto a main work area in the basement below. The small offices are favoured by start-ups and companies seeking a little bit more privacy. Some companies start as single users, then slowly take over more desks as they grow.

The prices are quite low, especially for the offices, which keeps Ned Space mostly occupied. The flexible work area was a little empty when we visited. The curious name was selected by the founder because of a random website URL he happened to own when he started Ned Space.

If you want to build or create anything, ADX is the place to do it. This large makers’ space has every tool imaginable, from a CNC router to welders to sewing machines. There’s dozens of fascinating projects in various stages of creation, including several small boats. For those who use laptops instead of saws, there is a small design room overlooking the workshop.

ADX started mid 2011, with the aim of attracting about two hundred members in its first year. But they underestimated the demand for shared workshop space – about 500 people have already signed up.

Members pay a basic fee each month, which gives them access to the space, discounted machine rental rates, and opportunity to attend classes. Some members can volunteer their time to get reduced rates. Advanced members are hired to undertake project work offered to ADX by external companies.

The space has a great gender balance, with many women on the management team and on the shop floor. ADX is a fantastic example of a makers’ space that creates an internal community. Every city should have a location such as this.

Many of Portland’s freelancer types choose to do their laptop work in the countless cafes, most of which offer incomparably good food and coffee.

Urban Grind is particularly popular with the laptop set. It’s a place to meet other freelancers and enjoy large windows with good natural light.

Backspace is another good wifi location. It’s a huge art space, event room and café in Chinatown that also hosts live music at nights. Backspace also offers several fixed computers for rent – a remainder from its days as an internet café with dozens of terminals.

To find and book coworking spaces in Portland, visit Deskwanted.