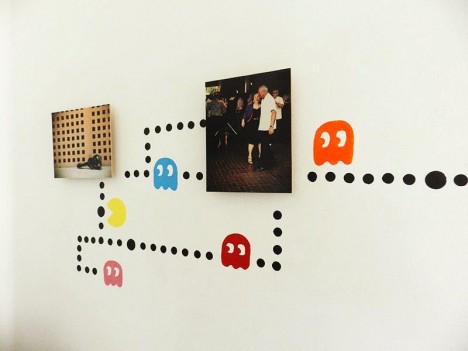 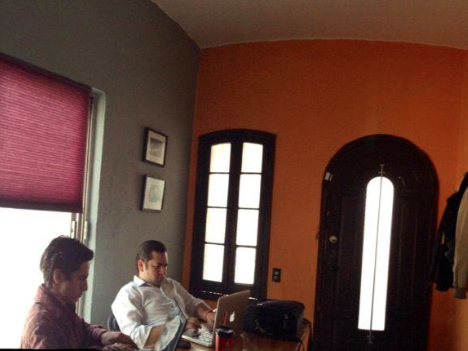 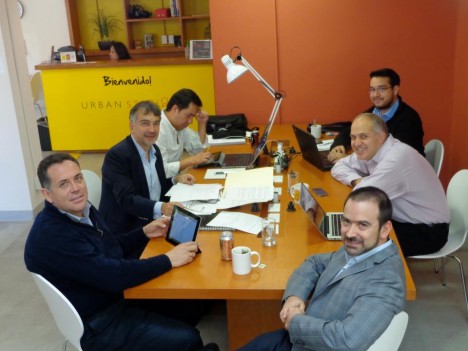 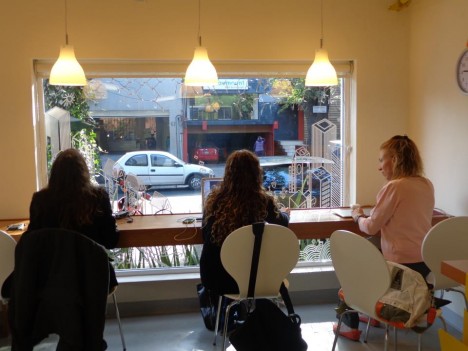 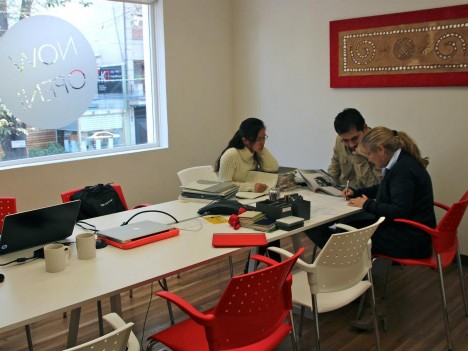 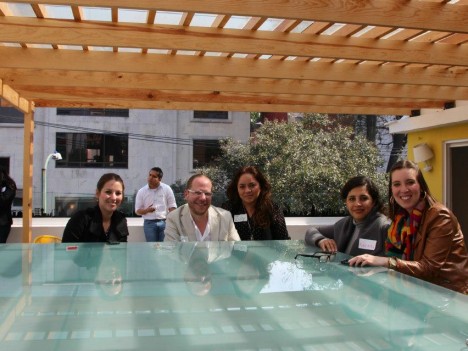 Mexico is far more than tacos and Frida Kahlo, and certainly goes beyond its reputation for being a drug-ridden nation with amazing beaches. Mexico is known for being the second largest trading partner of the US, after Canada. The 13th largest nation in the world with 113 million people, with 50% of the population under the age of 29. Needless to say, their startup scene is growing, and since Deskmag covered coworking in Mexico two years ago, we have seen some changes that show a bright future for the coworking scene.
By Nadja Sayej - Friday, 17 May 2013

The coworking scene is growing in the bustling capital of Mexico City and Monterrey, a northeast city with a strong industrial and innovation center. There are coworking spaces opening in cities such as Hermosillo, Guadalajara and Torreón, like Coworking Laguna and Coworking Hermosillo. There are key spaces in the cities of Monterrey and Mexico City, as well.

Since Deskmag first covered Mexico's coworking movement in 2011, a lot has changed. The first coworking space in Monterrey, ColectivoLabs, closed soon after. It was replaced by Coworking Monterrey, a space which celebrated its one year anniversary last month. We caught up with several spaces to find out what is new in Mexican coworking.

Over in the city capital, a slightly different vibe is home to the coworking spaces in Mexico City. The coworking movement is growing in the neighbourhoods of Polanco, which is more corporate, as well as the hoods of La Condensa and La Roma, which are more arty and bohemian.

Of the six coworking spaces sprawled across the city, Urban Station Polanco is run by Claudio Fernandez, an entrepreneur who opened the space with three friends last October. Defined as a “network for mobile workers,” there is also a coffee shop, world-class office, fixed desks, meeting rooms, as well as rooms for creativity, entrepreneurs and training. No membership is required, and you can work a minimum of one hour to check it out.

Urban Station Polanco belongs to a franchise network of coworking spaces in other countries like Argentina, Chile, Colombia and Turkey. “Corporate working in Mexico is also changing in our country and we see the opening of corporations to understand the benefits of coworking to their employees,” said Fernandez. “Today, it is not only for freelancers.”

El 3er espacio is one of the more well-known, membership-based coworking spaces, which just celebrated their two-year anniversary. Seated in the trendy La Condesa business neighbourhood, el 3er espacio is home to floating freelancers and brainy entrepreneurs, not to mention a rotating roster of classes, conferences and monthly networking events.

“More people seem to be familiar with the concept of coworking now,” said David, a co-founder of El 3er espacio. “We’ve had several success stories,” of users whose companies have grown and gotten enough exposure so that investors have found them, and they have been able to move into another phase of their business. I would definitely say that the coworking scene in Mexico is interacting with other spheres of business.”

While there are clear benefits, some things could still be changed about coworking in Mexico. According to David, some offices rent out their meeting rooms or extra office space “and call it coworking,” he said. “But they’re not really formally coworking spaces, with the activities and the culture of a coworking space.” It all boils down to community.

Though the space is only open on weekdays, you can drop by and cowork for free for a day. Just give them an hour's notice.

As for the future of coworking in Mexico City, stay tuned. The Hub is planning another space of its network in Mexico's capital, as planned since 2011, but nothing as of yet. Ami Estudio plans to open a space this year, and we’re sure more will keep popping up.

With a manifesto that boasts “collaboration over competition” and “friendship over formality,” Coworking Monterrey opened in April 2012, and is currently the only coworking space in the city. Set in an area that has an international rep as a commercial center, Monterrey is Mexico's second richest city (after Guadalajara) with a population of a million.

Highly developed, it is home to Mercedes-Benz Mexico, BMW de Mexico and Heineken, as well as Sony, Toshiba, Ericcson and Nokia. The design community is growing, with architecture and branding studios popping up like Anagrama, SAVVY Studio, Face and Covachita Taller de Arquitectura, an architecture firm which designs dream home villas. The coworking network is growing with regular Hackers&Founders and Hackathons around the city.

Iván Guerrero from Coworking Monterrey said the space offers talks, classes and Barcamp events, stuff for developers and designers. The next Barcamp is on May 18. “We believe in sharing with the community, inside and outside of our coworking space,” said Guerrero. Yet, coworking remains a challenge.

“I wish it could have more acceptance, it is still hard for freelancers to come closer to these spots, they are so used to working at restaurants or at home,” he continued, “also to promote the part of being your own boss. It is difficult for freelancers to work in Mexico because people don't trust in home-based freelancers; they want you to be working eight hours in front of a desk.”

That still doesn’t stop the scene from growing from the bottom up. One designer, Miguel de la Garza, who was interviewed in the new design, which Deskmag recently featured, said “here the hacking and startup groups and events are growing with two to four events per month (that's something for a small community) and some co-working spaces open for rent for days or weeks, virtual offices and shared spaces.”

Monterrey and Mexico City have yet to develop synergy. Fernandez from Urban Station notes this type of thing is needed. “Our clients ask every day when we will open more stations in other cities,” he said, noting that having a roving, connected network “is a must for the next way of service for our coworking community.”