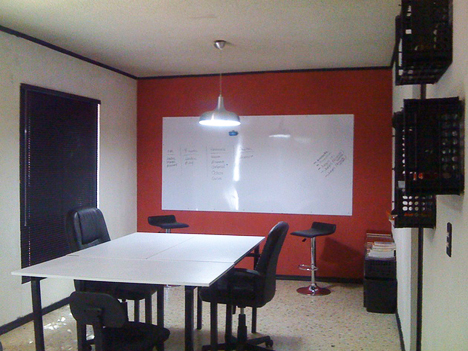 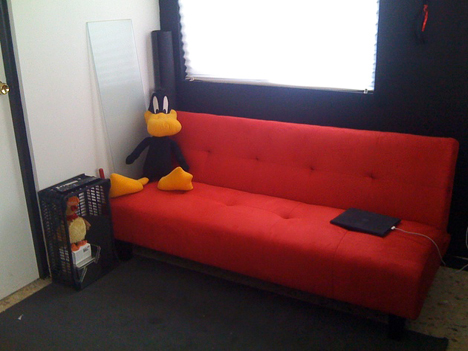 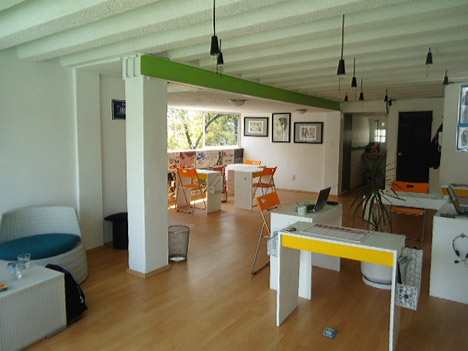 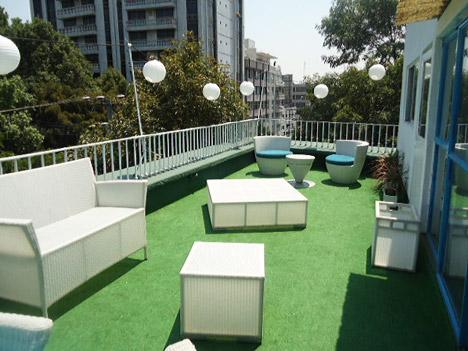 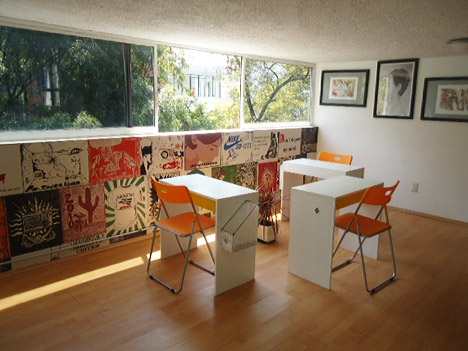 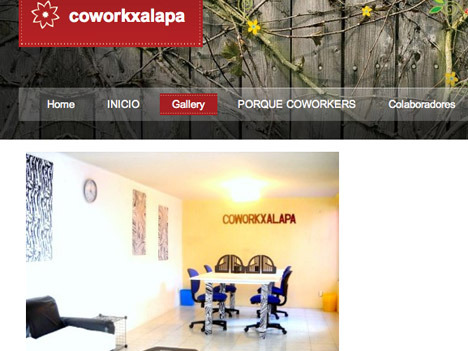 Mexico has a population one-third the size of the United States. According to this ratio, it should have at least 100 coworking spaces. So far there are only five. Why is coworking not as developed south of the border? Luis Alcarez and Leslie Naziby are founders of ColectivoLabs in Monterrey, the first coworking space in Mexico, which opened one year ago. They see at least three major differences between coworking in the U.S. and Mexico.
By Carsten Foertsch - Tuesday, 19 April 2011

Firstly, most Mexican companies prefer to see their workers directly in front of their eyes. “Eighty to ninety percent of all workers do their jobs in the offices of the contracting employer. Those who work elsewhere, work outside of their desired scope,” Luis said.

But at the same time, workers aren’t permanently employed. Mexico has a system of professionalized agency workers who work for a company for short-term projects, rather than outsourcing them to freelancers. A ten-hour working day is the norm for these contracted workers.

Secondly, bureaucracy is a substantial difficulty. Freelancers must register themselves as businesses with the tax authority, a more burdensome process than in other countries. Many Mexicans prefer not to register with the tax authority, due to concerns about incurring large penalties in the event that their paperwork is not correct. As a result, most individuals who might otherwise be freelancers are not able to operate as such.

“If you cannot write an invoice, you cannot work. This is also why companies don’t hire freelancers - they can get in trouble with the government,” Luis said. A more simple bureaucratic process for freelancers would allow more individuals to work for themselves, he said.

Thirdly, Mexico’s coworking founders must also try to change the embedded concept of work as they build their movement. “Most people think that (coworking) is a crazy idea. They don’t know the coworking concept, and the freelance way of work has not really spread,” he said. “But we did it because we believe in the freelance way of working and living… You don’t need to be at the office to work. You can use mobile technology to work in other places. We are trying to change people’s minds in Mexico.”

Interestingly, Mexico’s first coworking space opened in the city of Monterrey, rather than in the capital Mexico City. Monterrey is the third-largest city, and one of the main commercial centers.

For the founders of Colectivo Labs, founding the space was an expensive experiment. They suspect the financial risk might not have been possible in Mexico City, with its lower incomes. Monterrey is not just richer but also closer to the border, and ideas that trickle down from the U.S. (such as coworking) are usually activated there before they hit Mexico City, the founders said. And the people in Monterrey are already more familiar with this concept.

However, with El 3er espacio opened a new coworking space in Mexico City just a few weeks ago. And The Hub is planning another space of its network in Mexico's capital.

Now there are five coworking spaces spread across the country, with more in the planning phase.