Germany’s 72 coworking spaces have developed between them an highly active community which regularly interacts and cooperates such as a meeting in Lüneburg with spaces from Hamburg, Cologne or Lübeck. (Image: Freiraum Lüneburg) 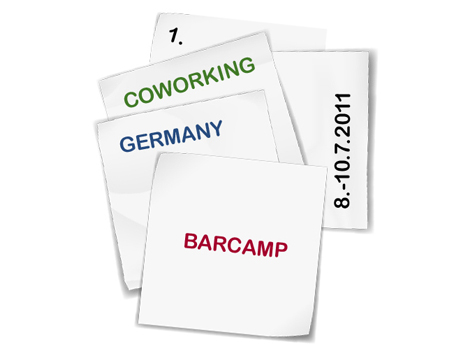 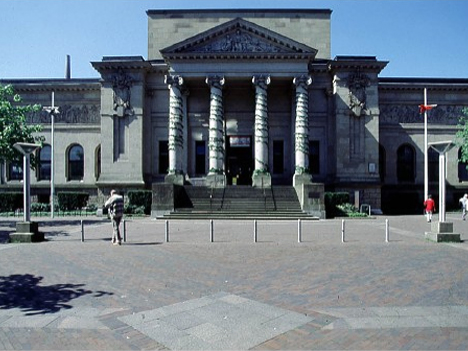 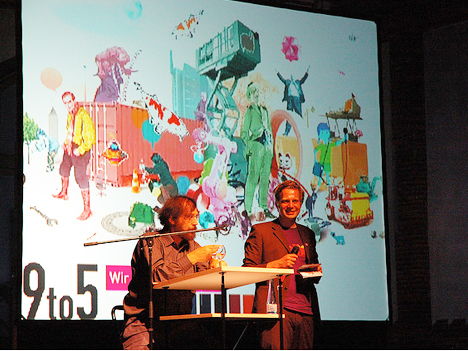 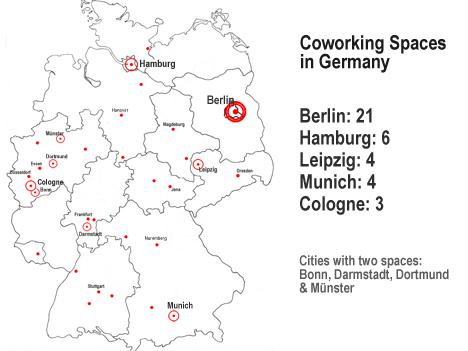 Germany’s 72 coworking spaces have developed between them an highly active community which regularly interacts and cooperates. In September they will come together for the German Coworking Week, coordinating a whole calendar of events. And in July, the Coworking Barcamp takes place, with themes that are open to outside participants. Here’s a brief history about the coworking movement of Germany, its current prospects, and an insight into why it’s slightly different compared to other countries.
By Carsten Foertsch - Sunday, 19 June 2011

It wouldn’t be quite true to say that the history of coworking in Germany begins in the late 1920s. However, with a little creative license, we can trace some of its roots back to that era. During that time, Franz Biberkopf (30), a former thug, was released from jail. After years of monotony and following orders, he was enjoying his new freedom. He wandered around Berlin in search for a decent job and a life as an honest man, which offered him more than just bread and butter. Biberkopf – a fictional character from the novel “Berlin Alexanderplatz” - visited a beer and soup kitchen called Aschinger, which decades later would reopen under the name of St. Oberholz.

While St. Oberholz is a whole different establishment today, it retains some similarities to the soup kitchen it once was. The people there today, like Franz, are in their late twenties or early thirties, and are also in search of a way out of a prison of a different kind - the prison of monotony offered by white collar work, or a precarious existence.

St. Oberholz opened in 2005 as one of the first cafes in Berlin to offer free internet access and allowed people to work on their laptop, without considering them to be annoyances. The café and its visitors ended up in another book, called “We Call It Work”, which appeared a year later, describing the new form of work created by the internet.

Many of these so-called “digital bohemians” found – unlike Franz – a way to work for themselves and to earn enough money to live on without betraying their principles. Their office was an internet server, their colleagues were a network, and their currency was mutual respect. No boss were standing over them. But this way of work life was yet to be called “coworking” in Germany.

The term “digital bohemians” was quickly taken up by the German media, and the book marked a turning point. It described a common identity that participants of this movement shared in all over Germany. The first coworking space in Berlin seemed to reference the book title in its name – The Business Class Net, which was meant both ironically and seriously. Even if we don’t fly business class, we also work. And to make the point, it opened on Labour Day.

The book was followed by a conference in 2007 under the title of ‘9 to 5 Festival’, with more than 100 speakers, from the founder of St Oberholz to Frithjof Bergman, a long-time theorist of the “new labour market”. About 500 visitors discussed the idea of self-organized collectives on the public stage.

As one of the results, the organizer of the festival, Sebastian Sooth, teamed up with Alexander Lang to create a wiki-style listing page to inform people about these new places of work – the German-language website Hallenprojekt.de. Sooth went on to open Studio70 and Lang opened co.up (first called Upstream), two of the first-generation coworking spaces in Berlin.

In 2009, Betahaus took the concept to a new level in terms of size and media attention. Since then, the market has boomed, with a total of 72 coworking spaces in Germany to date.

New coworking spaces popped up in all parts of the country – from small villages to big cities. In Berlin, three new spaces have opened in just the last two weeks, meaning the capital now offers 21 coworking spaces. Outside of Berlin, the cities of Hamburg, Leipzig, Munich and the North Rhine-Westphalia belt became further centers for this new form of working.

Along with the many spaces came an active coworking movement, operating on a nationwide level with constant meetings. However, unlike the 9 to 5 festival, these events are more concentrated on the topic of coworking. Probably a reason why one of its regular participants, Peter Schreck, the organizer of the coworking.de website, says the meetings have changed, “with more experienced spaces being less open to sharing ideas as the new ones”.

Another active member of the community would like to see a new impetus for development. Anni Roolf, initiator of the European Jelly Week last January, is now coordinating the 1st Coworking Barcamp Germany in early July, which will address a broad range of topics that are of interest to outsiders as well as insiders:

"We don’t want to only speak about topics that are of interest to coworking space operators, but also related subjects. Involving other groups will help develop the idea of coworking and its business models. There is also still a lack of understanding from outside this movement, and we can help to overcome this by involving other groups in joint events."

However, compared to other countries, it seems the German coworking movement is already very well developed. Peter believes that in Germany, the desire to share is stronger. Anni attributes it to the decentralized federal structure of Germany. “In countries like Britain or France, the coworking movement is concentrated due to the cultural and historical focus on the capital city since these countries are more centrally organized.” In such a situation, the goal of having a national network may not exist at all. (Which doesn't mean there's no communication among the spaces.)

The strong connections are also possible due to the distance of cities from one another. Within cities like London or Paris, the proximity of spaces to one another might be more likely to lead to rivalry. In large federal countries like the U.S., the vast distances between locations might cause interaction to be limited to a regional level or online networks such as the Coworking Google Group, which is also used for international interaction. Yet in Germany, the cities are far enough apart to not be crowding one another, yet close enough to allow frequent travel for meetings every second month.

Only Italy seems to be close to matching Germany in terms of connectivity within the movement, mostly thanks to a network and more frequent meetings under the umbrella of the Coworking Project.

Anni has a few simple suggestions for coworking spaces in other countries which are looking for better ways of integrating. Just start, she says, and keep the organizational structure simple. Create plenty of opportunities to exchange ideas, and put aside concerns about competition.

Focus on your original goal – to be self-managing, enjoy working for yourself and earning a decent income, without having to compromise on your principles. Together, coworking spaces can help other people realize this goal much better.

Or take a look at the story of Franz in “Berlin Alexanderplatz”, when these spaces haven’t existed yet. On his search for this life he ended up in a lunatic asylum.