Please click on the image to see more stats. 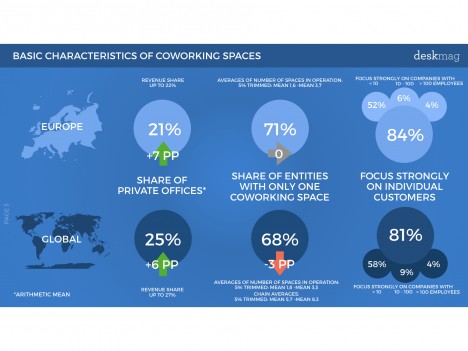 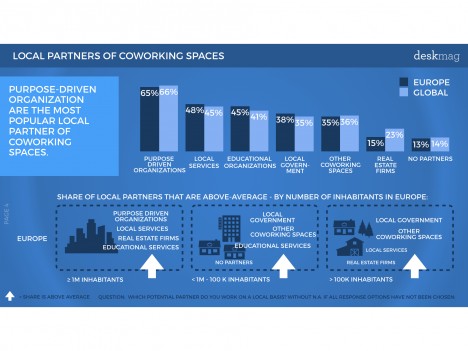 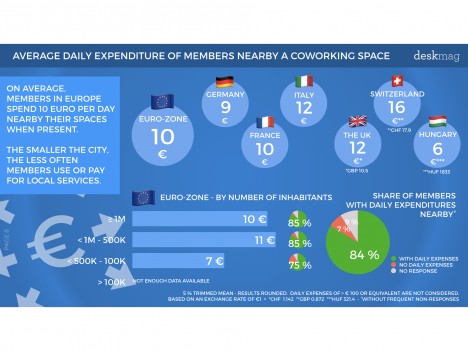 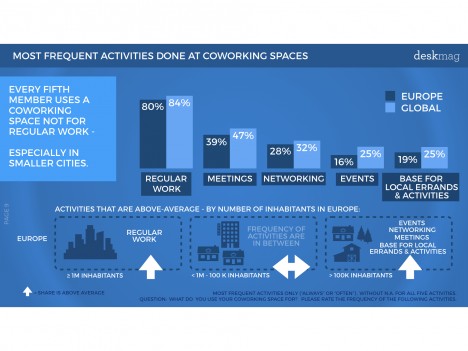 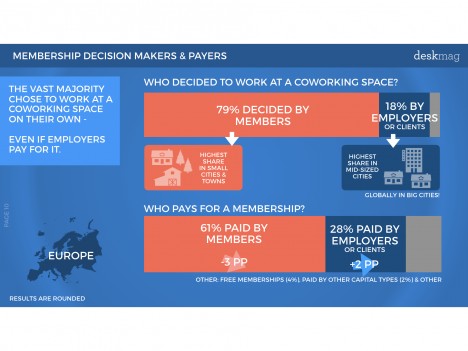 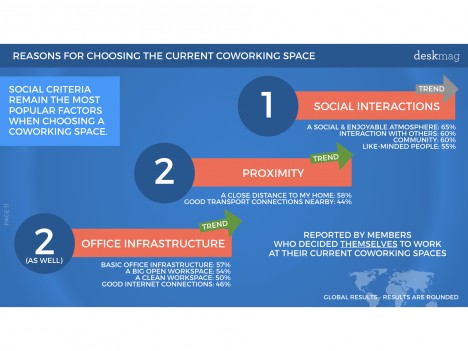 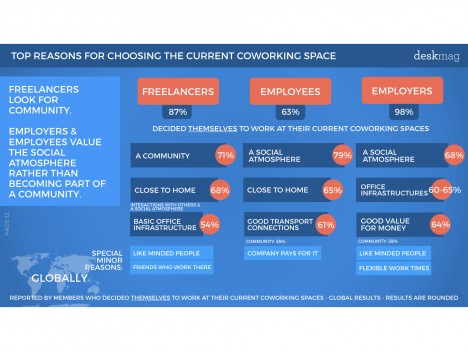 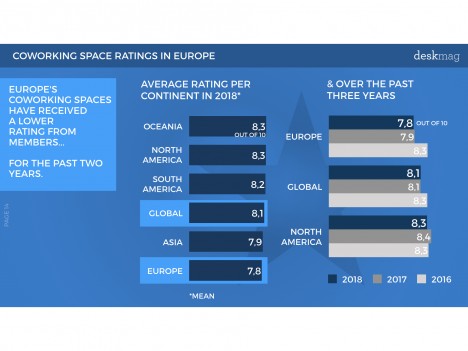 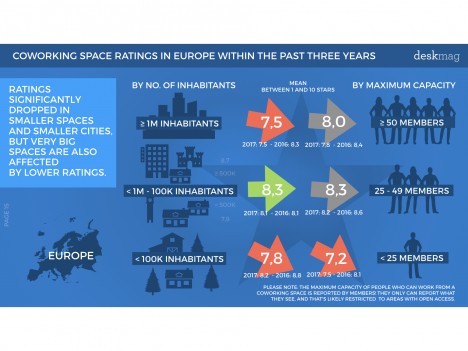 Whilst membership numbers and area are increasing in European coworking spaces, their popularity is slightly decreasing. Do large spaces with more members, private offices and employees lead to worse ratings among members? Yes, but less than expected. Surprisingly, it’s smaller coworking spaces in particular that are becoming much less popular. Read on to find out more about this trend as well as other developments in the European coworking scene.
By Carsten Foertsch - Wednesday, 21 November 2018

Within one year, membership numbers in Europe have increased by a third to around 90 members*. The average area has grown by the same amount to nearly 900 square meters (9500 square feet)*. Private offices, in particular, are filling the space - their share has increased to 21%.

The independent analysis of the 2018 Global Coworking Survey was supported by Essensys, Nexudus & WUN Systems - and the following results presented at Coworking Europe. Download the free report here.

In these three areas, megacities recorded, without doubt, the strongest growth. However, only one-third of all European coworking spaces are still located in megacities - less than on other continents. More coworking spaces have opened elsewhere in Europe: in medium-sized cities with less than one million inhabitants. However, this is hardly surprising when considering that even European capitals such as Amsterdam or Dublin don’t exceed this number if you exclude their surrounding area.

Only 4 out of 5 members use coworking spaces for their regular work, although this figure is slightly higher in large cities. On the other hand in smaller towns, members are more likely to come to their coworking space for meetings and events or use it as a base for local errands and activities.

10 euro per day is spent in the neighborhood

On average, when coworking members in the eurozone work from their coworking space, they spend 10 euros per day in the surrounding area. Considering 100 members per day who work 240 days a year (excluding weekends and holidays), a coworking space would contribute 240,000 euros a year to the local economy.

Similarly, the area around a coworking space affects the spending behavior. The smaller the town, the less often members spend any money in the area at all - probably because there is a lack of relevant offers.

The majority of members choose their coworking space themselves

Almost 80% of all members decided to work in a particular coworking space themselves. The current coworking space of the remaining members is chosen by the employer or their clients. This probability increases depending on how big the city is where they work. The bigger the city, the more members are working as employees, although in Europe the highest share can be found in mid-sized cities with 500K to 1M inhabitants.

▶ Next page: Community becomes less important, but people do not