Coworkers at The Hub São Paulo 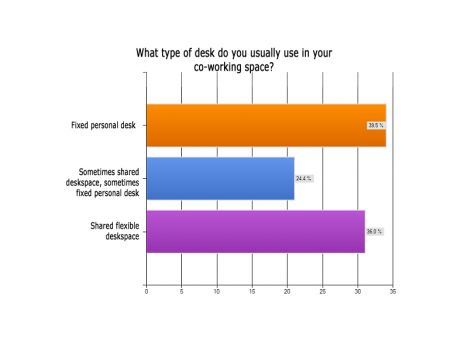 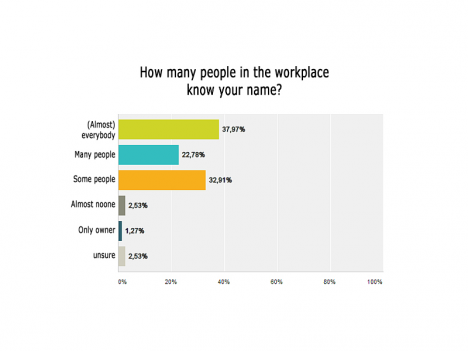 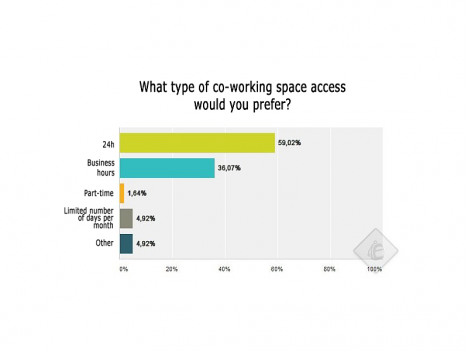 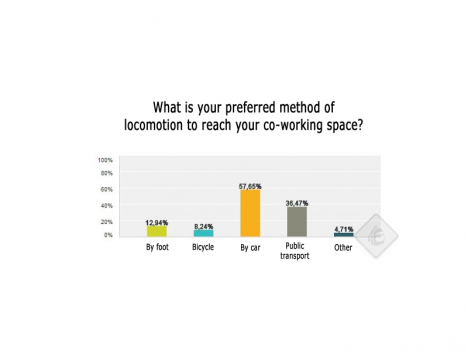 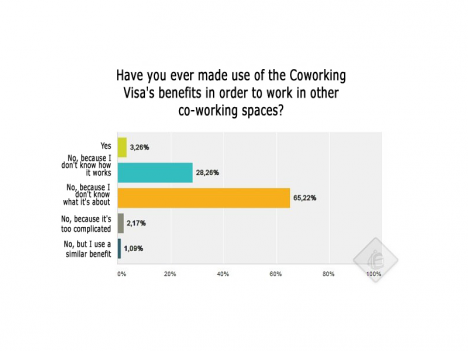 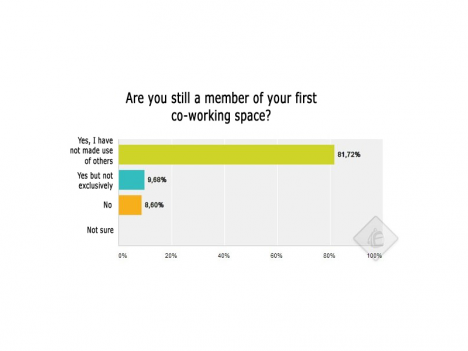 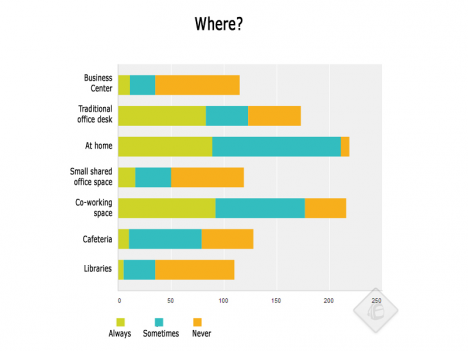 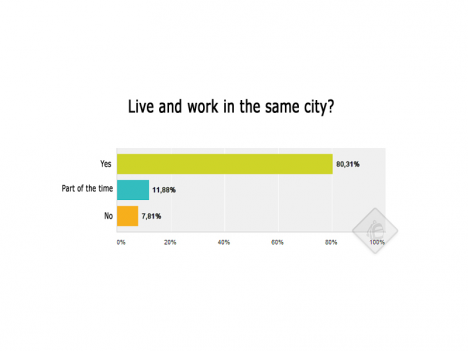 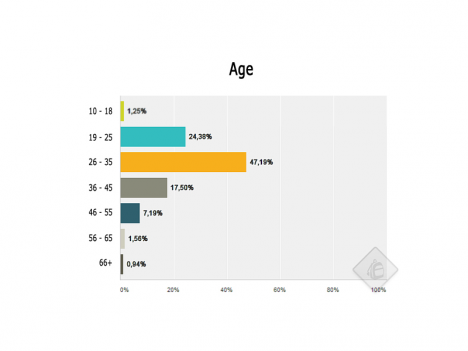 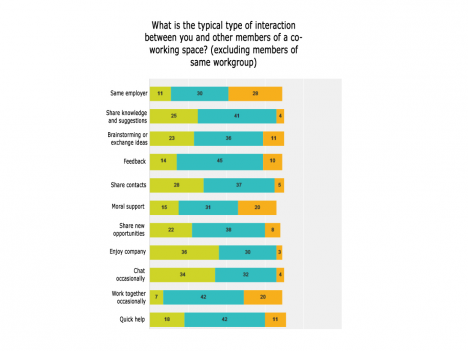 Brazil is one of the fastest growing economic realities in the world today. Coworking is also on the rise and presents itself to be a complex network of work environments within a dynamic market. Through a recent study conducted by Brazil’s workstyle magazine, Movebla, we can now explore different parts of this multilayered movement in figures.
By Diego Orlandi - Monday, 13 May 2013

"Coworking has been a reality in Brazil for the last 4-5 years, and there is still partial data as to how this phenomenon is developing,” reports Anderson, who conducted the survey for Movebla. He undertook this initiative with Pablo Handl, co-founder of Hub São Paulo, and Fernanda Nudelman, founder of Brazil’s first co-working space Pto de Contato.

321 people were interviewed between the months of February and March of 2013 and questioned about their reasons for joining a coworking space. The questions were mainly based on Deskmag's Global Coworking Survey. The study was split into four parts, focusing on the profile of coworkers, their use and access of the space, collaboration and integration, and also their own workspace.

The most common coworkers are specialized young professionals (40% are between the ages of 26 and 35). Mainly entrepreneurs and freelancers are interested in making use of the coworking space, which is usually located within their own city. However, 11% commute from another city, also revealing a nomadic tendency.

The use of different types of workspaces proved to be mixed, although coworkers typically avoid libraries and cafeterias, many of the subjects interviewed chose to alternate between working at home and coworking. It turned out that 66% had worked in a coworking space before. The common use of the term, in the graphs for a “business center” in São Paulo, indicates a more rigid type of temporary office space rental, as opposed to a coworking space.

“At the moment, I myself must act as a nomad. I work with many different clients. Every week I am somewhere else, today I am at my house, tomorrow in Argentina, Rio, El Salvador... I adapt my work to the place I am in. All I need is a laptop and a smartphone and that is how I adapt in a mobile style. Coworking is a definite need here. In the Brazilian reality one can also talk about coworking spaces in Rio, Curitiba, and Florianopolis. Brazil is a big country, and in some cities it adapts better, in other cities less,” recalled Anderson.

In Fernanda’s experience, “Pto de Contato was the first coworking space to open in Brazil in 2008. The idea came from my own needs, because I was working home-based and was very upset with this model. As I started to search for other workspace models, in 2005, I discovered coworking through Brad Neuberg's space, the Hat Factory, and I fell in love."

"Since then, I've studied a lot about the concept until I decided to open Pto de Contato (which means something like ‘touch point’). We started in a small place (16 workstations) and after 2 years, we opened a larger place (50 workstations) in a neighborhood called Jardins, the coolest neighborhood of São Paulo. Now, we have already the second location running and it's our flagship space, since we are starting an expansion in the whole country through a franchising model.”

The Hub São Paulo is a collaborative workspace that Pablo discussed. “Henrique Bussacos and I met a friend of ours, Maria Glauser from the Hub in London, who was also in touch with an investor that was interested in the idea. We started to study the potential of a similar project in São Paulo. We connected the 3 dots and started the project in 2006. We opened formally in April, 2008.”

The results from the survey show that most people in Brazil tend to look for a coworking space at the beginning of the year, usually around January or February. The majority of people have been coworking for about a year or two, and already 25% started in 2013. 46% say that they use their workspace daily, 22% go there a few times per week, and a surprising 18% declared that they only use their workspace around once a month. This indicates that within the coworking movement there is still an enthusiasm for sporadic work.

Interestingly, the awareness of offers like a coworking visa and other mobility benefits was surprisingly low. This shows that there is a limited interaction between coworking spaces and an individual’s mobility.

As the average travelling distance to a workspace was reported to be about 26 minutes, it seems that coworking is also a solution for many to avoid the stress of moving within a large metropolis. However, despite the efforts of some coworking spaces that use public transport as an incentive, it turned out that 57% of coworkers rely their own car and only 36% use public transport. This is probably due to a need for flexibility in regards to business meetings and interacting with clients. Another realization taken from the survey was that 59% of coworkers prefer access to their desk around the clock, and this was taken as clear sign to the owners of coworking space.

According to Anderson, “coworking is at a previous conceptual stage as it is still seen more as a business tool than a community. It is a method that is surviving although surrounded by conventional work culture. Brazil is growing so fast, but the non-traditional methods are starting just now. It has still taken small steps for such a big change, if compared to Europe and the USA. Initiatives like coworking and shared offices are in high demand here.”

▶ Next page: Collaboration and integration within the workspace