Artconnect: View from the outside 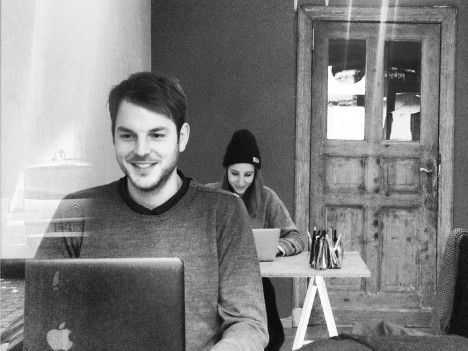 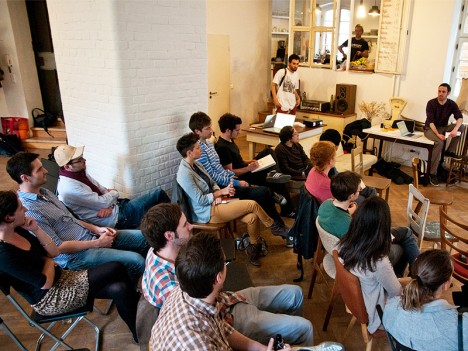 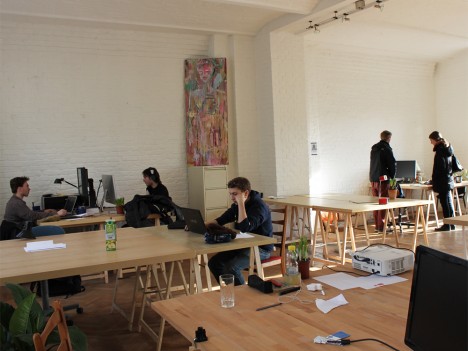 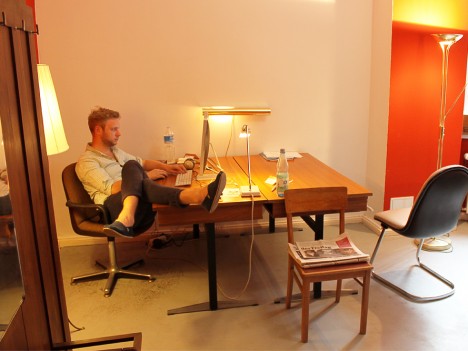 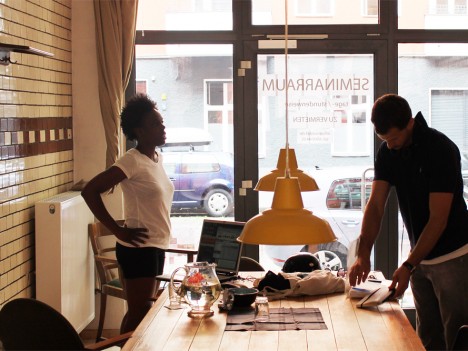 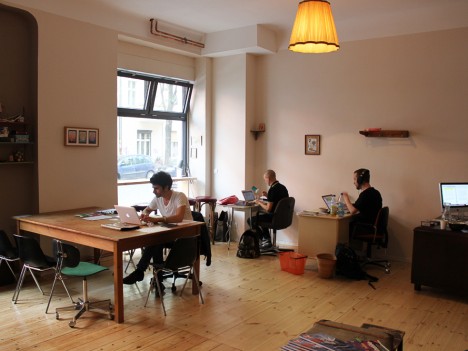 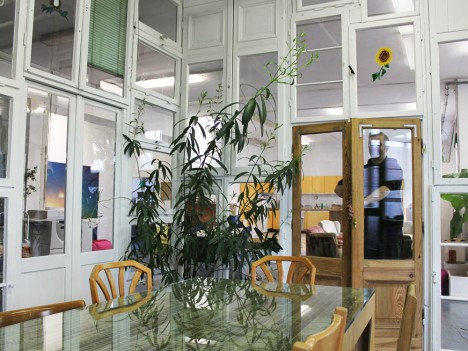 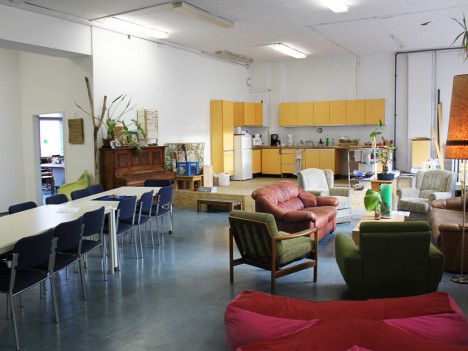 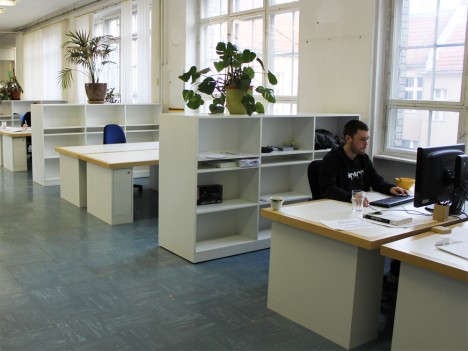 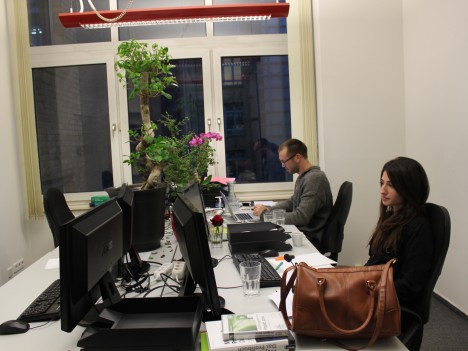 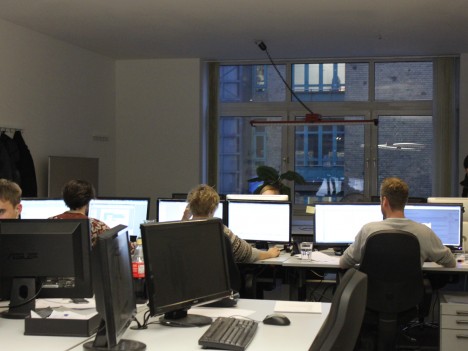 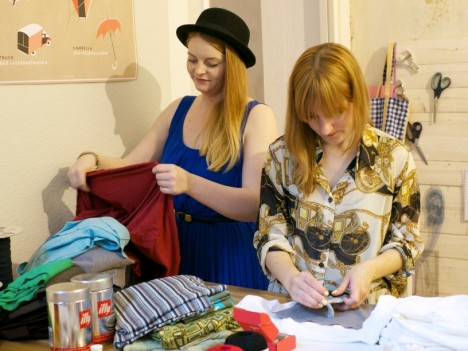 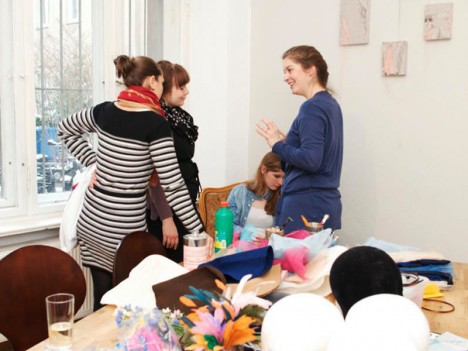 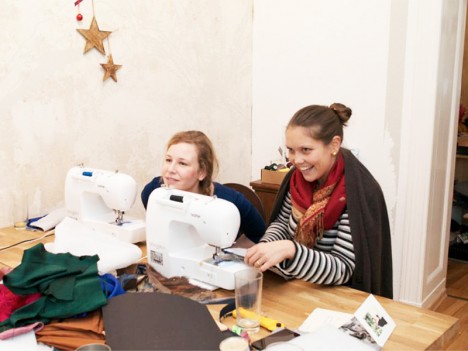 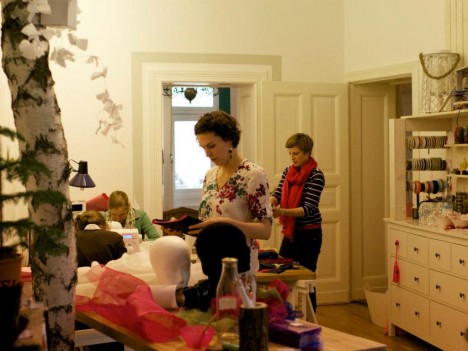 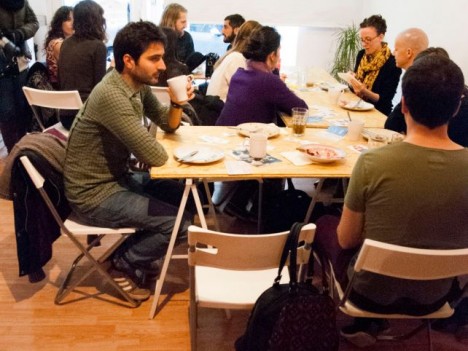 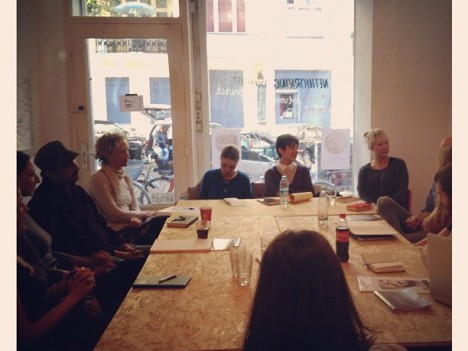 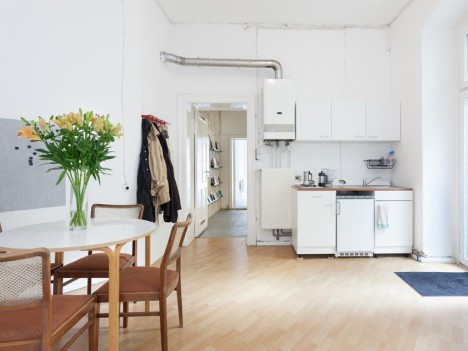 An increasing amount of artists are flocking to Berlin by the day. It seems that every hour that goes by a new set of creative minds are arriving, wide-eyed and hopeful to get a piece of the start-up cake. Yet, this creative renaissance is accompanied by a feeling of disconnect in the working world. Fears in regards to the wide spread gentrification around the city have got some people on edge. Native and long-time residents of Berlin are voicing their concerns towards the creative young forces that may be pushing out the businesses, which don’t live up to new standards of cool. That is why coworking may be an excellent solution when looking to combine community and new industry.
By Amanda Gray - Sunday, 02 December 2012

Neukölln, a neighborhood in the southeastern part of Berlin, is certainly experiencing this right now. Taking the place of Kreuzberg, which was formally viewed as the gritty unkept part of the city, Neukölln is now becoming rapidly gentrified and chosen place by a swarm of artists and young professionals looking to land. In a recent article titled “Neukölln Nasties” published by Spiegel Online, Germany's leading news magazine, Moises Mendoza discussed a recent trend of signs that have been posted all over the neighborhood. These signs urge newcomers to be conscious of the poorer inhabitants who call Neukölln home, asking them to be “creative and active against gentrification".

A ‘Creative’ Solution: Coworking in Neukölln

This is where coworking comes in. The movement offers independent artists, freelancers and entrepreneurs not only a space to work, but also a chance to become part of a community. The influx of younger people striving to make their way in Berlin’s creative scene could also be viewed as a positive change in neighborhoods like Neukölln. Coworking creates a space that allows people looking for a place to start in Berlin without having to pay a drastically higher rent, and their involvement creates an impact that is good for the community in its entirety.

For example Nordic by Nature, founded by Steffi von Kannemann and Nina Legnehed, is a music project/PR agency that aims to bring Scandinavian music to Berlin. It is located on one of Neukölln’s most popular streets, Weserstraße. Nordic by Nature has been open for three years. There are about eight spots open in their office, which may seem small, but is not at all uncommon. There are many coworking spaces spread throughout Neukölln, which also embody this cozy and communal feeling. Both Legnehed and Kannemann agree that sharing a space can be distracting at times, but they like the general idea of people getting together.

“At times it is sort of like sharing a flat, but that all adds to the sense of community”, said Legnehed in regards to just how close knit a coworking community can get. Aside from the two founders and their intern, there is also a fellow coworker in their office who runs his own record label.

“You can bounce ideas off of each other and have more fun,” said Legnehed. At the moment “all of the people sharing the coworking space are in the music industry, but we would be open to having someone who, for example, was a designer,” explained Kannemann. While both founders of Nordic by Nature agree that when there is a project that requires a lot of focus, it sometimes helps to work alone, Legnehed remembers a coworking space that she used to rent out, where that sense of community seemed to be completely lacking. “The space was completely quiet, it was uncomfortable, and so I stopped going”.

Located on the same charming street there is a place for those who love to work "actively creatively and collaboratively": Weserland. This space is perfect for those looking to stop in, for just €10 a day, or buy a "floater" pass for €50 a month. It's an open space that seems to really breed collaboration. If this isn't for you, Weserland also has reserved some of their beautiful desks in the back (silent) room to rent out. These "fixed" desks are very affordable, at only €150 a month.

Continuing on to one of Weser’s neighboring streets, Hobrechtstraße, there is "a studio for friends, friends of friends and other freelancers” which all come to work in a hostel: The Wostel. The space hosts an international group of coworkers, who do everything from translating to web design. The Berlin start-up Amen also started out at The Wostel.

The space is beautifully decorated, emanating a warm and cozy atmosphere. It was designed by one of the founders, Marie, who works as an interior designer and illustrator. All desks can be reserved online in advance, starting from €10 per day, or save a few bucks, there is 10 day pass for just €80. A monthly membership costs €175. If you are looking to get down to business, the space offers their “Seminar Space”, which is perfect for larger meetings, workshops, presentations or dinners.

For those looking for a creative and artistic environment to work in, it certainly wont be hard to find. Berlin is a melting pot for fashion designers. So no surprise that you also can find one of Berlin's first cosewing spaces in this same neighborhood. Nadelwald provides big tables to cut your fabrics and many sewing machines to bring them into the right shape. Passes are available on an hourly, daily or monthly basis. Nadelwald also offers you seven (days) at one blow for brave little tailors, starting at €170. Nadelwald is located on Friedelstraße, found in the middle of the Weser-Kiez.

A few meters ahead, there's space dedicated to start-ups. MAS Angelfund, which combines the services of a venture capitalist with curated work & meeting spaces. Desk prices start at €198, depending on team size and length of contract. Also on the same street, located in a former factory, is the Kreuzkölln Office, which offers some of their available desks to freelancers.