Why people don't cowork (yet) 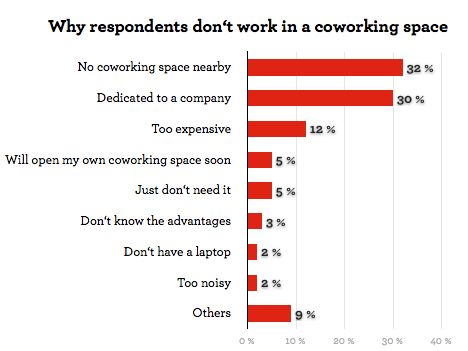 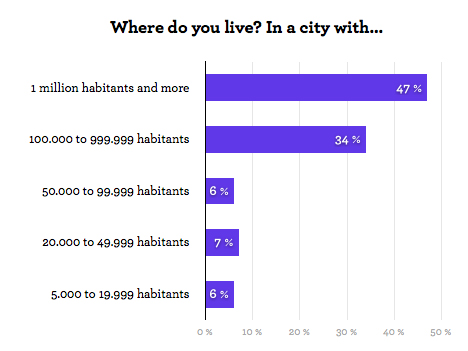 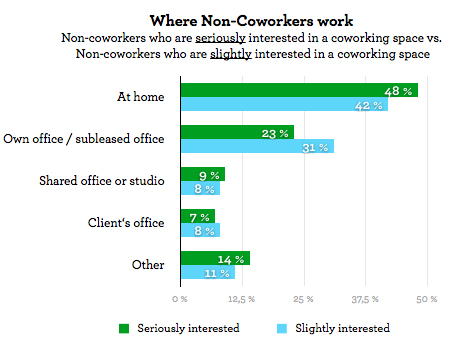 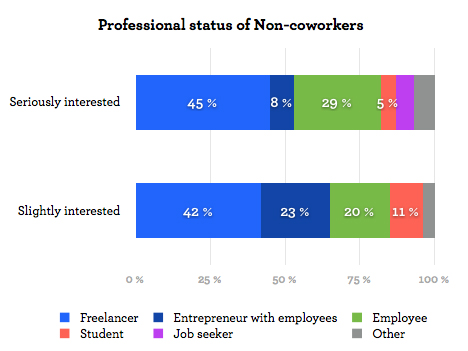 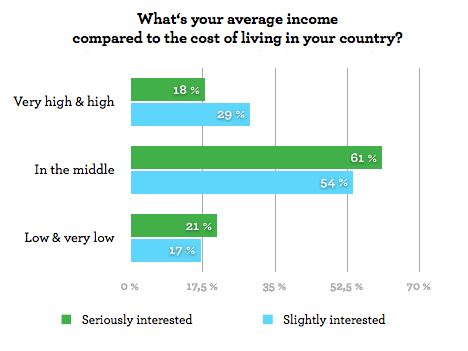 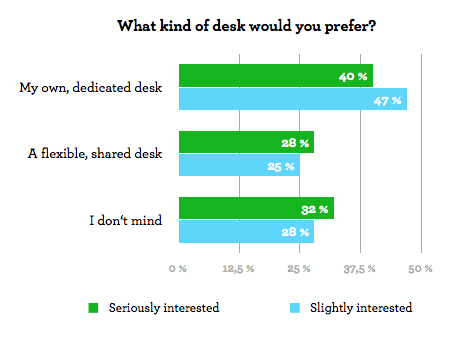 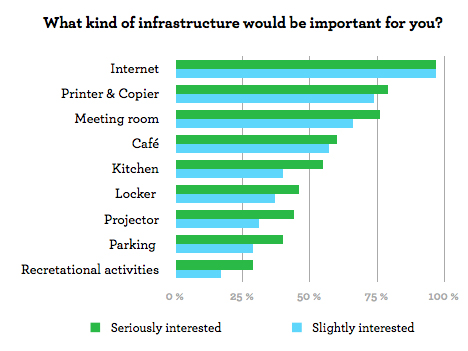 We’ve reported a lot about coworking spaces and their members. Today we look at the people who might be interested in joining a coworking space, and the possible reasons they haven’t done so yet. The two most important reasons first: either there is simply no coworking space in their vicinity, or they are tied to jobs in companies. About one in eight non-coworkers said price was a barrier to their participation – but sadly these people are the ones who could benefit the most from coworking.
By Carsten Foertsch - Tuesday, 22 February 2011

Our recent global coworking survey attracted a surprising number of responses from people interested in the concept, but who have not yet given it a try. Of these non-coworkers, 65% said they were seriously interested, 29% were slightly interested, and the remainder were non-committal.

About a third of these respondents are not yet coworkers because no such facility exists anywhere near them. Just the half of these non-coworkers live in cities of less than a million people, where coworking spaces are less common. So there's still a high demand for these new work spaces in both big and small cities.

Twelve percent said they weren’t coworking because the costs were too expensive. Among them are an above-average number of job seekers who can’t afford a desk due to their present financial situation. If they had enough spare cash, they would immediately join a coworking space. The global survey has shown that coworking helps people find jobs, meet contacts and increase their income, so what about a plan which gives about three months before the first payment is due?

The average income of those seriously interested in coworking is also in general below that of people only slightly interested – meaning those who most want to go coworking are more likely to be unable to afford it.

And where do potential coworkers currently work? Unsurprisingly, most presently work from home. The “slightly interested” potential coworker is more likely to be tied to another fixed office location, which is why the change is more difficult for them. These respondents also indicated that they would need to visit a coworking space less frequently. 69% said they would drop in daily or several times a week. Compare that to the 89% of “seriously interested” coworkers who said they would visit daily. Those coworking spaces that offer more flexible and varied usage arrangements are therefore at an advantage to cater to a larger audience.

And what are non-coworkers looking for? An internet connection is of course the most important factor, followed by a printer-copier, meeting room, café and kitchen. But what really draws them to coworking is not the infrastructure, but the atmosphere, and the ability to collaborate and interact with other independent workers.

It should be noted that these results were taken from the Global Coworking Survey, and therefore attracted individuals who were aware of coworking, but do not generally represent a cross-section of the wider community. They should be considered as the responses of people who are interested but not involved in coworking.