Enthusiast, Pragmatist, or Realist: Which type of coworker are you? 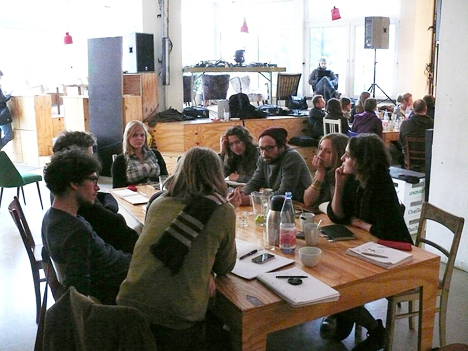 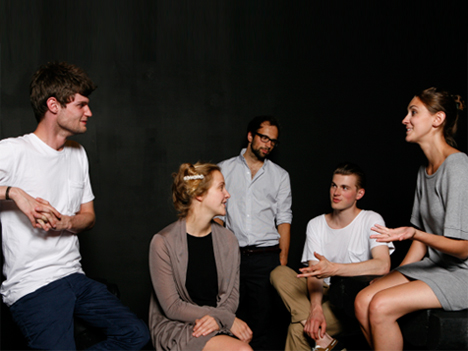 We already know a fair bit about coworkers. But for a deeper insight, it’s best to have detailed conversations. Five students from a Berlin university undertook a coworking research tour across Germany, collecting twenty-one hours of interviews that they summarized in a report. They found many similarities and differences between coworkers, and created a typology that helps us better understand the movement.
By Carsten Foertsch - Tuesday, 19 July 2011

Each coworker has very different reasons for chosing to work from a coworking space. It’s difficult to categorize them. However, a student research team, who call themselves Debüt, managed to identify three broad types of people within coworking spaces: enthusiasts, pragmatists, and realists. Despite the different attitudes of each user, the team of the UdK Berlin were also able to summarize a lot of things which coworkers have in common.

The coworkers who were interviewed felt strongly attached to the values of freedom and independence. Many of the respondents had been previously employed in companies, and purposefully chose their independence. They wanted projects that they enjoyed working on, and which gave them a sense of importance.

They like coworking because it fits their preferred working situation, and not vice versa. They can chose where and with whom they work. Coworkers are open to new ideas. They enjoy coming into contact with other people, and find it helpful to exchange ideas with people both inside and outside their area of expertise – as well as small talk around the coffee machine.

Communicating with other like-minded individuals gives them a feeling of support and a higher value of their own work - which strengthens them in negotiations with clients and companies.

Many show a willingness to support other coworkers with their skills. They don’t see other coworkers as competitors, even if they work in the same field. Equal treatment and equal conditions between coworkers are highly important to them. They reject the idea of hierachies, because they represent an old corporate culture.

Although the term “coworking” was a little confusing for the German-speaking respondents and isn’t wholly accepted, they did identify with the concept of coworking.

However, many of them believe that the theory of coworking promises far more than the practical implementation of it currently provides. Simple exchanging works fine, but cooperations between two parties, who share the same common goals, happen less often than they would like.

Some coworkers focus more on their work rather than on exchanging with others. This brings us to the three categories of coworkers identified by the Debüt research team:

The enthusiasts identify very strongly with the coworking concept and are active in their coworking space. They follow new developments in coworking through blogs and social networks, and attend events outside their spaces on the subject. In practice, they see the idea of coworking as already well established.

Within their spaces, they know most coworkers and encourage them to interact. As much as their worklog allows, they are open to cooperations and partnerships.

The enthusiasts see themselves as pioneering a new form of work, and want to promote the movement to the general public. They particularly like the idea of togetherness that coworking offers, and they enjoy working alongside like-minded people.

As the name suggests, the pragmatists are coworkers for rational reasons. Coworking spaces offer an inexpensive alternative to renting an office, and is more motivating than working in isolation at home.

When it comes to the philosophy behind coworking, the pragmatists are a bit hesitant. It is too idealistic, and doesn’t consider many parts of their daily working life. But they still enjoy the relaxed and creative atmosphere in coworking spaces.

They see the collaborative opportunities as an advantage. That said, their focus on pre-existing projects usually keeps them away from collaborations with others in the space. Similarly, exchanging ideas with others often doesn’t fit within their time constraints. They don’t know too many people in their coworking space.

The realists believe in the coworking philosophy in general, but they complain about it’s practical implementation. They take part in events every now and then, if there are some offered in their area.

They would like to collaborate more with coworkers, but barely find the possibilities to do so. In their opinion, too many coworking spaces are only desk rental locations, and don’t doo enough to ensure a collaborative atmosphere.

For the realists, coworking holds enormous potential, with a big and sustainable impact on the world of work. In practice, the right screws have yet to be turned to bring the ideas into the reality of everyday work.

The article is an edited summary of a small part of the final report by the Debüt students, Alexander Wordel, Antonia Märzhäuser, Benjamin Hoffmeier, Paul Stubert und Tabea Bork. They published their findings in a book called “The Potential of Coworking”. More information can be found at www.debuet.net.

The group says that their typology of coworking shouldn’t be considered as general statements about all coworkers. The number of interviewees was too small for an exhaustive study. But their insights were helpful to identify the existence of at least three different types of people who have made coworking spaces their professional homes.