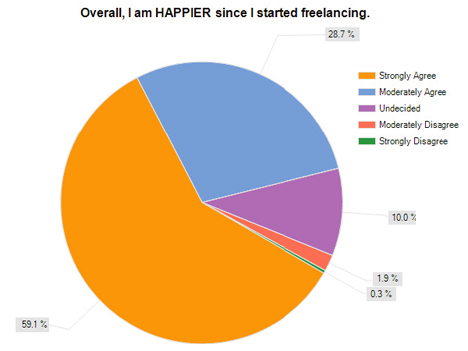 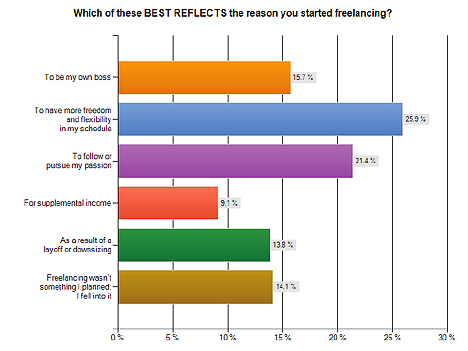 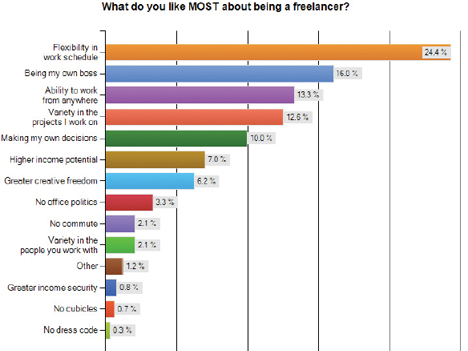 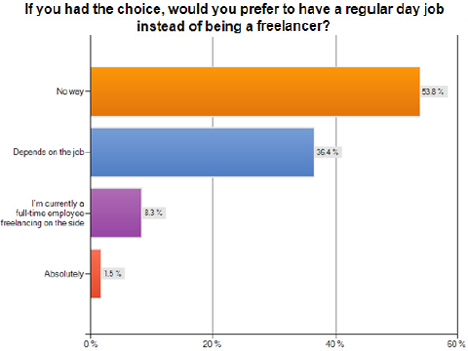 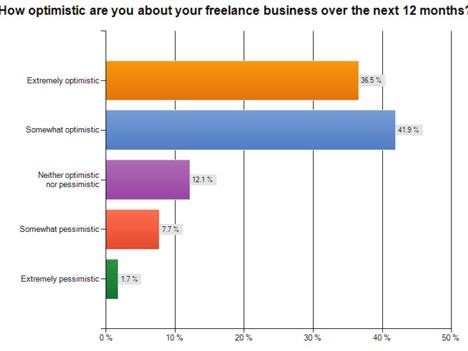 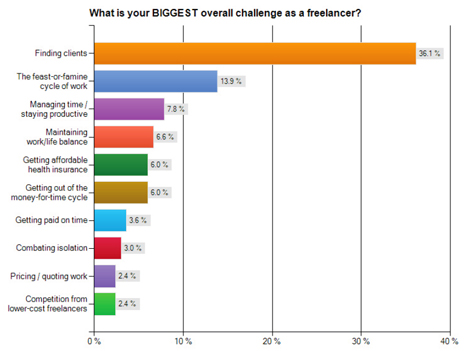 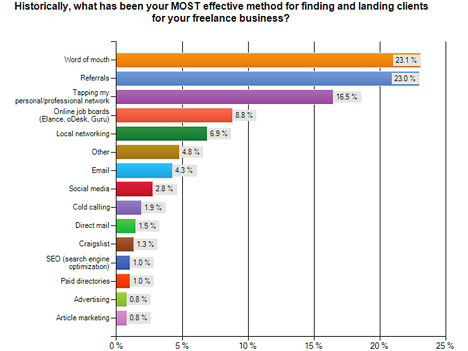 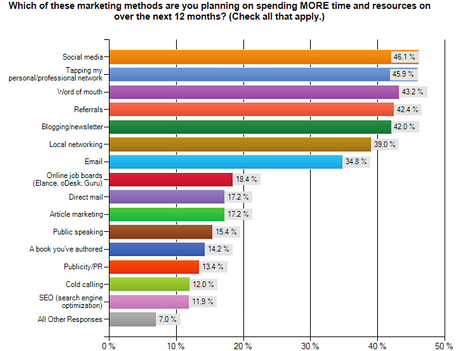 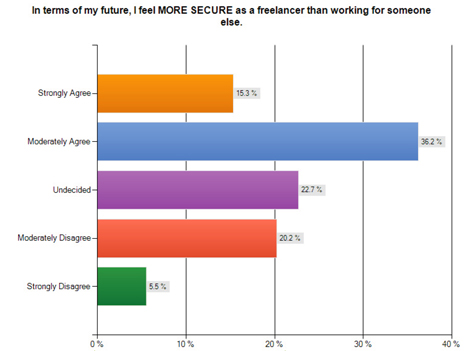 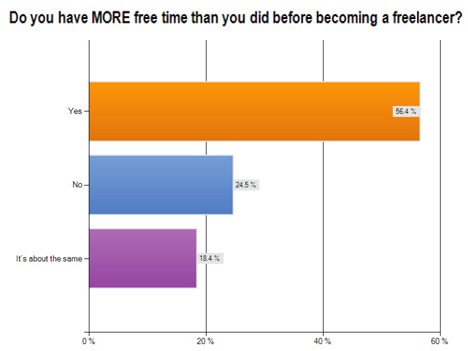 Three percent of freelancers use coworking spaces or shared offices, two percent work from cafes, while 90% still work from home. Those are findings from the Freelance Industry Report 2011, a worldwide study released recently. It found freelancers are mostly happy with their solo working situation, and almost half say they wouldn't take a regular job if offered. The report shows that there is still a very large number of freelancers yet to be exposed to the coworking concept.
By Beth Buczynski - Tuesday, 13 September 2011

“Politicians and the mainstream media seem to completely overlook this segment of the workforce!” writes International Freelance Day co-founder Ed Gandia. “When addressing the needs of small businesses, most discussions are centered on traditional brick-and-mortar operations, and freelancers and other self-employed service providers are ignored, forgotten or dismissed. It’s time to change this trend.”

To help raise the visibility of the global freelance market, Gandia and his team surveyed more than 1,200 freelancers in almost two dozen different fields and professions.

Some of the most striking findings:

Freelancers prefer the independent lifestyle. Every second freelancer has more free time now than they did as an employee. Additionally, 59 percent are happier now than they were before going solo, and 54 percent said that they wouldn’t even consider working as a traditional employee again.

Independent professionals have weathered the economic recession better than traditional businesses. Most freelancers (52%) say they have not been impacted by the economy or that they have faced only a very minor impact. Only 19 percent said that they have been significantly affected.

In terms of future, most freelancers feel more secure than working for someone else. Displaced workers certainly understand the inherent risks of being self-employed. However, most seem to also understand that taking control of their future by going solo can bring even more security.

Word of mouth, referrals, and tapping their own personal and professional networks are freelancers’ most effective methods for finding clients. Online job boards (9%) such as Elance and oDesk ranked above networking (7%), social media (3%) and cold-calling (2%).  However, when asked which marketing methods they were planning on spending more time and resources on over the next year, the top response was social media (46%).

Freelancers need to get out more. An overwhelming majority of respondents (90%) reported that they mostly work from home. Three percent said the work in a coworking space or shared office, while two percent work in cafes or other public locations.

It is of course this last statistic that is of most interest to the global coworking movement. Although coworking spaces are multiplying rapidly, they aren’t being utilized by the majority of the freelance community. That might help to explain why the report also found that managing time, staying productive, and maintaining motivation throughout the work week rank among the top challenges freelancers experience.

Freelancers can find and book coworking spaces on Deskwanted.