The State of the Freelance Economy 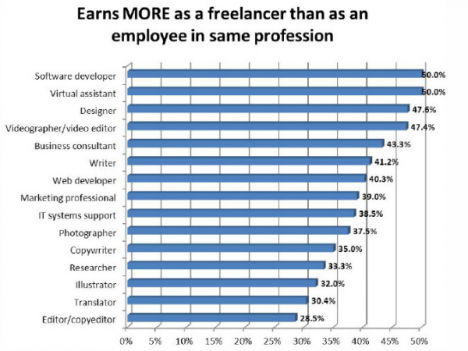 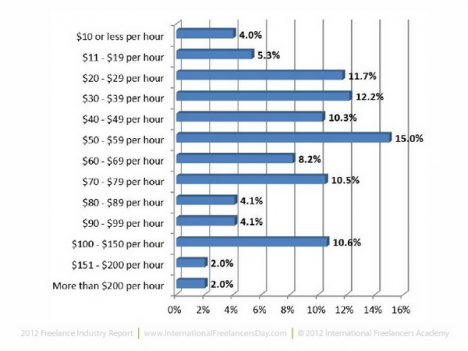 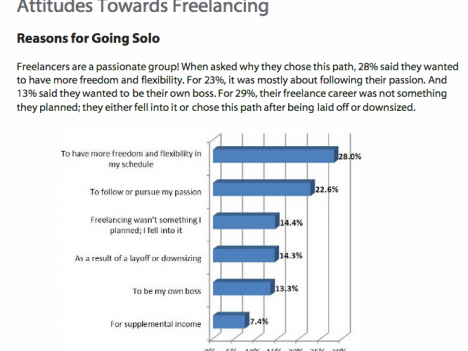 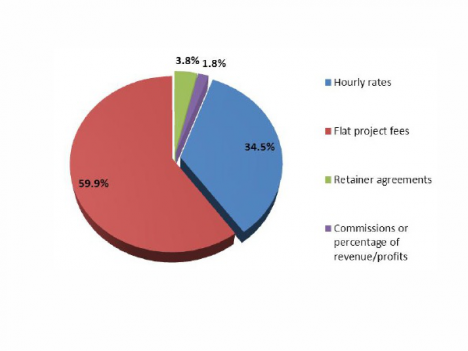 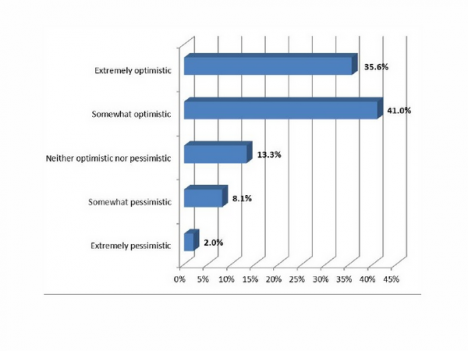 Is freelancing worth it? Should you trade the security of a nine-to-five for the turbulent seas of self-employment? The answer is yes. According to a survey, 90% of freelancers are happy with their chosen career. You won’t find those numbers in many so-called real jobs. For freelancers who left traditional employment behind, 38% are now earning even more than they did as an employee in the same field. Truth be told, freelancers are having their moment in the sun. There’s never been a better time to ditch the corporate rat-maze and start working on your own terms.
By Tim Gregg - Tuesday, 12 February 2013

Freelancers were once like ninjas. Silent. Mysterious. Invisible to the general public. Few people knew we existed; even fewer understood what we did. Our shadow economy was rarely discussed by outsiders.

But that’s all starting to change. Economic decline has rendered many career paths obsolete. Companies are doing less hiring and more outsourcing. Self-employment is becoming the new normal, and we’ve got the data to prove it. Two recent surveys show that the freelance economy is highly developed and growing fast.

No-one knows how many freelancers there are. The label is too broad. Any kind of contractor or irregular worker could be considered a freelancer, but might not think of themselves as such. So an accurate headcount is near impossible.

"Beware of using any statistic as definitive,” says Dan Lavoie of the Freelancer Union, a New York-based advocacy group. “So much of this depends on how you define freelance. The last time the US government counted independent workers was 2005. They said there were about 42 million, or roughly one in three workers. That number has surely grown."

Over half of all freelancers are designers or writers. In the Freelance Industry Report, 20% listed their profession as designer. Wordsmiths were divided in three categories: writer (18%), editor/copyeditor (10%), and copywriter (10%). Next in the list were translator (8%), web developer (4.5%), and marketing professional (4%).

Taken as a whole, at 39% writing and editing is by far the most popular freelance profession. Elance's State of the Freelance Market confirms these numbers: 38% percent listed “writing and content” as their main skill set.

So who exactly is the typical freelancer? The Freelance Industry Report profiled respondents by age and gender, with some surprising results. While you might imagine most freelancers as baby-faced “digital natives,” only 12% of respondents were in their twenties. Three quarters were between the ages of 30 and 59.

And plenty of freelancers are providing for their families. Half said they were the primary income earner at home; 30% were the sole breadwinner. Which brings us to the most interesting question...

Setting rates and convincing clients to pay them is one of our biggest challenges. Most freelancers are curious about what their colleagues charge, and the Freelance Industry Report sheds some light on the subject.

Respondents were first asked how they bill their clients. Sixty percent used flat project fees; 35% charged by the hour. The remaining 5% used retainers and commissions. For the sake of comparison, all earnings were calculated as an hourly rate. 12% were paid US$20-29, while the same share earned US$100-150, the average was between US$ 50-59.

These number show that hard-working freelancers can earn respectable money. Most encouragingly, 38% said they earn more now than they did as an employee.

For freelancers who left traditional employment behind, 38% are now earning more than they did as an employee in the same field. And a surprising 29% didn’t work in their current profession until they went out on their own—a sign that many freelancers are willing to retool in order to pursue a passion or craft that is in high demand.

The Elance survey found that 57% were earning more money, and 42% had more work than the previous year. But it offered no specific figures on earnings, which isn’t entirely surprising. Bidding sites like Elance and oDesk are notorious for low-paying work – a fact they’re not keen to publicize.

▶ Next page: workload, satisfaction levels and forecast for 2013