The profile of ex-coworkers & non-coworkers

Many members also come back right after lunch: Uncubed, Denver 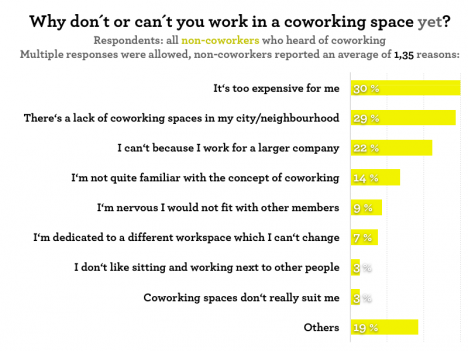 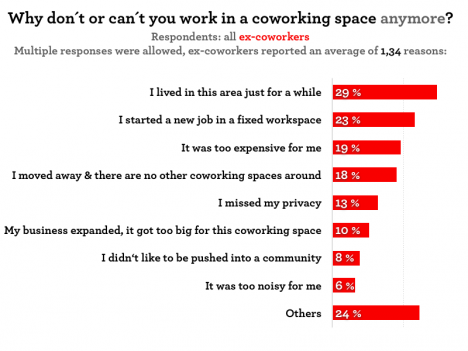 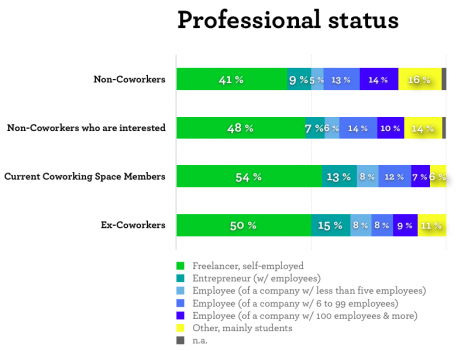 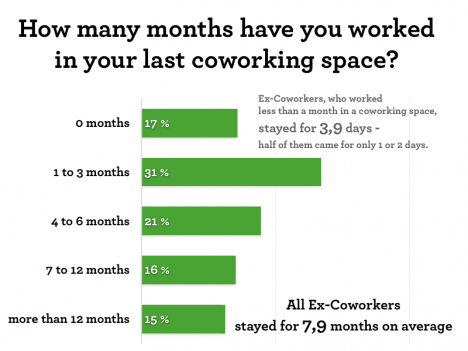 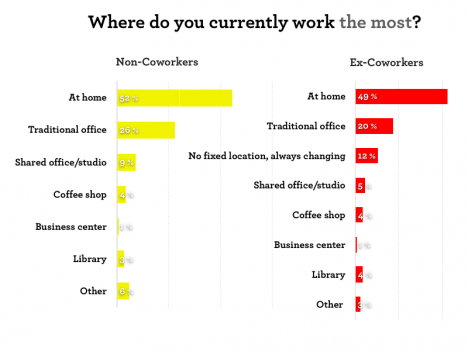 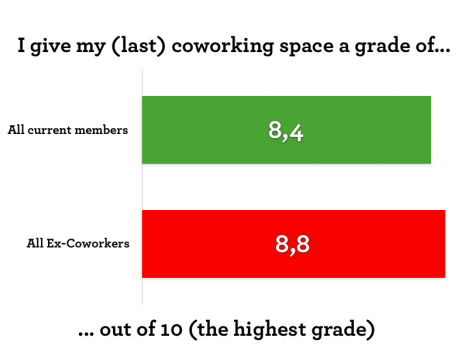 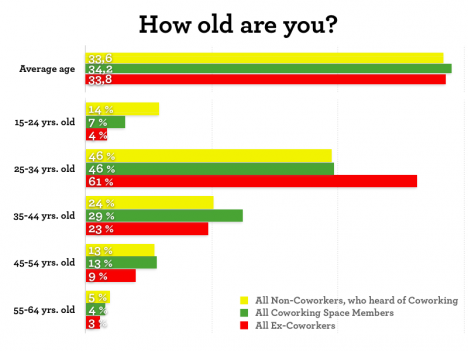 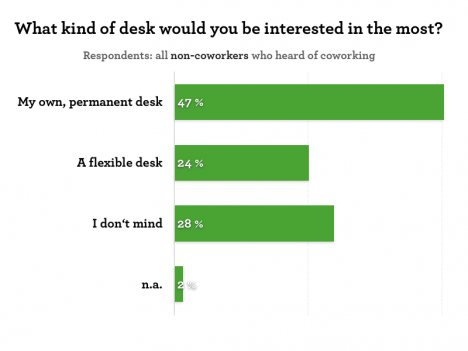 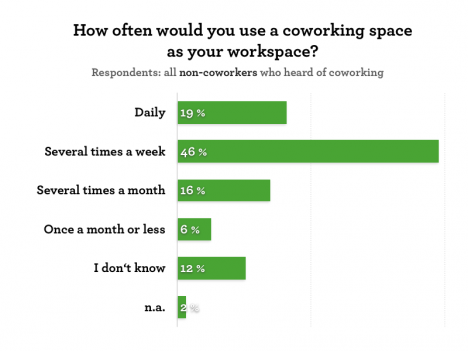 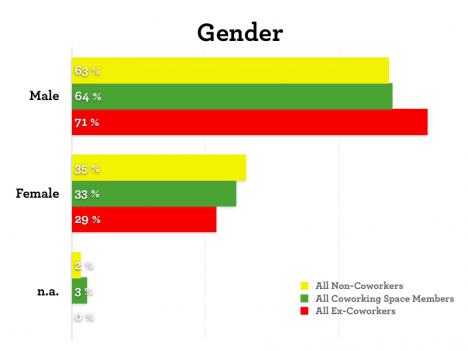 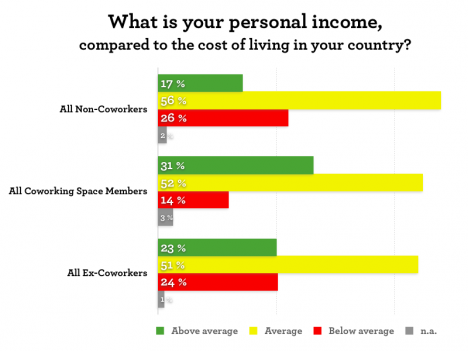 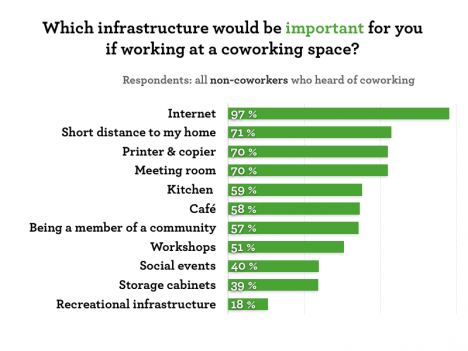 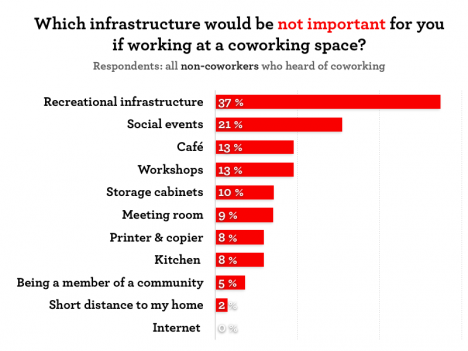 As more coworking spaces open their doors, more people become acquainted with them, and coworking spaces in turn attract more new members. But it is not quite so simple for everyone. While the movement grows, there are some who forgo joining a space, even if they would prefer to work in one. Others renounce their membership and return to their home office, despite their continued interest in coworking. Why these people decide against coworking is examined in the ninth part of our Global Coworking Survey.
By Carsten Foertsch - Tuesday, 12 June 2012

The Not-yet Coworkers: prices and a lack of spaces the biggest barriers

Let’s start in the pre-coworker phase. We asked people who had already heard of coworking, are interested in it, but still aren’t a member of a space. Half of those people currently work in a home office, and one quarter in a traditional office. There is no single reason which prevents the majority from working in a coworking space.

The biggest barrier is the cost, which almost one third of these respondents can not (always) afford. A further 29% responded that there was simply no coworking space in their area. The two groups overlap to some extent; on average, respondents came back with 1.3 reasons.

A fifth of non-coworkers consider their employers as the main barrier. The larger the company, the greater the obstacle to begin coworking. By taking into account the occupation and age of non-coworkers and comparing them to current coworkers, more accurate results can be obtained.

Besides employees of medium and large businesses, young students in particular would opt to work in coworking spaces, but are unable to afford the membership. Evidently, they have lower incomes at their disposal, and make no or little livelihood besides their field of study. They do, however, belong to the group that is highly likely to move into a coworking space following termination of their studies. Providing special student offers would thereby act as early investment into future generations of coworking space members.

High prices also represent a barrier for freelancers and independent workers in particular. If a coworking space is suitable for their respective professions, however, they are more likely to move to a coworking space than students or employees.

Another potential barrier remains respondents’ understanding of the work trend, despite their knowledge of it. Nonetheless, considering the frequently superficial coverage of coworking in mainstream media, whose reports on coworking are akin to a day in a petting zoo or with extraterrestrials life forms, we expected much wider knowledge gaps.

There are many additional reasons that prevent people from working in a coworking space. Some are repelled by the prospect of lugging heavy equipment to a coworking space each day. Others say they can’t work effectively on a laptop. Some meet too frequently with colleagues or clients elsewhere.

The Ex-Coworkers: changing place of residence or workplace more often

Amongst the ex-coworkers is an above average number of students and employees working for big companies. A proportion are also entrepreneurs with small business teams; at least one in ten coworkers leave a space due to business expansion, which rendered their coworking space too small. If suitable, coworking spaces could respond to this exodus by expanding work areas.

This said, coworking spaces are confronted with special challenges when resident companies grow beyond four employees. Larger anchor tenants, for example, can affect the membership structure and the relationship dynamics within spaces. Because coworking spaces offer an average of 43 seats, a sudden departure of a ‘larger’ company of, for example, 10 members, would mean an instant one quarter decrease in monthly revenue.

Coworking spaces also can barely influence the two main reasons of leaving. 29% of all ex-coworkers lived only briefly in the space’s vicinity, and 23% started a new job that required them to move workspace.

Lack of privacy (13%), a noisy environment (6%) or the feeling of being forced into a community (8%) were comparatively seldom cited as reasons. Some coworkers even left a space due to a lack of community. Other reasons included restricted opening times, or beginning new projects that were no longer suitable for a coworking space. A contract drought or unemployment may also explain some departures.

The ex-coworker usually worked around eight months in their previous space. One in six stayed less than one month, though represent a very particular situation: these coworking tourists stay in a space an average of four days. Half of them took advantage of a coworking space for only a day or two.

The average age of the former coworker barely differs from that of active members (34 years old). Nonetheless, there are some anomalies when comparing the different age groups. 25 to 34 year-olds leave their coworking spaces more often than other age groups. This is perhaps because they belong to the group which is still establishing themselves in their chosen occupation, or contrarily is not fixed in it. Men also tend to bind themselves less frequently to a permanent coworking space. Whether gender plays a role or not, more men made up the ranks of ex-coworkers.

Ex-coworkers - just as non-coworkers - earn on average considerably less than active coworking space members. Once they leave a space, they usually return to where they worked prior to joining a space. The home office and the traditional office are once again the highest-ranked workspaces. On the other hand, compared to the non-coworkers, other workplaces (for example libraries) come in a little higher.