co.up: A coworking space in Berlin. 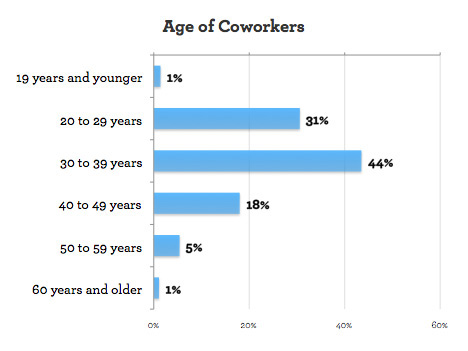 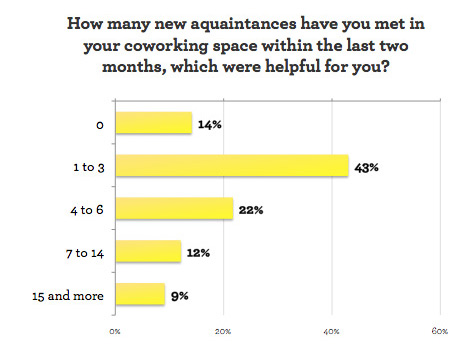 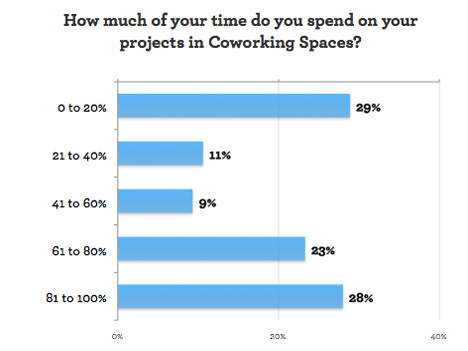 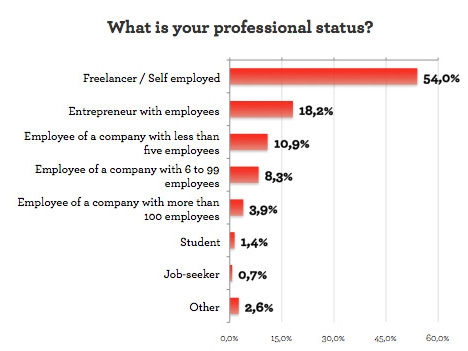 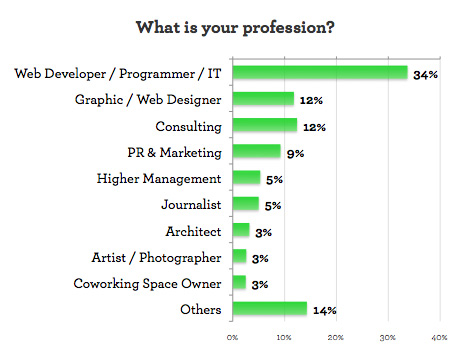 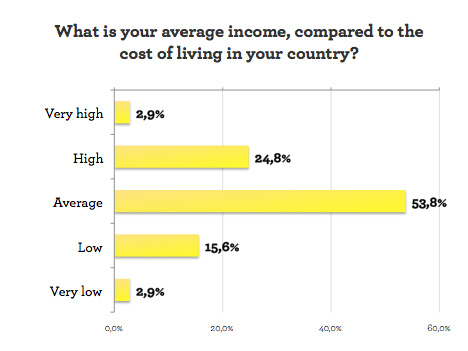 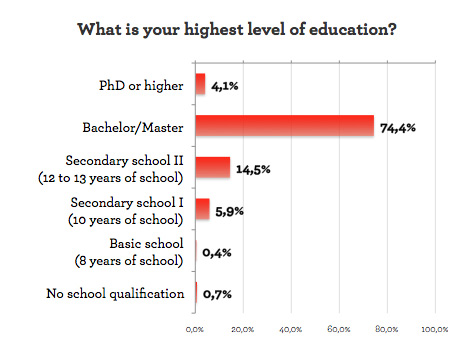 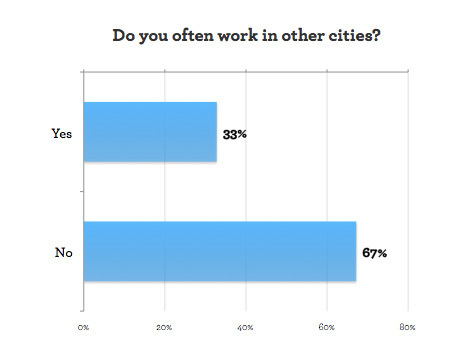 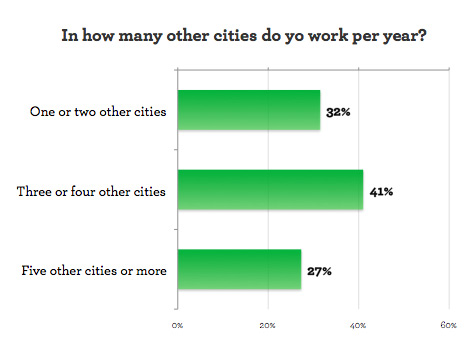 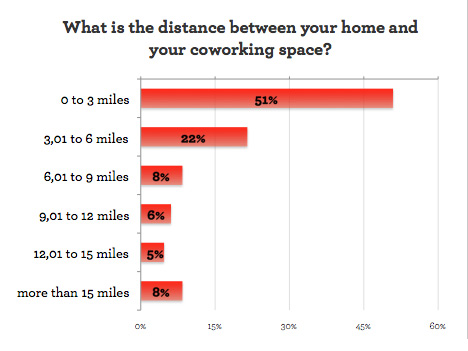 The number of coworkers worldwide has risen dramatically over the past year, with a coworking community almost doubling in size. That’s one of the apparent outcomes we can extrapolate from the results of the global coworker survey, which Deskmag continues to analyse this week. Today we look at a profile of the average coworker – who are they, how do they work, how much do they earn?
By Carsten Foertsch - Thursday, 13 January 2011

One interesting statistic is that half of all respondents reported they had started coworking in the past eleven months. When combined with other research by Deskwanted that shows the number of coworking spaces has almost doubled in the past year from around 350 to over 650, the conclusion is that the total number of coworkers worldwide has also doubled. And it shows that customer growth has spiked recently, and remains unbroken.

Most coworkers are in their mid twenties to late thirties, with an average age of 34. Two-thirds are men, one third are women. The same ratio of men to women is generally found in the wider entrepreneurial and small business statistics across Europe and the U.S.

Slightly more than half of all coworkers are freelancers (54%). Almost 20% are entrepreneurs who employ others. Similarly, one in five work as a permanent employee, most of them in very small companies with less than five workers. And four in five coworkers start their career with a university education.

The overwhelming majority of coworkers now work in the field of creative industries and new media. Most of them are web developers or programmers, although the boundary between job descriptions is fluid and many coworkers specialize in more than one specific field.

Every ninth respondent is a graphic designer or web designer. Just as many are active as consultants focusing on the creative industries. The fourth-largest industry is PR and marketing. It’s worth mentioning that journalists, writers, architects and artists are also present in coworking spaces.

By attending a coworking space, many individuals report making new acquaintance who have had a positive effect on their own work. Within the last two months, 43% of survey respondents reported meeting one to three helpful acquaintances, while another 43% have found four or more such connections.

The majority use their workspace to carry out short-term projects. Every fourth project does not go beyond a period of one week. Almost two thirds of all projects take no more than a month.

At least one in three coworkers travel often to other cities, and almost half of them travel to more than three or four cities per year. They are very interested in the concept of the Coworking Visa, which would allow them to visit workspaces in other cities. Less than 60% of all coworkers consider themselves loyal to their current coworking space. One in five people worked at least once in another coworking space, and one in four had even been to three or more.

And what does the average coworker get for their efforts at the end of each month? A quarter of all coworkers indicated that they earned more than the national average income. Fifty-five per cent consider themselves to be right in the middle income bracket. Less than one in five live on below-average incomes.

Best paid of all are web programmers and IT specialists, as well as those involved in advisory activities. In the middle are graphic designers, press agents, architects, journalists and those in non-commercial activity. As could be expected, artists earn the worst wages of all.

Unsurprisingly, incomes seems to increase with age; the youngest respondents typically earn the least. Occupational status has influence on income; entrepreneurs who employ workers earn the most, while employees in small firms are the least renumerated. Freelancers without additional staff are in the middle.

These results come from the first global coworking survey, which involved 661 participants from 24 countries. The next part in the series looks at the development of coworking spaces themselves.