The best environments for small and medium businesses were India, Austria, Scandinavian countries and most of South America. 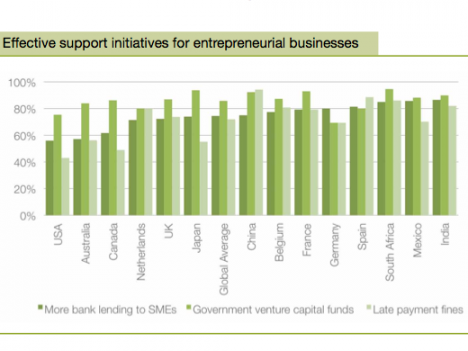 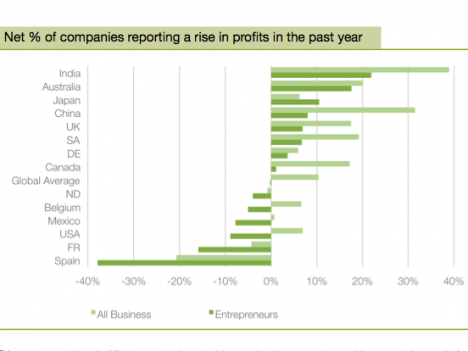 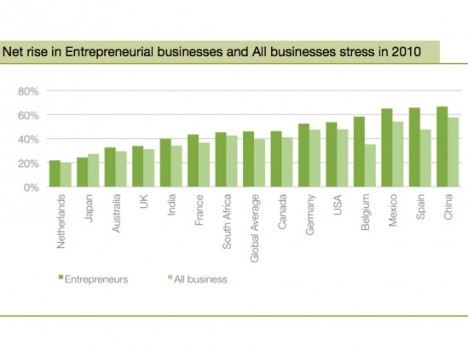 Two thirds of all small business operators worldwide started their new company in the last two years in an increasingly difficult environment. They feel increasingly ignored by politicians. The three most important demands to their governments: Put more pressure on banks to give loans, make more programs to support start-ups, and introduce harsher penalties for customers who fail to pay their bills on time.
By Carsten Foertsch - Sunday, 28 November 2010

A recent global survey shows that three quarters of small businesses feel ignored by their governments. The worst responses came from entrepreneurs in Spain, Mexico and the United States. Only entrepreneurs in India, France and China reported positive public initiatives.

The problems of small business founders differ in each country. While those in India, Mexico, South Africa and Western Europe are finding it difficult to access credit from banks, in the U.S. and Canada funds are still flowing sufficiently. But in those locations there are fears about falling income and rising taxes.

Late payments are a particular problem in China, Spain, South Africa and India. The European Union is currently considering a law to resolve this issue, yet it will only penalize those who do not pay their bills after 60 days. Greater start-up funds are particularly sought by respondents in South Africa, Japan, France and China.

In comparing the political initiatives in individual countries, it appears that the best support comes from the Scandinavian countries, South America (except Argentina), India and France. However, it seems that entrepreneurs from the unsupportive countries are the ones who need the most help to expand - the greater the expansion plans, the greater the unmet need for government support.

The results were published as part of a Regus Global Study, undertaken by the business center operators twice a year. More than 5,500 entrepreneurs from 78 countries participated in this survey in August and September 2010.

The entire study with greater details can be downloaded here.