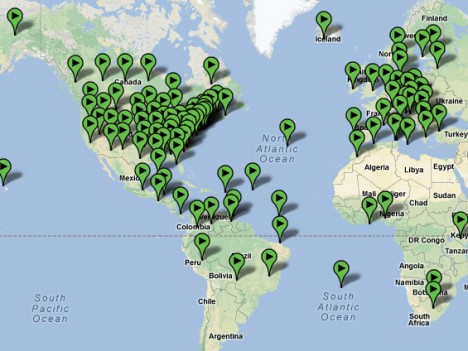 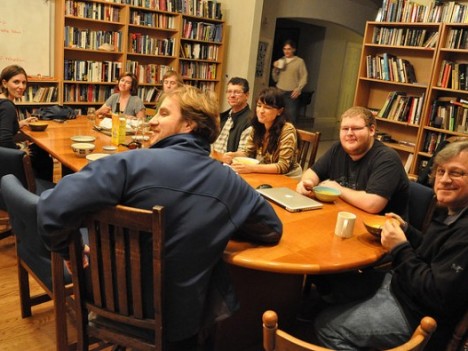 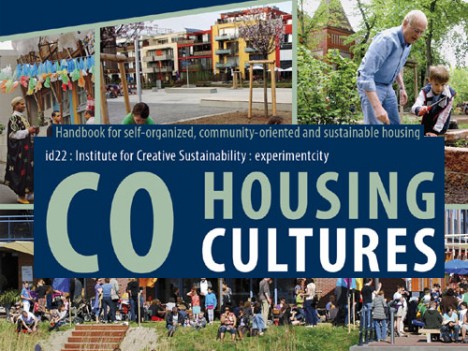 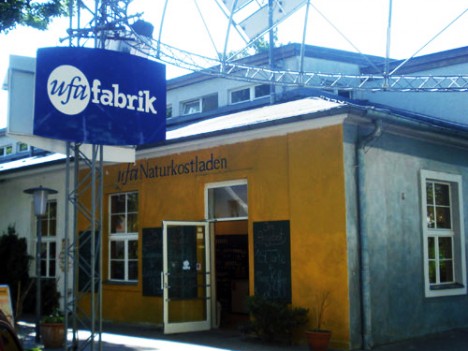 Cohousing, like coworking, capitalizes on the idea that communities of people coming together and working from the bottom up can accomplish individual and group goals effectively, efficiently, and creatively. Cohousing specifically focuses on sustainability-related issues, especially in an urban environment. Parts of its roots go back to communes of the 1970’s, but with time these ideas have evolved to become less radical and more pragmatic. In the last ten years especially, in Berlin as well as in other cities worldwide, cohousing has become accessible and attractive to a greater variety of people than its precursors had been able to actualize.
By Laila Cola Weeks - Thursday, 28 February 2013

According to Cohousing.org the idea "originated in Denmark, and was promoted in the U.S. by architects Kathryn McCamant and Charles Durrett in the early 1980s. The 'living community' contains private homes which offer all features found in convential homes, but residents also share extensive common facilities, such as open space, courtyards, a playground and a common house." There are hundreds of cohousing communities worldwide, found everywhere from Denmark to Canada, Australia, Sweden, New Zealand, the Netherlands, Germany, France, Belgium, Austria, and countless other locations. Cohousing.org listed more than 200 active or planned projects in the U.S. as well.

In order to increase awareness and understanding in regards to cohousing, a recently published handbook takes a look at 9 different cohousing projects across Europe. Deskmag interviewed the coauthors of the book to learn more about the cohousing movement and exaclty how cohousing and coworking intersect.

In fall 2012, the Berlin-based organization id22 published CoHousing Cultures: Handbook for Self-organized, Community-oriented and Sustainable Housing. The goal of the handbook is to create awareness of cohousing in a general sense as well as to focus on nine specific cohousing projects in nine different European cities: Berlin, Basel, Stockholm, Brussels, Tübingen, Milan, Vienna, Copenhagen, and Amsterdam. The dual-language book (German/English) was coordinated by Dr. Michael LaFond and Thomas Honeck and includes essays from numerous cohousing experts as well as first-hand accounts from individuals who have had experiences with the different projects. It is with this rich and varied co-authorship that the handbook paints a colorful and diverse picture of the current cohousing scene in Europe.

The handbook exposes readers to many solutions that have arisen in order to face the various problems of housing in the urban settings of today. Deskmag spoke with Mr. LaFond who emphasized, “the focus on diversity,” saying that, “people, especially in a big city, need a lot of options. Family structures are not standardized like they used to be.  Cohousing and coworking are a response to that.”

LaFond said that, “id22 started in the ufaFabrik [in 2000] …which is a place that is quite significant as a pioneer for reclaiming, reusing, redeveloping different land and space and doing it, not in a temporary way, but in a sustainable way, long term. And that’s been the theme for our organization for 10 or 15 years now.” Id22’s first project was the Festival for Culture, Community, and Ecology in the summer of 2000.  In February 2003 id22 had its founding meeting that turned it into an official nonprofit, which supports “creative sustainability.” LaFond explained the term by saying that theoretically, id22 is very much influenced by artists like Joseph Beuys, who said that, “every person is an artist”. It is this ideology that enables and empowers individuals to find creative solutions that fit their personal needs. LaFond went on to say that on the political side, id22 believes that, “all people should have the right to help shape their local environment.”

Between 2002 and 2005, id22 organized a project called WEEK of Sustainability to bring together individuals from a wide range of sustainable projects, but, according to LaFond, it was difficult to reach a larger audience. He said that the main problems lay in the terminology.  A general public seemed to shy away from terms like “sustainability” because it carries with it some connotations that can be inaccessible.  He said that subsequent projects maintained sustainability as a basis, but put more accessible topics at the forefront.

For example, id22 has been coordinating the Experimentcity initiative with the Experimentdays events in Berlin since 2003. The Experimentdays events have focused on one particular theme each year, while at the same time showcasing creative sustainability in a setting of workshops, lectures, and innovative urban excursions called creative sustainability tours. “What we do at id22 is basically communications work.  It’s studying these things, it’s writing about them, it’s communicating, it’s networking, it’s publicizing, it’s organizing events; it’s all communications related.  It has to do with marketing in a sense, and it has to do with the language, so it matters what you call it … everything has a label and has to be accessible.”

▶ Continue to learn more about the cohousing community