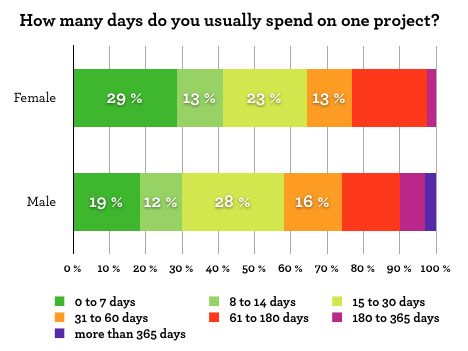 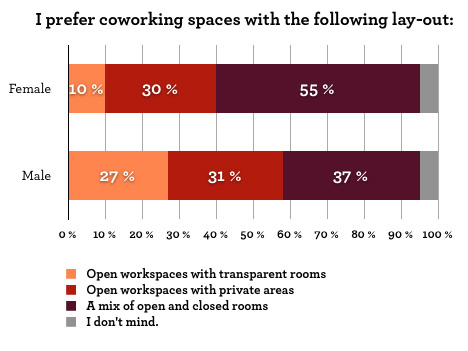 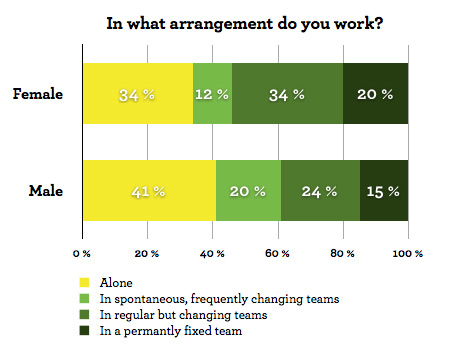 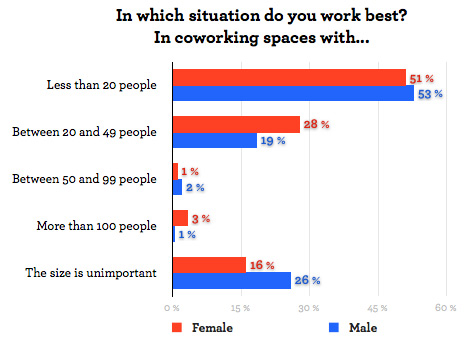 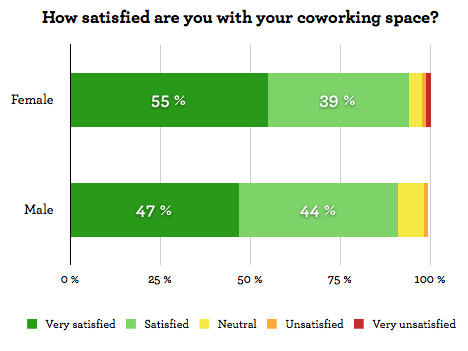 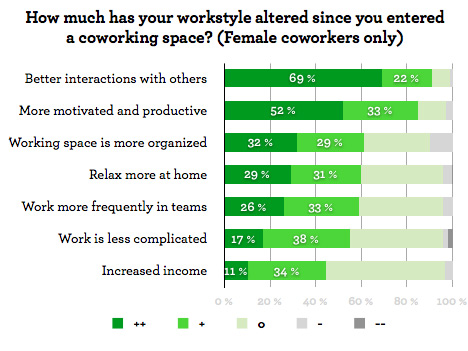 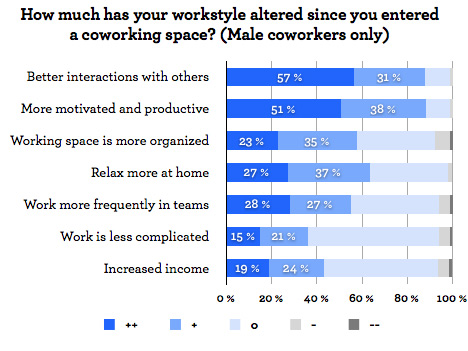 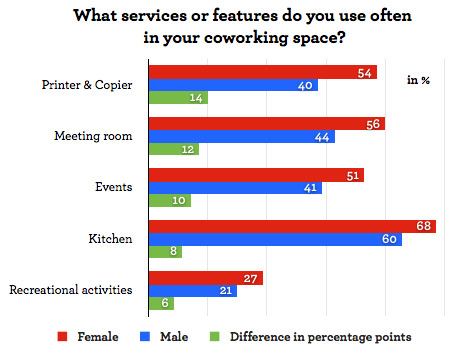 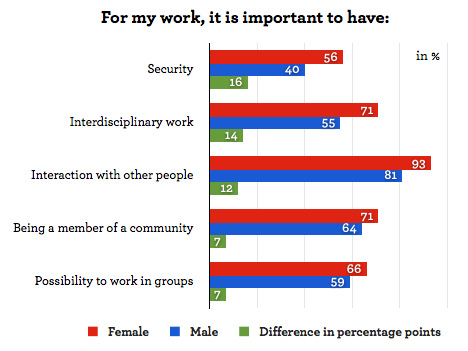 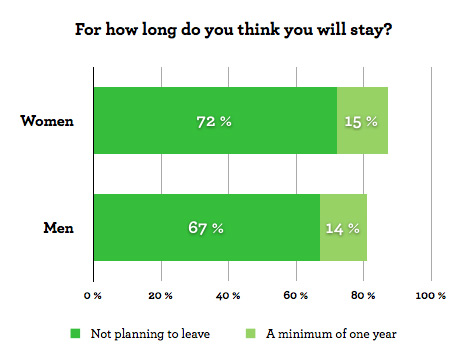 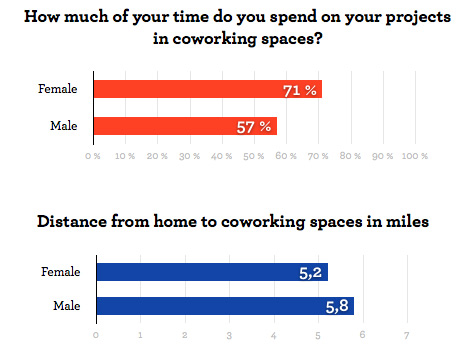 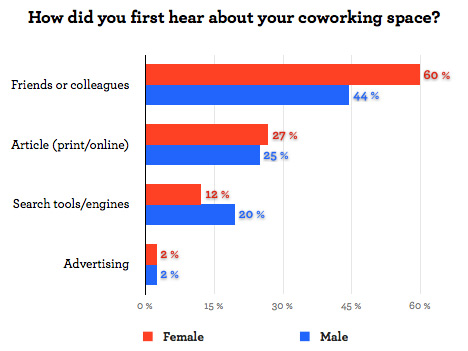 Are there differences between the situation of men and women in coworking spaces? Quite a lot, the global coworking survey has revealed. Among the most stark differences – women undertake much shorter projects, they are more likely to have a university education, but they earn lower incomes than their male coworking colleagues. They can substantially improve their income by joining a coworking space, but still to a lesser extent than men. Yet they are highly satisfied with their membership at their coworking spaces.
By Carsten Foertsch - Thursday, 20 January 2011

Men are on average twice as long engaged in a project than women. A third of all female coworkers complete their projects within seven days, yet only one in five male coworkers finish their projects in that time scale. That might partly explain the lower income for women. Also, almost every second man works in the programming-oriented professions, while for women the figure is one in ten; programmer and IT experts are among the highest earners in coworking spaces.

Should coworking spaces differentiate themselves to favor women? Female coworkers do have a different opinion on how their workspace should look and function; they prefer having a mixture of closed and open working spaces (55% versus 37% for men). Having only open workspaces is something that suits only one in ten women, but one in four men.

Responses to the survey indicate that women make more use of meeting rooms (54% to 40%). The overall size of a coworking space is something they take into consideration when selecting where to work; 80% prefer a space with less than 50 desks, while men are a bit less concerned about this factor (70%).

In general, women look for more ways to interact with other people. When choosing a coworking space, interaction is the most important criteria for females. They also believe that belonging to a community is an important factor. They work more often in teams than men, work less often alone, and attend more events. They also value office security and the opportunities for interdisciplinary work more highly than men.

The recommendation of friends or colleagues is more highly considered when selecting a workspace (60%), while for men this advice is less important (44%). Men rely more frequently than women on internet search engines to find their workspace (20% to 12%).

Coworking spaces with connections to buses and trains are more highly valued by females – almost 40% travel to work on public transport, and they are less likely to arrive by bike than men.

Female coworkers appear to be a little more committed to their workspace than men, as they plan to remain longer in their current location. They also complete 71% of their tasks within their coworking space, while for men this figure is 57%. Men are more frequently on the road and working in other cities. Because they travel more often, they expressed more interest in utilizing the coworking visa concept than women.

And how do women report their experience of coworking? Females often have more positive feedback. They report fostering better interaction with other people (91% to 84%), they believe their individual working conditions have become much less complicated (55% to 36%). Overall, they are slightly more satisfied with their working lives. Yet when it comes to how they feel about the work they produce within a coworking space, females and males are almost equal in their positive responses (94% to 91%).

The female way of coworking - an interview on the results